Aid to the Church in Need ACN) on November 5, 2018, released the following interview with Bishop Raphaël Dabiré, President of the Episcopal Commission for the Clergy and Bishop of the diocese of Diébougou, in the southwest of Burkina Faso. His country, which borders on both Niger and Mali, is subject like its two neighbors to the pressures exerted by jihadist groups on all the peoples of the Sahel. Nonetheless, it can still be seen as an oasis of tolerance between the various religious communities. Christians account for 23.9 percent of the population, whereas 54.2 percent is Muslim and 21.3 percent animist.
How are relations between the various faith communities within Burkina Faso?
Our country has a tradition of religious tolerance which we do our best to maintain. I am regularly invited to the religious celebrations of the other communities. For example, on the most recent feast of Ramadan, I went, at their invitation, to a Muslim place of prayer. I did not take part in the sacrifice of the sheep, but I shared their joy with them and wished them a good feast. In the same way, the imams and the customary chiefs are invited to our Catholic Mass on the major feast days, and they join in a part of the celebration, generally leaving at the moment of the homily. These are symbolic acts of presence, accompanied by little acts of recognition as expressions of fraternity among us. When a priest dies, to give you another example, the imams never fail to express their sympathies to me.
How do you explain this general climate of good relations, at a time when the Sahel is shaken by ethnic and religious conflicts?
Our country has a solid tradition of tolerance and good relations between the faith communities. Almost every family has members who are Muslims, Christians and animists. It is something acknowledged by everyone.
This familiarity enables us to approach each other’s religion without any taboos, and even with a degree of good-natured irony. I think that the good relations between the communities in my country can be explained to a large extent by what we could call the propensity for teasing. It involves taking the liberty of making good-natured fun of my neighbor’s religion, on the understanding that he will do the same in regard to mine.
Does that mean that Burkina Faso has no problem in relations between the religious communities?
Sadly, no. Our capital city was attacked by terrorists last March, leaving around 30 people dead. The police and military are regularly attacked by jihadist groups, using antipersonnel mines and in organized ambushes. Naturally, the cowardice and violence of these attacks affect us deeply.
These attacks appear to be directed from outside the country, by groups from Niger or Mali. But are the Burkinans – the Burkinabé – themselves ever tempted by jihadism?
We don’t know the whole story, and undoubtedly there are some isolated individuals from our country who are involved in these actions, but overall, our society is resisting those who are seeking to divide us.
Three weeks ago certain individuals smashed the statue of Our Lady in a church, along with four other statues. They left a somewhat enigmatic message, giving to understand that Christians should not worship statues. During the Mass of reparation, I urged my parishioners not to jump to hasty conclusions. We should leave it to the law to do its work. This act of desecration was an isolated act, fortunately, and I hope it will remain that way. 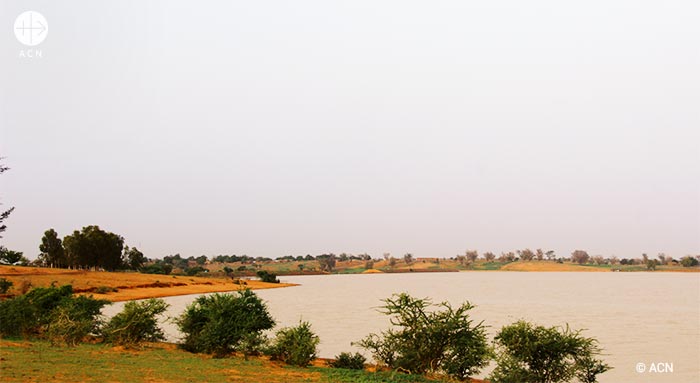 A landscape in the Sahel: water, the most precious natural resource in the region.

Burkina Faso is regarded as one of the poorest countries in the world. Do you see any development in the situation?
It appears to me that the economic situation is stagnant, and I’m afraid that, once again, it’s the actions of the terrorists that have a lot to do with it. They discourage investors who might otherwise take an interest in our country. Youth employment, in particular, is a major cause for concern.
This poor economic situation is a threat to the stability of the entire country. The opposition to the present president Kaboré, who is a Catholic and was elected in 2015, is playing on this instability in order to undermine his government. But it needs to be said that there is no religious conflict behind this agitation, and besides, there are also Christians among the opposition.
How is the Church faring in your country?
Our community is fervent in its faith. The churches are filled, from Saturday until Sunday evening, and we have a very lively liturgy. There are plenty of priestly vocations and plenty of demand for baptism. But we have to remain vigilant and accompany this fervor. We need more catechists, and we need more resources to support our seminarians.
This is a vital task, without which people’s faith will remain fragile. In the villages, for example, we see Christians going back to pagan practices when they find themselves facing difficulties. This is a challenge which we must respond to through religious formation. 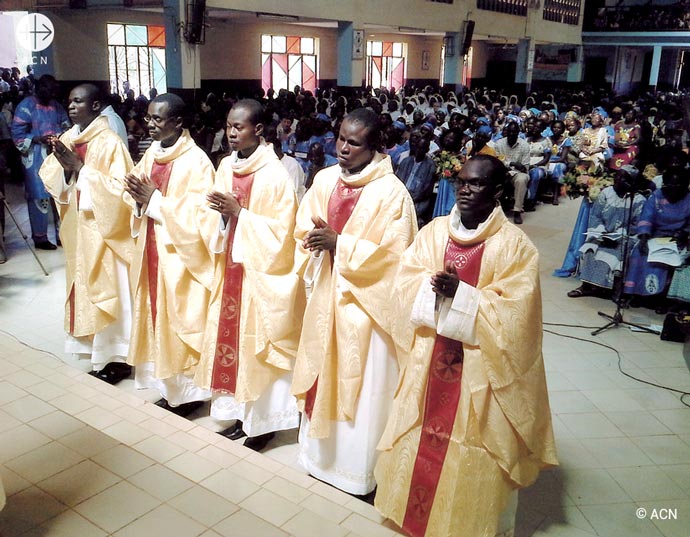 Do you have a message for the benefactors of ACN?
A huge thank you. Thanks to the support of your association we are dealing precisely with this great need for education, among our young Christians. You are supporting us in building the essential infrastructure, such as the seminaries, the parish offices, and catechetical facilities. You have also helped us obtain vital means of transport, including bicycles, mopeds, and cars, which are essential in many of our far-flung parishes where it is absolutely crucial to enable the priests and catechists to reach the people!
In 2017, ACN supported more than 60 projects in Burkina Faso for a total of almost 750,000 Euros. 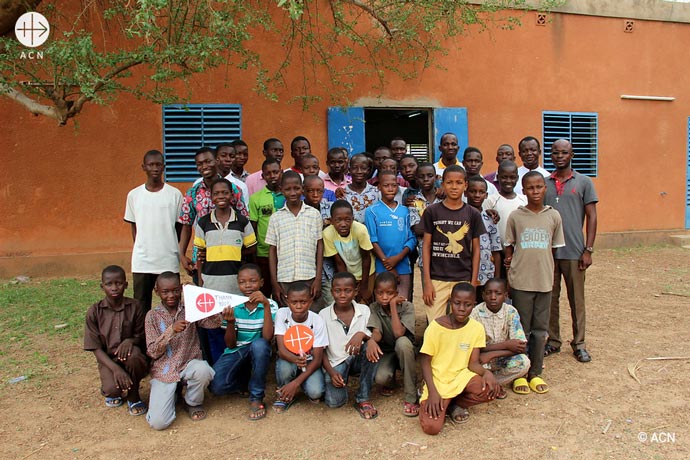 On this #SeaSunday, we entrust to the Virgin Mary, Star of the Sea, all maritime personnel, fishermen, and their families. They have made many sacrifices – even during the lockdown – to continue working to provide us with food and other primary needs.