(ZENIT News / Vatican City, 07.07.2022).- In a new installment of REUTERS’ interview with Pope Francis, the Holy Father addresses topics such as the sale of a building on Sloane Avenue, in London, the good faith of the priests who were asked to manage the Vatican’s funds and also Cardinal George Pell’s role.

Regarding the sale of the building in London, purchased by the Vatican’s Secretariat of State in 2014 and sold recently, the Pontiff hopes it’s the last episode of financial scandals. In fact, the case of the London building has an open trial involving ten people, among them a Cardinal who, although he retains the title of Cardinal, has been stripped of its privileges, including the possibility to vote in a future Conclave. In 2014 the Secretariat of State managed its own funds, without any control or revision by anyone else in the Holy See. The London building was acquired during this period.

In the interview, the Pope states that he thinks sufficient controls have been established so that scandals of this nature aren’t repeated. 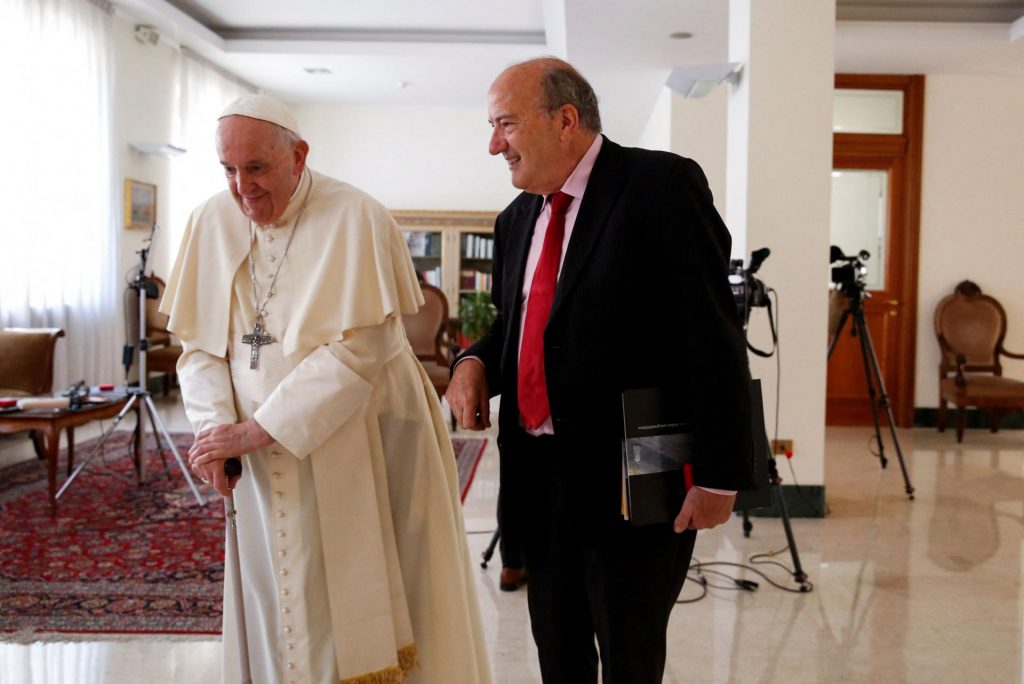 One of the controls has been the Secretariat for the Economy, which was entrusted initially to Cardinal George Pell. In the interview, the Pontiff describes this Cardinal as “the genius” who began the clean-up of the Vatican’s finances. “Before, the administration (of the Vatican’s funds) was very disordered,” said the Pontiff, adding that now there are competent persons “who don’t fall into the  hands of benefactors or friends, in quotation marks, that can make them commit an error.”

The Holy Father spoke of the naivety of priests who were entrusted with financial affairs without sufficient competence in such matters: lacking financial experience, they sought help from friends, “but sometimes the friends weren’t Blessed Imelda (alluding to the purity of childish intention). “And so, what happened, happened.”