Hot Topics
Pope’s Eight Ideas on Old Age and the Destiny of Human Life, Expressed during Wednesday’s General Audience
“Pope’s Visit to Ukraine Continues in Negotiation,” Says Ukraine’s Ambassador to the Holy See. Bucha on the Agenda
The “Eventful” Audience of the Pope: A Swiss Guard Fainted in Front of Him and a Child Interrupted His Catechesis
Christianophobia in Canada: Hate Crimes Skyrocket by 260%
Order of Malta: Letter to the Pope about the Order’s Reform of Those Who Constitute 90% of the Workforce
German Catholics Question the Leader of Their Episcopate and Receive a “Meaningless Answer”
Russia, China and Nuclear Arms: Interview with the Vatican Secretary of State
Chinese Communist Regime To Put on Trial Cardinal Emeritus of Hong Kong
Cardinal Jozef Tomko Died, the World’s Most Long-Lived Cardinal
After the Supreme Court’s Ruling, the State of Kansas Approved Abortion by Referendum

(ZENIT News / Washington, 19.07.2022).- On Friday, July 15, the United States House of Representatives approved the Women’s Health Protection Law, H.R. 8296, by 219 votes in favour and 210 against. This draft law would impose abortion on demand in the whole country at any stage of pregnancy and would eliminate the pro-life laws at all levels of the Government, including the notification to parents for underage girls, informed consent and the specific health and safety protections for abortion installations.

Law H.R. 8296 would also oblige all Americans to support abortions in the country and abroad with their tax money and would probably oblige medical care providers and professionals to carry out, assist and/or refer abortions against their profoundly rooted beliefs, as well as oblige employers and insurance companies to cover or pay for abortions.

Archbishop William Lori of Baltimore, President of the Pro-Life Activities Committee of the Conference of Catholic Bishops of the United States (USCCB) and Cardinal Timothy Dolan of New York, President of the USCCB’s Religious Liberty Committee issued the following statement:

“The majority of the House of Representatives voted last Friday to approve a draft law on abortion at the most unjust and extreme request our nation has ever known. To respond to women’s needs by promoting pro-choice abortion financed by taxpayers, as this draft law would do, is a grave evil and a lack of love and service to women. To offer free or low-cost abortions, instead of increasing the resources women need to take care of themselves and their children, isn’t a ‘choice,’ but duress and callous abandonment. To simply repeat the mantra that abortion is health care doesn’t make it so. To put an end deliberately to the life of defenseless and voiceless human beings is the antithesis of health care. 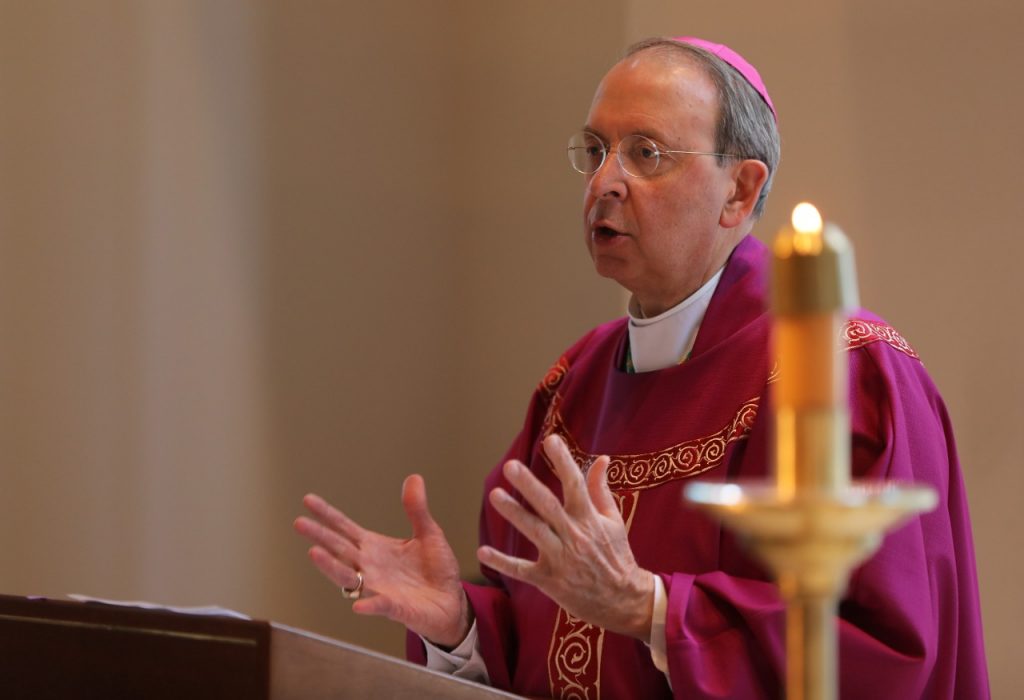 We implore those that see abortion as a legitimate ‘solution’ to the needs of women, to abandon this path of death and desperation. Instead, we invite all to join us in pursuit of the vision that we present in ‘Standing with Moms in Need,’ a vision that defends the truth that every human life is sacred and inviolable: a society in which the legal protection of human life is accompanied by profound care of mothers and their children. We exhort our nation to prioritize the wellbeing of women, children and families, both with material resources as well as personal accompaniment, so that no woman ever feels obliged to choose between her future and the life of her child.”

This initiative, voted on in the House of Representatives, will now go to the Senate where not only does it need the unanimous vote of Democrats but also of ten Republican Senators, which is less expected.

In a recent interview, Pope Francis said to the cameras of Univisión-Televisa: “Any book on embryology tells us that the DNA is already there a month after conception and that all the organs are delineated. That is pure embryology science, the books that boys and girls study at the University. Then, in face of this fact, I wonder: is there a human life? I don’t say person but a human life. Is it right, therefore, to eliminate a human life? They will never convince me that at a certain point it’s better. It’s not better because we mut be coherent with the science, isn’t that true? It’s a scientific fact.”