(ZENIT News / Quebec, Canada, 28.07.2022).- On his return from the National Shrine of Saint-Anne-de-Beaupré, Pope Francis went to the Welcome and Spirituality Center of the Saint Alphonsus Fraternity, where he spent time greeting and listening to the Center’s residents.

On his arrival, the Holy Father was received in the garden by the Center’s Director, Father André Morency, the permanent guests and those that visit the Center regularly (some 50 people, among them elderly, sufferers of various addictions, as well as HIV/AIDS patients. The Pope talked informally with them, listened to their stories and gathered their prayers.

At the end of the visit, and before taking his leave from those present, the Pontiff left as a gift an Icon of the Virgin “Most Holy Lady of Jerusalem.” Then he returned to the Archbishopric, for a private lunch. 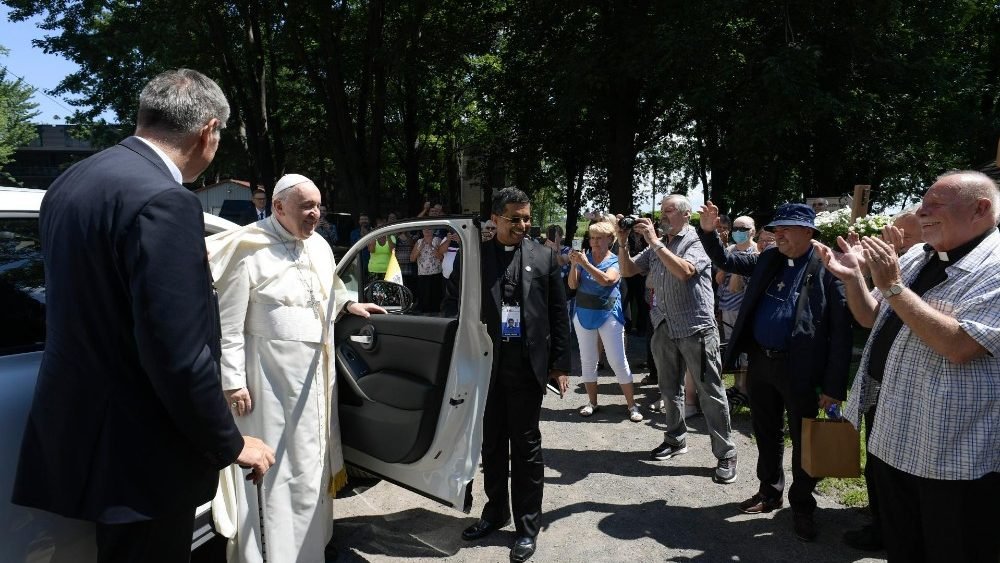 The Marian Icon Gifted by the Pope

This Icon of the Theotokos (Mother of God) is very popular among pilgrims of the Holy Land, as the original is located in a venerated altar in the Church of the Assumption of Mary, feast which is celebrated liturgically on August 15.

The Church, excavated from bare rock in the 1st century, A.D., and enlarged in the 4th century in the shape of a cross, has in its interior the empty sepulcher where, according to tradition, the Apostles gathered to deposit the most pure body of the Mother of God immediately after the “Dormition.” It is the first monument seeing on the left after crossing the bridge over the Kidron creek, just before the Gethsemane Basilica near the Mount of Olives, where the Saviour prayed often with His disciples. 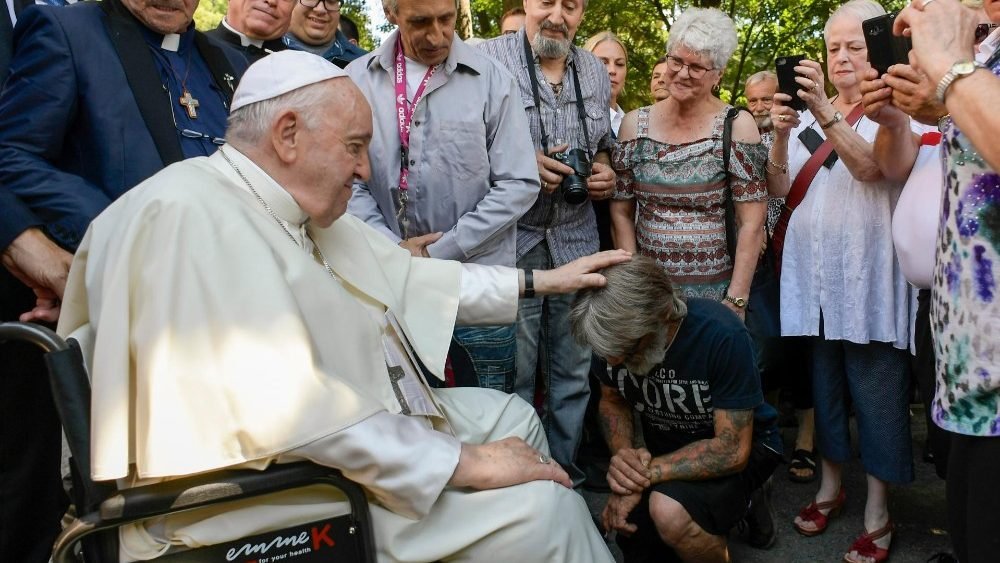 The Icon is attributed traditionally to the hand of the evangelist Luke, who would have painted it 15 years after Our Lord’s Ascension. This Icon was taken initially to Constantinople in the year 463, and later to Korsun, where in 988 it was gifted to Prince Saint Vladimir of Kiev, to whom is owed the Christianization of his people.

Moved again in 1571 by Tsar Ivan the Terrible to the Cathedral of the Dormition in Moscow, the ancient Icon of the Panagia Ierosolymitissa disappeared during the Napoleonic invasion in 1812, so that the one  venerated today in Jerusalem is only a faithful copy of the original.

The feast of the Assumption of the Most Blessed Virgin Mary –the day in which Jesus’ Mother joined her Son in the Kingdom of Heaven at the end of her earthly life–, has a very ancient tradition. Although recorded since the 5th century, A.D., it’s official proclamation  is owed to Pope Pius XII, who included it officially  in the Roman calendar in the Holy Year of 1950, after the proclamation of the Dogma. 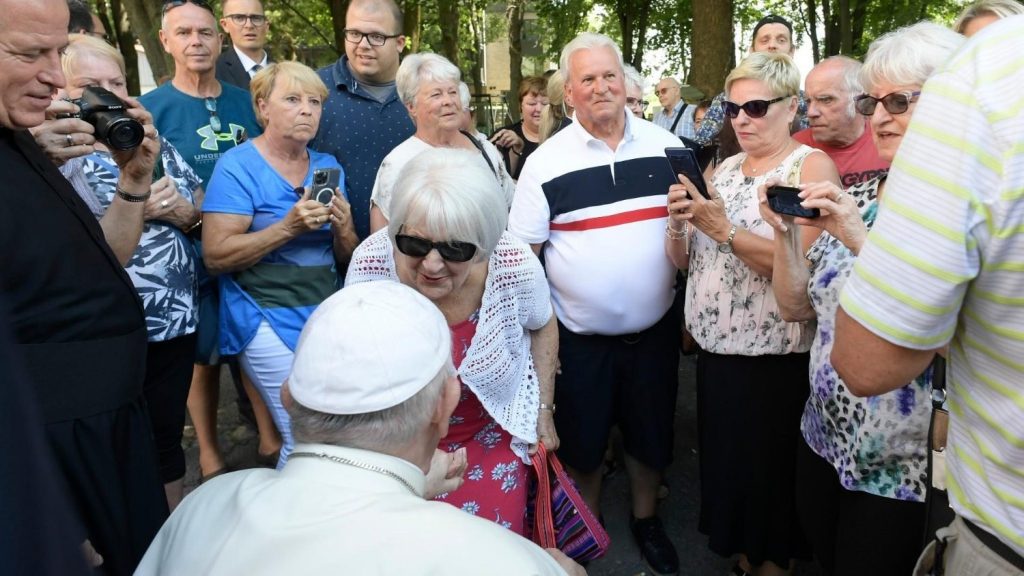 Pope Francis says that the feast of the Assumption of the Most Blessed Virgin Mary is nothing less than a reminder for all, especially for those that are afflicted by doubts and sadness and who live looking down.” Yes, because if the Assumption calls us not to pursue “the little satisfactions of the world,” but to raise our gaze “to the great joys of Heaven,” it also calls us, at the same time, to let ourselves be taken by Mary’s hand. “May the Most Holy Virgin help to look there with confidence and joy every day, where our true home is.” Because as “Mother of Hope” we must always remember to invoke “her intercession for all the situations in the world that are in more need of hope: hope for peace, for justice, for a dignified life.”

We Christians are called to break the cycle of violence, to dismantle the machinations of hatred to be a conscience of peace in our world: witnesses of love, fraternity and forgiveness, missionaries of the love God has for each human being. https://www.vatican.va/content/francesco/en/homilies/2023/documents/20230201-omelia-repdem-congo.html