(ZENIT News / Vatican City, 08.08.2022).- Cardinal Jozef Tomko, Prefect Emeritus of the Congregation for the Evangelization of Peoples, and President Emeritus of the Pontifical Committee for International Eucharistic Congresses died in his home in the city of Rome on Monday, August 8. On hearing the news of the Cardinal’s death, Pope Francis sent a telegram to the Bishop of Kosice, Slovakia –native land of the deceased Cardinal–, which says:

On learning the news of the death of cardinal Jozef Tomko, illustrious son of this land, i wish to express to his family, to you all, to the presbyter and to all the faithful my closeness and sympathy for the mourning that has struck the whole ecclesial community and the slovak nation. In remembering this dear and wise brother who, sustained by a profound faith and a vision of the future, served the gospel and the church with humility and abnegation, I think with gratitude of his long and fruitful work in the Holy See as diligent and prudent collaborator  of my predecessors. I also think of his spirit of prayer that made him, at an advanced age, remain assiduous in praying the evening rosary in Saint Peter’s square, giving pilgrims and tourists a beautiful and public testimony of love to the holy Virgin. I pray to the lord to receive this faithful servant of his in the heavenly Jerusalem, and I impart from my heart my blessing to all who mourn his death, with a grateful thought for the sisters of mercy of Saint Vincent of Paoli-Satma’rok who looked after him with every care. 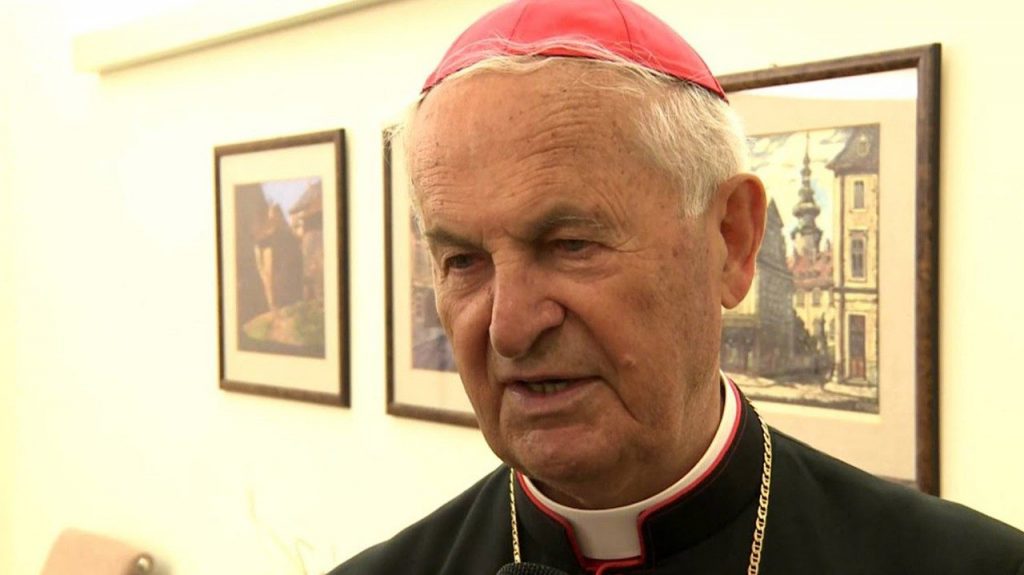 Cardinal Tomko was hospitalized in the Gemelli Polyclinic last June 25 due to an injury in the cervical vertebra. On April 30 of this year, Pope Francis greeted him in Paul VI Hall, together with a group of Slovak pilgrims who were received that day by the Holy Father with these words:

“I cordially greet Cardinal Jozef Tomko, whose presence makes us feel that the Church is a family that knows how to honour old age as a gift. But I have a doubt, he seems younger than me!”

At 98, Cardinal Tomko was the oldest of all the current Cardinals. Now the most long-lived is the Archbishop Emeritus of Luanda, Angola, Cardinal Alexandre do Nascimento, who is 97.