The families were affected by the attacks on churches in the country in Easter 2019, which resulted in the death of 269 people. Cardinal Malcolm Ranjith, Archbishop of Colombo, thanked the Pope on behalf of the beneficiaries and explained the genesis of this papal initiative.

“When I came to Rome I met with His Holiness in February of this year. He asked about the wellbeing of these people, how they were doing, and expressed his concern for their needs. Then, on his own initiative, he asked me if he could help us financially, and I said to him: that’s good, we are very grateful to you for that. He asked me how much. I said: “Whatever you give will be welcome.” Then he told me he had [received] a donation from someone  of 100,000 euros, and that he would give me 50,000 euros. He asked me for the account number of our diocesan funds, which I gave him, and when I returned in April and saw the account, I discovered he had credited our account with 100,000 euros. He gave the full amount. I saw that it was of great help to our people, and we are very grateful for that, for his concern and constant care given the needs of these people.” 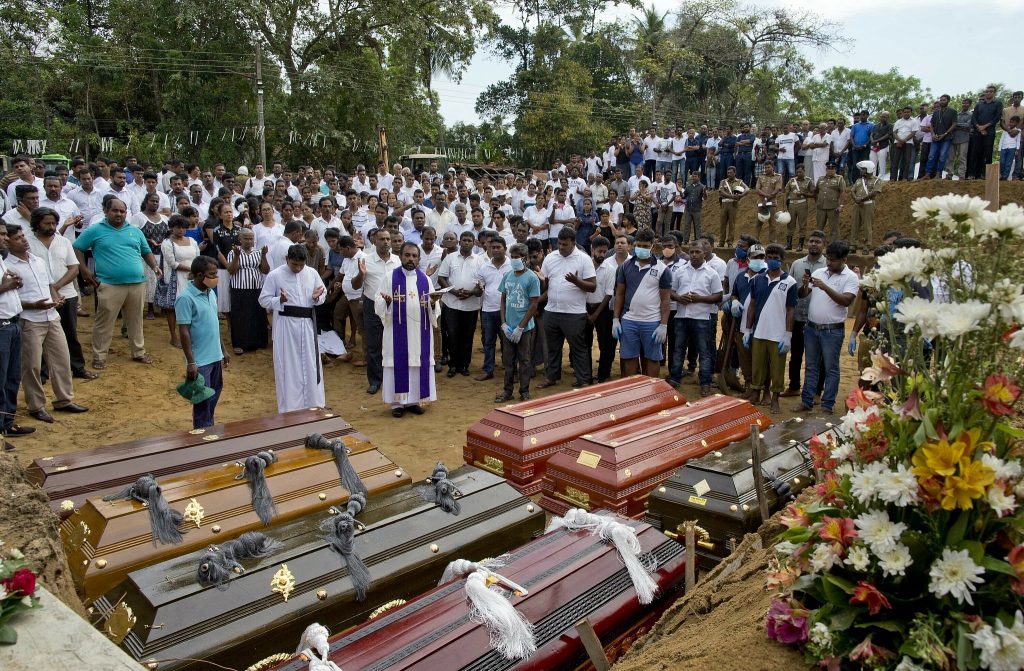 Asked by “Vatican News” how the amount would be allocated to the victims’ families, Cardinal Ranjith said:

“Given the present economic crisis, these people are also in great need of help. So we have decided to give this money now and to distribute it equitably, according to the needs  and the different challenges these families are facing, and we have worked out a sort of scheme. We allocated the total sum to 400 families of Saint Sebastian’s church in Katuwapitiya, Negombo City, and Saint Anthony’s church in Kochchikade. We also gave a certain amount to families of the Evangelical Church in Batticaloa, and sent it to the Caritas local office to distribute it to those people. Moreover, we assigned some more substantial amounts to those lying in bed who need constant medical care and have to pay for nursing and other things. Hence, considering this [fact], we gave them a larger amount. We distributed the grants during a ceremony last weekend, to which we invited the Apostolic Nuncio.”

How can the Pope give money?

It’s not the first time the Pope makes a donation of this kind for charitable aid. In fact, he  does so frequently. This is possible for two reasons: thanks to the annual aid he receives through Peter’s Pence, money that the Holy Father personally uses for charitable works, and thanks to the personal donations he receives from personalities of the business or financial realm, whom he attends in private audiences.