(ZENIT News / Vatican City, 24.08.2022).- Patriarch Kirill of Moscow, leader of the Russian Orthodox, will not attend the 7th Congress of Leaders of World and Traditional Religions, which will be held in the capital of Kazakhstan on September 14-15, 2022. Pope Francis has confirmed his attendance. The motto and commemorative logo of the Pontiff’s trip to Kazakhstan was made known on August 23.

Although Patriarch Kirill’s attendance was confirmed several weeks ago in the official program, the Head of the Patriarchate’s Department for External Ecclesiastical Relations, Bishop Anthony of Volokolamsk, confirmed to RIA News that the Muscovite leader would not attend. “We very much appreciate the initiatives of Kazakhstan’s leaders to foster the inter-religious dialogue, which we consider important and opportune. This year, the Russian Orthodox Church will be represented by an official delegation, with the blessing of His Holiness Patriarch Kirill. His Holiness, the Patriarch, will not attend the conference. Consequently, his meeting with Pope Francis in Kazakhstan is not planned.” 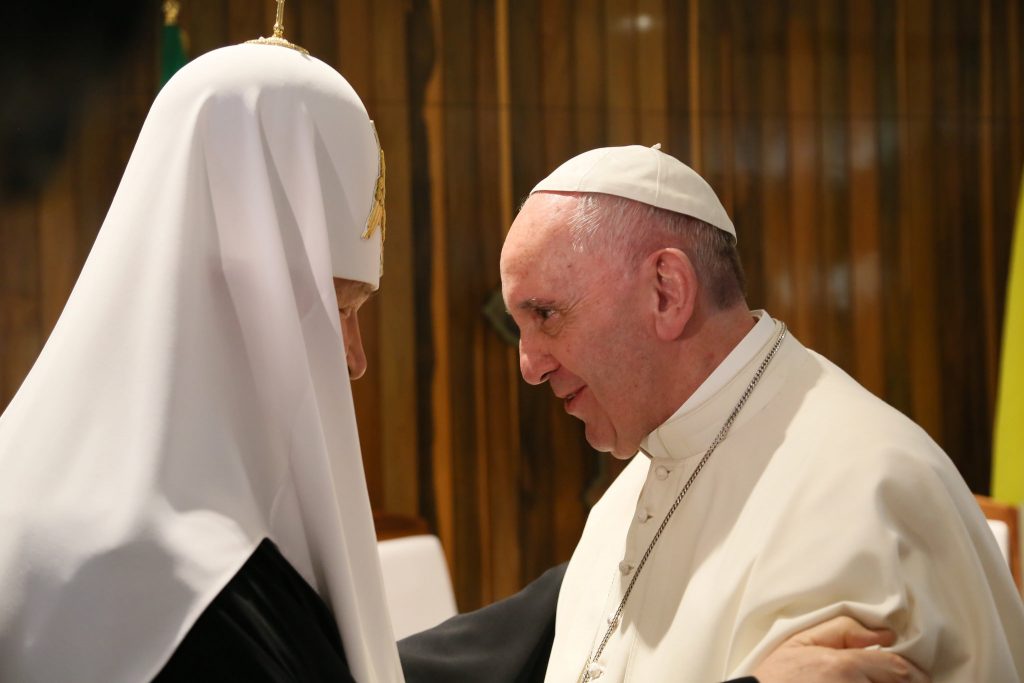 Bishop Anthony, second in the Orthodox hierarchy, also anticipates that there will not be a meeting between the leader of the Catholic Church and that of the Russian Orthodox Church. In this connection the hierarch said to the same source: “I would like to point out that the preparations have been carried out recently for the second meeting of His Holiness Patriarch Kirill of Moscow and All Russia and Pope Francis. As is known, the first meeting of this nature took place in Havana, Cuba in 2016. Since the Spring of this year, to our profound admiration, announced publicly in a Vatican order was that preparation for the meeting were being suspended and that the meeting would not be held,” adding that since that cancellation there hasn’t been an official proposal of the Vatican. “Since then, we haven’t received officially any proposal of the Vatican on the possible organization of a meeting at another time or place.”

This announcement came after Anthony of Volokolamsk was received by the Pope in a private audience in the Vatican on August 5. On Wednesday, August 24, Anthony had a private meeting with the Pope’s Nuncio in Russia, Monsignor Giovanni D’Aniello.