(ZENIT News / Vatican City, 29.08.2022).- Those walking in the streets of Rome these last days of August are seeing something unusual: there are more ecclesiastics on the streets with a specific way of dressing. And so it is: the Holy See Press Office confirmed that 197 Cardinals are in Rome for days of meeting with the Pope. The object of the summit, as the Holy Father revealed on May 28, is for the Cardinals to meet on Monday and Tuesday, August 29 and 30, “to reflect on the new Apostolic Constitution Praedicate Evangelium.”

Among the Cardinals unable to attend are the Cardinal Emeritus of Hong Kong (at present in the sights of the Chinese Communist dictatorship) and Cardinal Brenes of Nicaragua. Not represented is Ukraine, given the invasion, and the fact that the Major Archbishop was not chosen Cardinal for the last Consistory despite representing the largest Eastern Rite Catholic community. 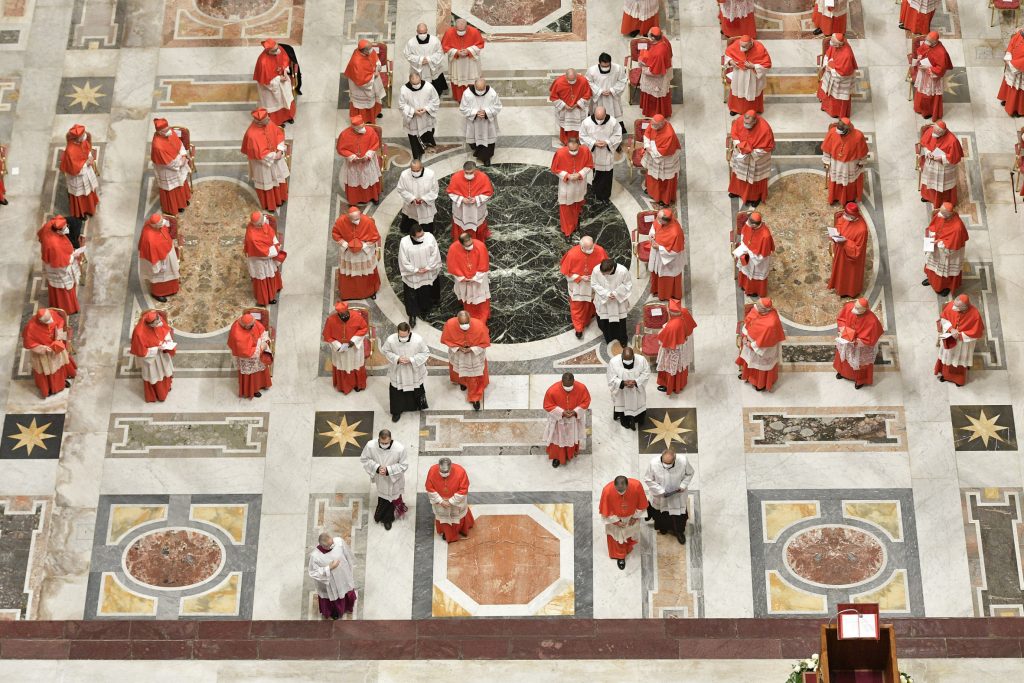 Announced in previous weeks was that the Cardinals’ summit would begin with the reading of a Report on the Reform of the Roman Curia. Learned more recently was that the Cardinals’ would meet in different linguistic groups and then have full discussions presided over by the Pope. The meetings begin at 9:00 am and end at 4:00 pm, with a brief break for lunch. At 5:30 pm on Tuesday, the second and last day of the meetings, all the Cardinals will attend a Mass with the Holy Father in Saint Peter’s Basilica.

Asked by TELAM “if he had accomplished his objectives as Pope,” Francis replied by explaining the reason for this Summit with a pre-Conclave scent:

“I didn’t invent or dream about the things I did after a night of indigestion. I took up all that the Cardinals and I said in the pre-Conclave meetings, about what the next Pope should do. We talked about the things that needed to be changed, the points that had to be touched upon. What I initiated was what had been requested. I don’t think there was anything original of mine, other than to start what was requested among all. For example, the part about the Reform of the Curia ended with the new Apostolic Constitution Praedicate Evangelium, that is, ‘be missionaries.’ Preach the Word of God, namely, that what is essential is to go out.”