(ZENIT News / Kiev-Vatican, 29.08.2022).- In the context of the Ukrainian invasion, the Pope’s words in the General Audience, last Wednesday, August 24, have given rise to political tension between Ukraine and the Vatican.

The cause of this new diplomatic conflict (the second between the two States) happened in the context of the assassination  of Daria Dugina in Moscow on Saturday, August 20. Dugina died after a bomb exploded in her car. In this connection, at the end of the catechesis on Wednesday, August 24, the Pontiff said:

“I think of so much cruelty, of so many innocents who are paying for the madness, the madness of all sides, because war is madness and no one involved in the war can say: “No, I’m not mad” –the madness of war. I think of that poor girl who died in Moscow from a bomb placed under the seat of her car. Innocents pay for the war, innocents! Let us reflect on this reality and let us say: war is madness.”

“[. . . ], today, in a special way, six months after the start of the War, let us think of Ukraine and Russia, I have consecrated both countries to the Immaculate Heart of Mary. May She, as Mother, direct Her gaze to these two beloved countries. May She look at Ukraine, may She look at Russia, an may She bring us peace! We need peace.”

Dugina was the daughter of Alexánder Dugin, one of the ideologs who has contributed to the hatred against Ukrainians. The Ukrainian Government denied immediately any involvement in the assassination. 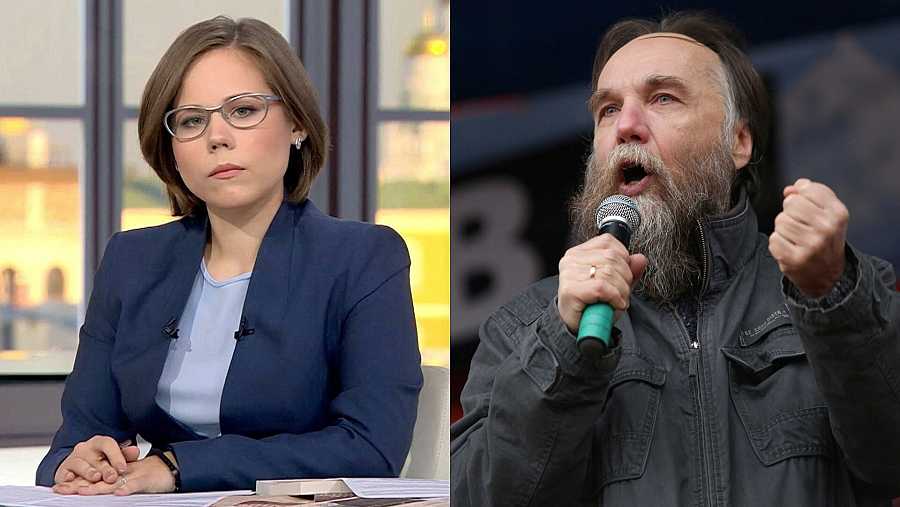 Dugina was the daughter of Alexánder Dugi. Foto: RTVE

However, the Pope’s words did not sit well with the Ukrainian Government. So Ukraine’s Ministry of Foreign Affairs summoned Monsignor Visvaldas Kulbokas, the Papal Nuncio in the country, to express its disappointment over what the Pope said:

“We have read carefully Pope Francis’ complete quotation and we have decided, in the first place, to summon the Apostolic Nuncio to the Ministry of Foreign Affairs to express to him Ukraine’s disappointment. And, in the second place, I’ll say frankly that the Pope’s words broke Ukrainians heart. It was unjust.”

As the Ukrainian media pointed out, the summons was unprecedented in the history of the bilateral relations. “Pope Francis’ decision to mention, in the context of the Russo-Ukrainian War, the death of a Russian citizen in the territory of Russia, with which Ukraine has nothing to do, causes misunderstandings,” stressed the Minister.

It’s the second time that an action attributed to the Pope escalates into conflict. The first goes back to Holy Week 2022, when during the Via Crucis in the Colosseum the Pope had a Ukrainian woman and a Russian woman carry the cross. A reflection was planned that in the end, after the diplomatic complaint, was not held. The Pontiff’s popularity in Ukraine is on the verge of a minimum.