(ZENIT News / Nur-Sultan, 14.09.2022).- On Wednesday morning, September 14, Pope Francis left the Apostolic Nunciature and went to the Palace of Independence where, at 10:00 am (local time) a Silent Prayer took place with Religious Leaders in the Hall of Conferences. After the Prayer, the “7th Congress of Leaders of the World and Traditional Religions” began and a Plenary Session was held. 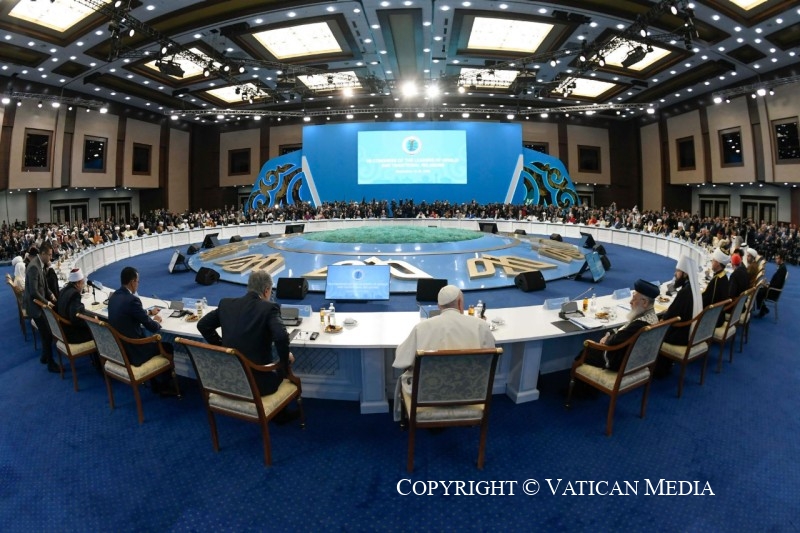 Following the address of the President of the Republic of Kazakhstan, Mr Kassym-Jomart K. Tokayev, the Holy Father gave his address. 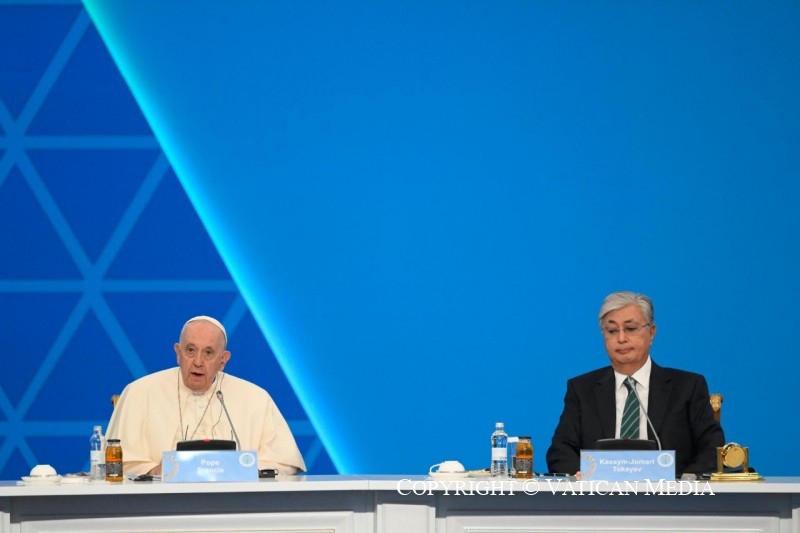 At the end, the Pontiff and the other leaders went to the atrium of the Palace of Independence. After a group photograph, Pope Francis met in private with a few Religious Leaders: Mr Maulen Sagathanuly Ashimbayev, President of the Senate  of Kazakhstan’s Parliament and Permanent Secretary of the Secretariat of the Congress of Leaders of the World and Traditional Religions; Ahmad Muhammad Ahmad al-Tayyeb, Grand Imam of Al-Azhar; Nauryzbay Kazhy Taganuly, Grand Mufti of Kazakhstan, Head of the Spiritual Administration of Kazakhstan’s Muslims; David Baruch Lau, Ashkenazi Chief Rabbi of Israel, and Yitzhak Yosef, Sephardic Chief Rabbi of Israel; Archbishop Urmas Viilma, Head of the Delegation of the Lutheran World Federation (LWF) and Vice-President of the LWF, Head of the Lutheran Evangelical Church of Estonia; Professor Azza Karam, Secretary General of Religions for Peace; Mufti Sheikh Ravil Gaynutdin, President of the Religious Council of Muslims of the Russian Federation; His Beatitude Theophilos III, Orthodox Patriarch of Jerusalem; Metropolitan Antonij of Volokolamsk, President of the Department of External Ecclesiastical Relations of the Patriarchate of Moscow, and Miguel Ángel Moratinos, High Representative of the UN Secretary General for the Alliance of Civilizations. 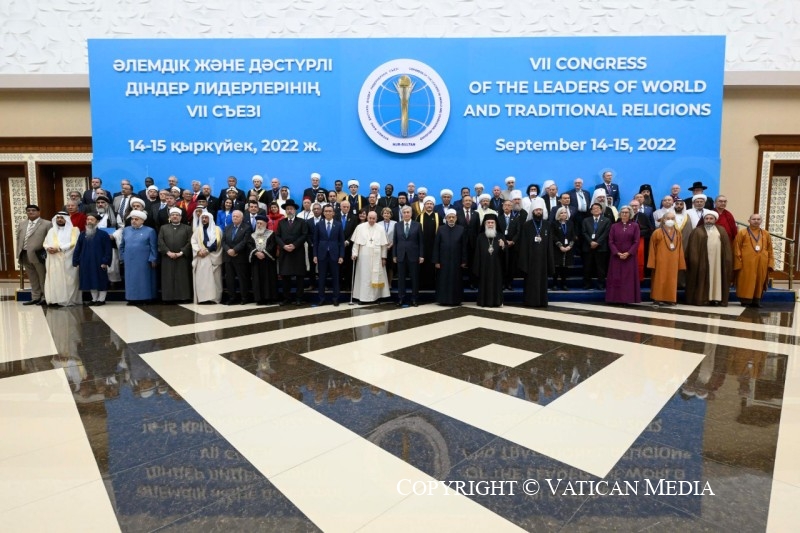 The Pope then took his leave of those present and returned by car to the Apostolic Nunciature. 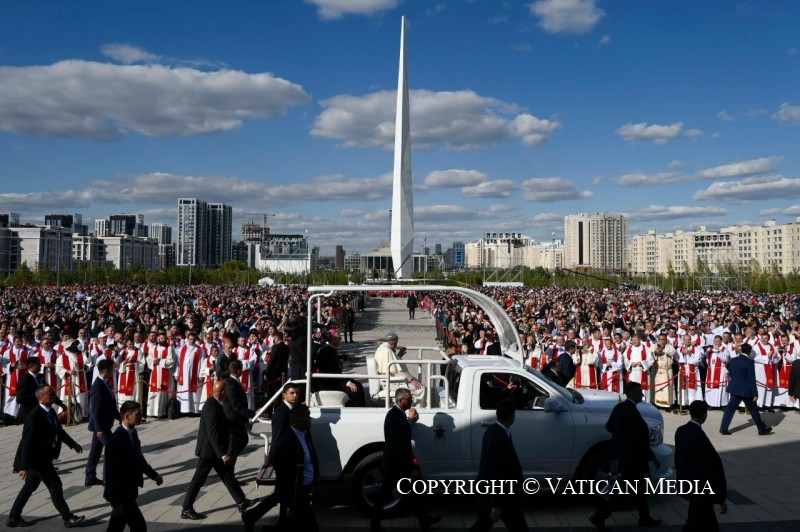 The Holy Father left the Apostolic Nunciature in the afternoon and went to the EXPO venue to celebrate Holy Mass with Kazakh Catholics. After a change of cars, he was driven in the popemobile among the faithful. At 4:45 pm (local time) he presided over a Eucharistic Celebration in Latin and Russian on the Feast of the Exaltation of the Holy Cross. Some 6,000 faithful attended the Mass. 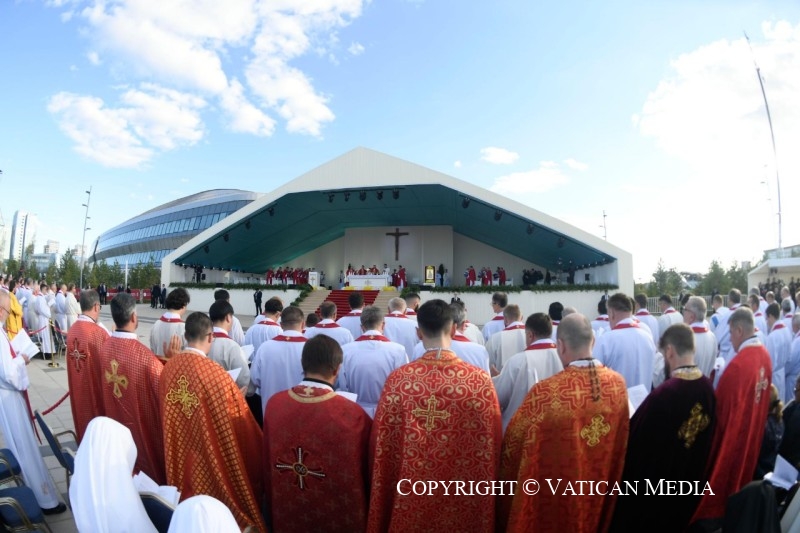 Following the proclamation of the Holy Gospel, the Pope delivered his homily. At the end of the Mass, after the greeting of the Archbishop of Saint Mary in Astana, Monsignor Tomash Bernard Peta, and before the Final Blessing, the Pontiff expressed his gratitude to the faithful and pilgrims present. Then he returned by car to the Apostolic Nunciature where he dined in  private.