(ZENIT News / Rome, 23.09.2022).- In a letter to the Director of the Italian newspaper Avvenire, Cardinal Fernando Filoni, Grand Master of the Equestrian Order of the Holy Sepulcher and Prefect Emeritus of the Congregation for the Evangelization of Peoples, came out publicly in defense of the Archbishop Emeritus of Hong Kong, Cardinal Joseph Zen Ze-kiun who is standing trial for defending human rights in Communist China. No other high-ranking ecclesiastic had spoken openly in defense of Cardinal Zen.

Here is the translation of this text.

Insinuated in a trial is the saying: May he who can speak, speak! Not even Jesus eluded this in a trial, which would mark the history and life of a man who awakened admiration and profound religious respect: John the Baptist giving witness of the truth, to which no one is superior, claiming the oneness of the divine law, transposed into the Jewish Tradition.

Jesus also paid for His testimony to the truth: What is truth? (cf. John 18:38), Pilate asked Him ironically in a dramatic trial in which the Nazarene was accused of violating Rome’s sovereignty and was about to be sentenced to death. The verdict was issued, and Jesus was sentenced to an infamous death; but that trial, never concluded, will never be forgotten while the Gospel is proclaimed on earth. “I am the Truth” (John 14:6), Jesus had proclaimed, but Pilate’s assessment didn’t matter to him, and Pilate washed his hands.

Another trial is being held these days in Hong Kong, a city I loved a lot, having lived there for over eight years. I met Father Joseph Zen Ze-kiun there. He was the Inspector of the Salesians, and was Chinese to the core – very intelligent, acute, with a winning smile. They said to me, “He is a Shanghainese!” Little by little I understood the meaning of this.

At that time, in additional to being Provincial, he was as Professor of Philosophy and Ethics and was very well regarded. He spoke Italian perfectly, not only the language but his manners were close to European culture, which he learned in European schools as a youth. It was said of him : “He is the most Italian of the Chinese and the most Italian Chinaman.” Here was the synthesis, the meeting of two cultures.

In reality, he continued being Chinese; he never denied his identity. And I found this very beautiful and fascinating. He represented the prototype of an interculturality that reminded me of Xu Guangqi, a “Christian in the Ming court” (Elisa Giunipero), or, in other senses, the acuteness of Monsignor Aloysius Jin Luxian, a Jesuit, Bishop of Shanghai at the time of Deng Xiaoping and later, who liked to introduce himself as the “Nicodemus of our times.” Both were Shanghainese. 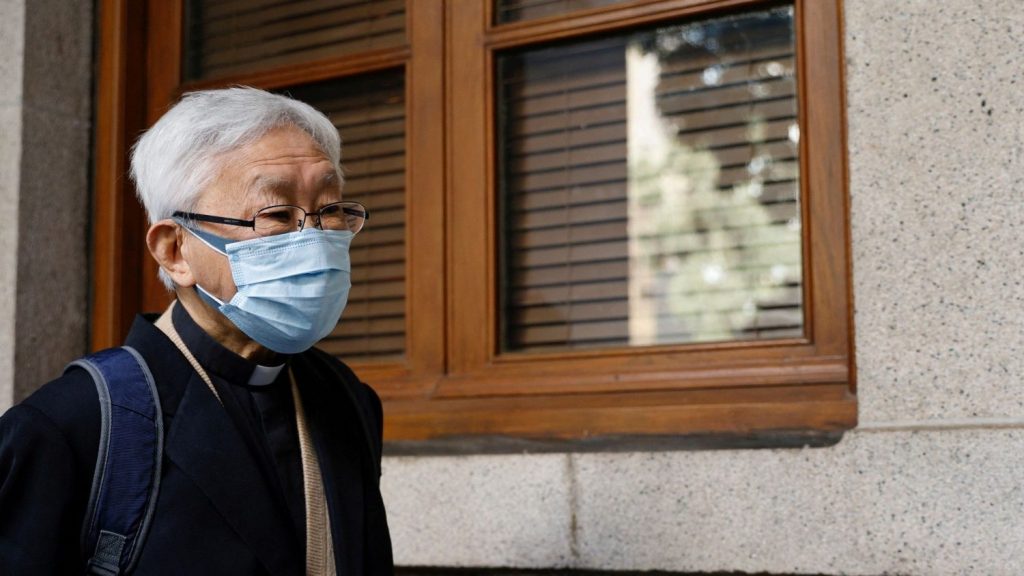 Shanghai was a city of martyrs, at the time of the Nazi occupation, by the Japanese: it was an incredibly sad time, full of violence and destruction, which no one forgets. Cardinal Zen’s family was also a victim of it; they lost all their possessions and had to flee.

Young Zen never forgot that experience and drew from it consistency of character and lifestyle and, then, great love of freedom and justice. Shanghai was heroic, and her sons were considered heroes, almost untouchable, including by the Communist regime. Cardinal Zen is one of the last descendants of those families. Heroes should never be humiliated; it was also the mentality of the Chinese establishment, as it is in the West for victims of our own Nazi-Fascism.

In the decade of the ‘90s, Joseph Zen taught in several Seminaries of Hong Kong and China (Shanghai, Peking, Xian, Wuhan). He was invited to Shanghai by Bishop Jin Luxian. He accepted for the good of the Church, which rose from its martyrdom and sought the path of survival; this was flexibility, not surrendering. He looked ahead and did not judge people; it was his philosophy of life. Political systems,  –he said– can be judged but not people, and in this regard his thought was clear. Judgment is deferred to Gid, who knows the heart of men.

His respect and support of the person has always been the cornerstone of his human and priestly vision and it continues to be so today, although these days he’s being tried in Hong Kong. His moral integrity and his idealism were regarded as of the highest level when John Paul II appointed him Bishop and Benedict XVI created him Cardinal. Some consider him characteristically somewhat nervous. And who wouldn’t be so in face of injustice and of the need for freedom, which every genuine political and civil system should defend?

I attest to two more things: Cardinal Zen is a “man of God.” Sometimes ill-tempered, but submissive to the love of Christ, who wanted him as His priest, profoundly enamoured, as Don Bosco, of youth. No one, among those I’ve met, can I say was as truly “loyal” as him.

Testimony is essential in a trial. Cardinal Zen must not be condemned. Hong Kong, China and the Church have in him a devout son, of whom one must not be ashamed. This is a testimony of the truth.

Translation of the Italian original by ZENIT’s Editorial Director and, into English, by Virginia M. Forrester.