(ZENIT News / Vatican City, 25.10.2022).- Last October 19 the Holy See’s Secretary of State, Cardinal Pietro Parolin, intervened in a dinner organized by EWTN in Rome, on the theme “The Truth Is What Distinguishes Information from Communication.” The topic is per se relevant for any communicator, although in the context of those to whom it was addresses  it seemed to have specific connotations, as Cardinal Parolin spoke about a “no to polarization” and called for communion with the Pope.

Here is the full text of the Cardinal’s address.

I am grateful to you for inviting me to this gathering of your European affiliates. I greet your CEO, Michael Warsaw, who is also a consultor of the Holy See’s Dicastery for Communication, and along with  him, all those who work with you.

To communicate the salvific message of the Gospel, particularly through the Magisterium of the  Successor of Peter, is a radical call, which is carried out today with new methods and new languages.  You have asked me to share a brief reflection on the theme “The Truth Is What Distinguishes  Information from Communication.”

Truth is a crucial theme for professionals in the field of communications, such as yourselves. It is  an issue which, in these past years, has become ever more prominent in public debate due to both the  spread of the phenomenon of fake news as well as of a type of communication often based on a distorted,  or false, representation of the other. This is a type of fanaticism grounded in the conviction that the truth  that one believes is so absolute as to legitimize the destruction of another person, what communication  experts term “character assassination”. This is done in order to impose one’s own view of truth upon  everyone else. Instead, as Saint John Paul II observed in his message for the 35th World Day for Peace, “even when the truth has been reached — and this can happen only in a limited and imperfect way — it can  never be imposed”. Much less, therefore, can one’s own distorted representation of truth be imposed.

As Christians then, and this is certainly true for communications professionals, the perception of  truth is not limited to a horizontal perspective, related merely to our social lives. There is a much more  profound dimension. Truth, for us Christians, is a Person, the Person of Jesus Christ who, as Saint Paul  says, holds all things together (cf. Colossians 1:17). It is this encounter that ensures that communication does not  remain simply a profession which conveys information, but that understands and sets this responsibility  within a broader horizon than the albeit important dissemination of news. It is this encounter, woven by  love for the other, that creates that unity which holds all things together. 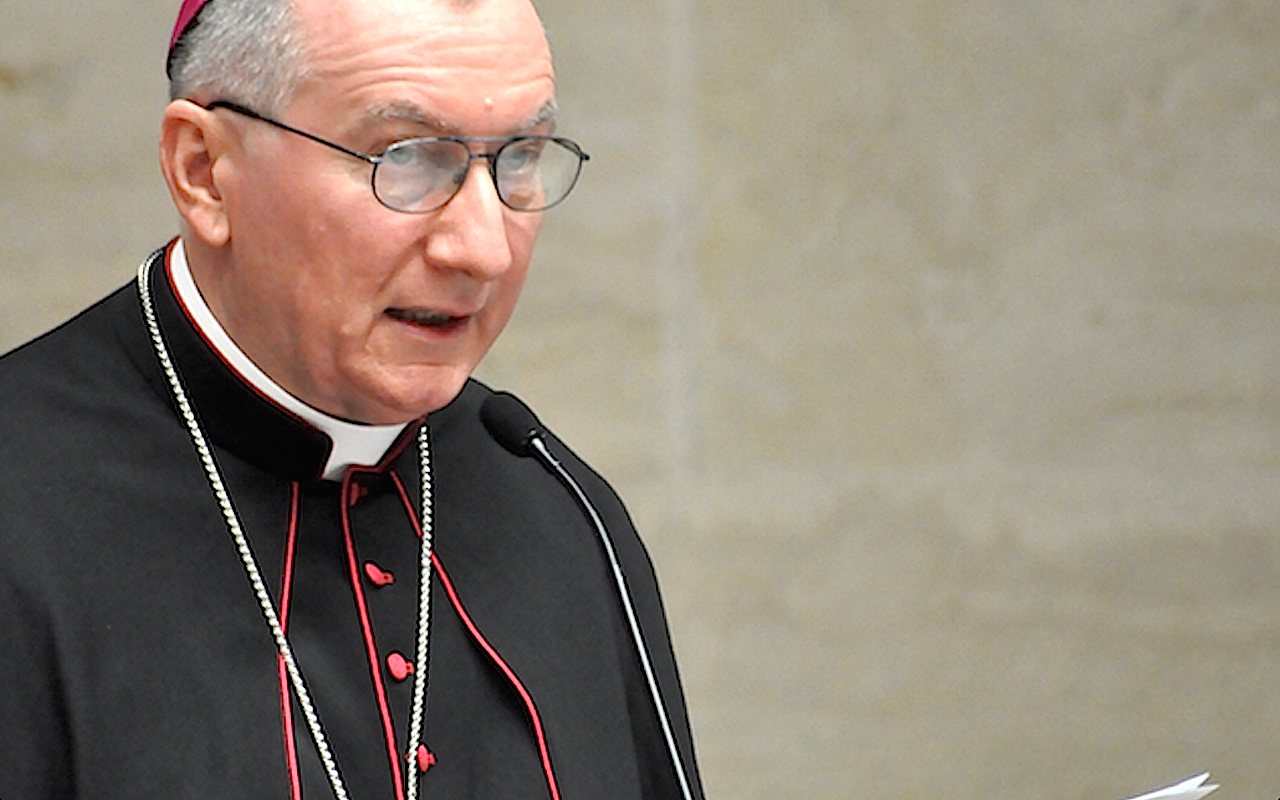 Here I would like to recall what your founder, Mother Angelica, used to say: “It is our duty to  speak the truth, and each person can either assume or not assume this duty. But the truth must above all  be within us.” We should always keep this statement in mind and have the same awareness: the truth does not belong to us — we serve the truth. And we can serve it only in love and in unity. We are its custodians, not its owners. The truth is in us if we are humble and have the courage to know how to welcome it, even  if at times it does not present itself as we might expect.

How then should this love for the truth, this love for the Person of Jesus Christ, this love for the  Church, be translated into your mission as professionals in the field of communications? First of all, as Pope Francis has indicated many times, we can witness to this through our style of  communication. In a message to the members of the Catholic Press Association in June of 2020, the  Pontiff invited American Catholic media outlets to work for communion, even more so today, “in an age marked by conflicts and polarization from which the Catholic community itself is not immune. We need  media”, the Pope continued, “capable of building bridges, defending life and breaking down the walls, visible and invisible, that prevent sincere dialogue and truthful communication between individuals and  communities”. If we truly believe that “we are members one of another”, as Saint Paul exhorts us (Ephesians  4:25), we must then “lend the ear of the heart” toward others, without prejudice or exclusion. To borrow  Saint John Henry Newman’s motto, our communication should “speak heart to heart”.  A large international news network, like EWTN, that invokes the Gospel message, is therefore  called to promote understanding between people, dialogue between communities and the search for places  and opportunities that create contact between distant worlds, sometimes in conflict with each other. What the Apostle Peter asked of the first believers in the Risen Christ two thousand years ago is  particularly relevant today, especially for those who carry out a task such as yours: “Always be ready to  give an explanation to anyone who asks you for a reason for your hope”. But, he adds, “do so with  gentleness and reverence” (1 Peter 3:14-17). These words were certainly well-known to your Founder. “You  cannot go to Heaven hating someone”, Mother Angelica maintained. “Forgive now. Be compassionate  now. Be patient and grateful now.” The means of communication, even more so if they purport to  highlight their Catholic identity, must strive not to spread hate, but rather, to promote a non-hostile  communication. The truth, and the values deriving from it, must be fearlessly upheld. This proclamation,  however, should be formulated in a merciful style by those who patiently listen to the women and men of  our time, who walk with them, even making themselves the interpreters of their suffering and their  concerns.

“Communication” contains the root “communion.” Communion is in the DNA of communication,  and is fundamentally its greatest aspiration. A communication that instead fans the flames of polarization,  or builds walls instead of breaking them down, betrays its very nature. The proclamation of the truth  cannot be separated from the exercise of charity. Saint John Paul II already advocated this in his Message  for the 25th  World Communications Day when, echoing Communio et Progressio published twenty years earlier, he observed that “if the media are to be effective means of fellowship and genuine human  advancement, they must be channels and expressions of truth, justice and peace, good will and active  charity, mutual help, love and communion.”

I would like to conclude with something particularly close to my heart. Catholic media, as you  well know, has an important role in the task of the new evangelization. This is why it is good that they  feel that they are an active part of the life of the Church, first of all by living in a spirit of communion  with the Bishop of Rome. This is all the more urgent today in a time marked by overly-dramatic debates, also within the Church, which do not even spare the person and the Magisterium of the Pontiff. When  Mother Angelica founded EWTN with tremendous courage and extraordinary creativity, she did so  primarily to provide an instrument of good at the service of the Church and the Pope. This continues to be  your greatest mission and reward — to be and to experience yourselves at the service of the Church and the  Successor of Peter. As Saint John Paul II stated, recalling Jesus’ prayer for Peter (Luke 22:31), the mission  entrusted to him by Jesus concerns the Church as it extends through the centuries and through human  generations (cf. General Audience, December 2, 1992). The devil always seeks to sift us like wheat, but  Jesus’ prayer for Peter and his Successors is our anchor of salvation.

May this spirit of communion with the Pope be the distinctive sign of your work. May this be  “felt” and “touched” in your television broadcasts, as well as in your articles and in your multimedia  programs. May every one of your viewers or readers recognize EWTN as a work of God at the service  of the truth, ecclesial communion, and the good of humanity.