(ZENIT News / Rome, 08.11.2022).- The #RedWeek international campaign, initiated and promoted by the Pontifical Foundation Aid to the Church in Need (ACN), will be held from November 16-23. The purpose is to attract attention to persecuted Christians and the lack of religious freedom in the world.

With this aim, emblematic buildings and places will be lit up in red in several countries: Churches and Cathedrals in Austria, the Low Countries, Portugal, Australia, Germany, France, Slovakia, the Czech Republic, Colombia, Switzerland, Belgium, Rio de Janeiro’s Christ the Redeemer and London’s Parliament. In addition, there will be special prayer and testimony events. 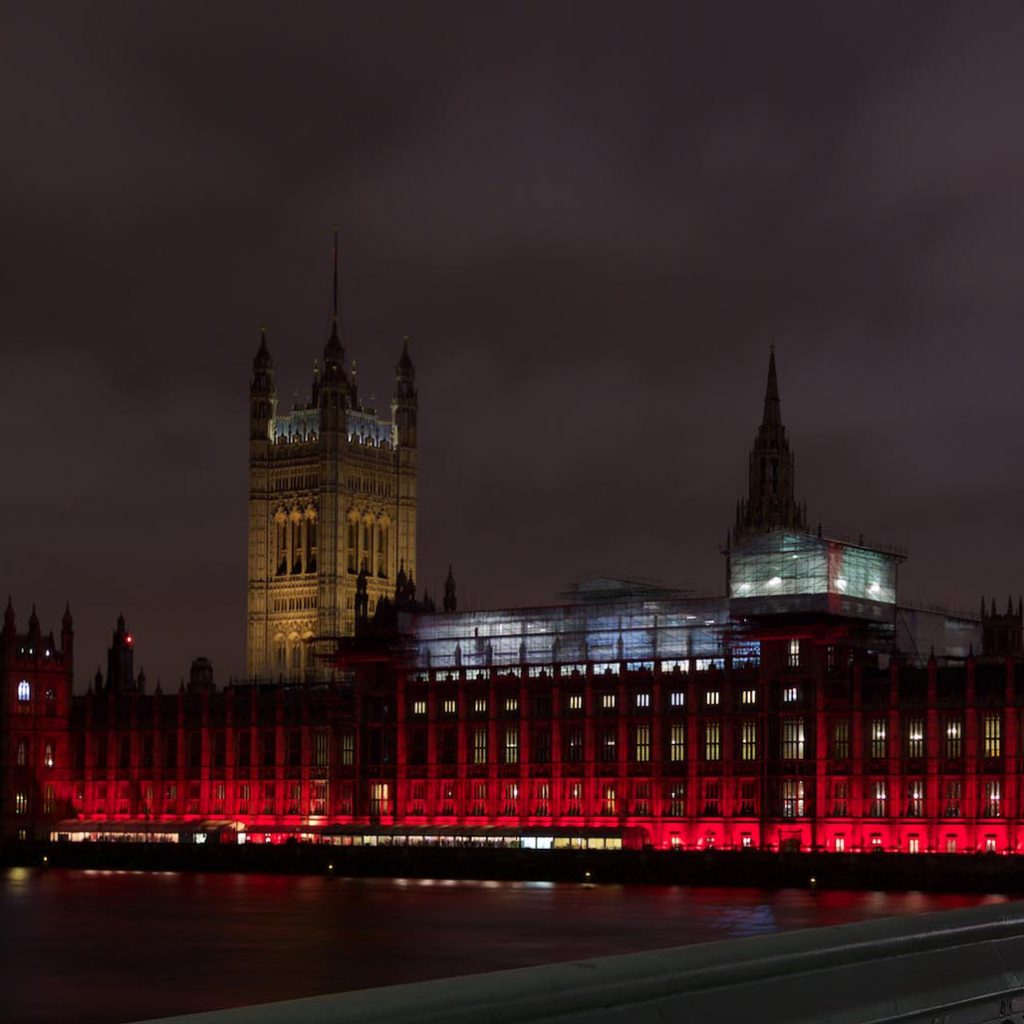 The Palace of Westminster house of the Parliament of the United Kingdom. Photo: ACN

Initiatives in Each Country

At least 94 churches in Austria have confirmed their adherence to the initiative. They will be lit up in red or hold a prayer event. On November 16, Mass will be offered for persecuted Christians in Vienna’s historic Saint Charles Borromeo Church.

ACN’s national office in Colombia has organized several meetings in Bogotá and Medellín, which will include the presence of Sister Gloria Narváez, who was kidnapped by Islamist terrorists for five years in Mali. 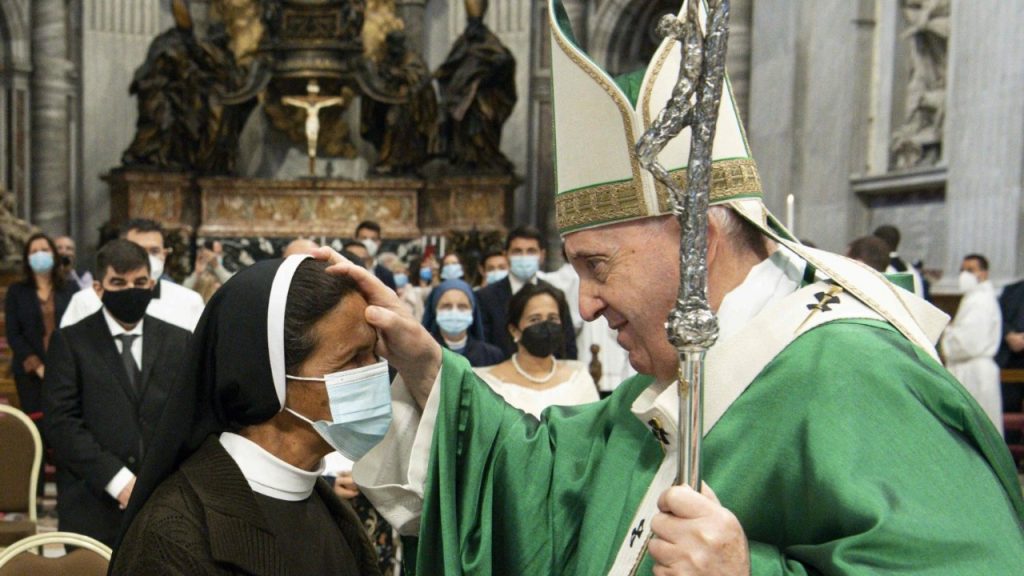 Although events and campaigns will be held throughout the month of November, many activities and Prayer Vigils will take place on Wednesday, November 23, called #RedWednesday. Thus, in Australia ten Cathedrals will be lit up. Canberra’s Cathedral will hold a Prayer Vigil and offer live testimonies on the “Night of Witnesses.”

In France, bells will ring in 100 churches throughout the country and, on November 22, a round table will be held in Paris, followed by a Prayer Vigil in Montmartre on November 23, with the testimony of Archbishop Matthew Man-Oso Ndagoso of Kaduna, Nigeria. 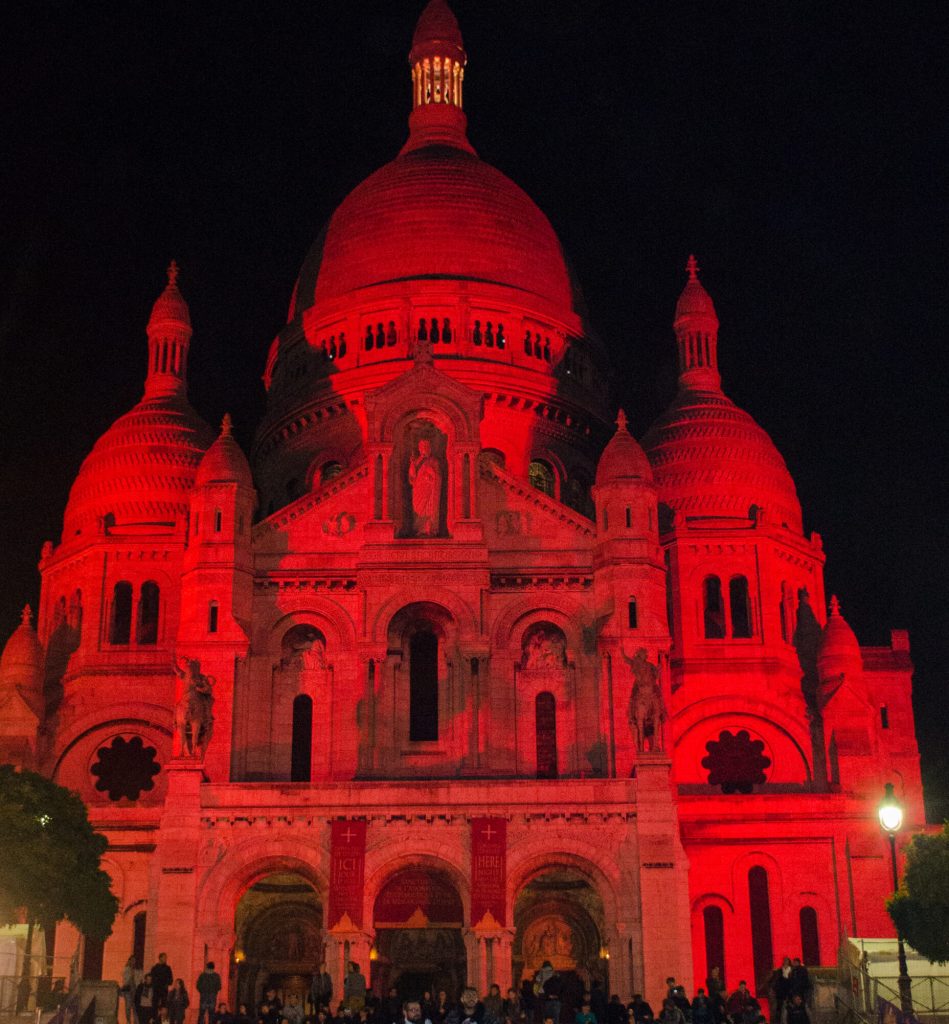 The Basilica of the Sacred Heart of Montmartre in Paris, France. Photo: ACN

ACN Germany has invited Christians from Iraq, Nigeria and Pakistan to give their testimony in the Cathedrals of Regensburg, Mainz and Augsburg, among others. In total, 60 German parishes have confirmed their participation in #RedWeek.

This year, ACN recommends that churches be lit up in red for brief periods of time, or that the lighting be substituted by  the ringing of bells, in view of supporting energy saving regulations 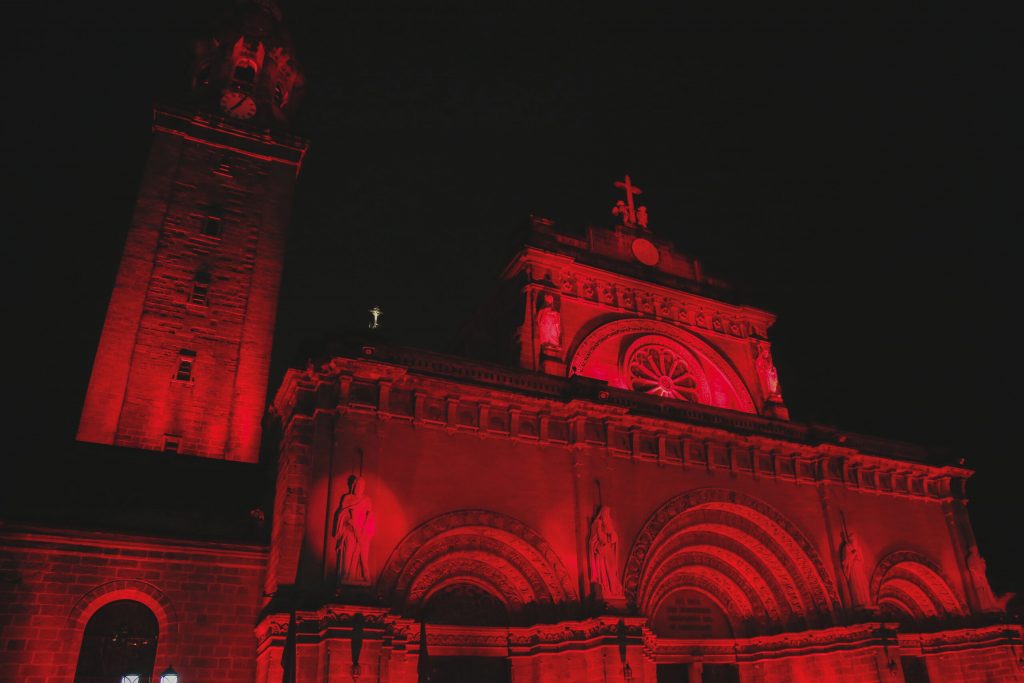 Cathedral of Manila, Philippines. Photo: ACN
The Red Wednesday Eucharistic celebration at the Manila Cathedral was presided by His Excellency Monsignor Gabriele Giordano Caccia, the newly-designated papal nuncio to the Philippines.

#RedWeek began in 2015, when ACN’s Brazilian Office had the monument to Christ the Redeemer lit up in red to call attention to the persecution of Christians in Iraq. In 2016, inspired by the same idea, ACN Italy lit up in red the Trevi Fountain. ACN United Kingdom went further, establishing #RedWednesday to commemorate all persecuted Christians on a specific Wednesday in November, which subsequently was extended to a whole week.

One of Aid to the Church in Need’s missions is to make people aware of the reality of Christian suffering persecution or discrimination in the world. Every year this Pontifical Foundation finances more than 5,000 projects in some 140 countries, to help Christians live their faith where they are persecuted or oppressed, or where their pastoral needs are not covered.