“It was an honour to accompany His Majesty to the Vatican today for a meeting with Pope Francis, which was attended by SAR Prince Ghazi. I was profoundly moved by the warmth and humility of His Holiness, as well as his unbreakable commitment to peace and inter-religious dialogue,” wrote Queen Rania on her Instagram account. 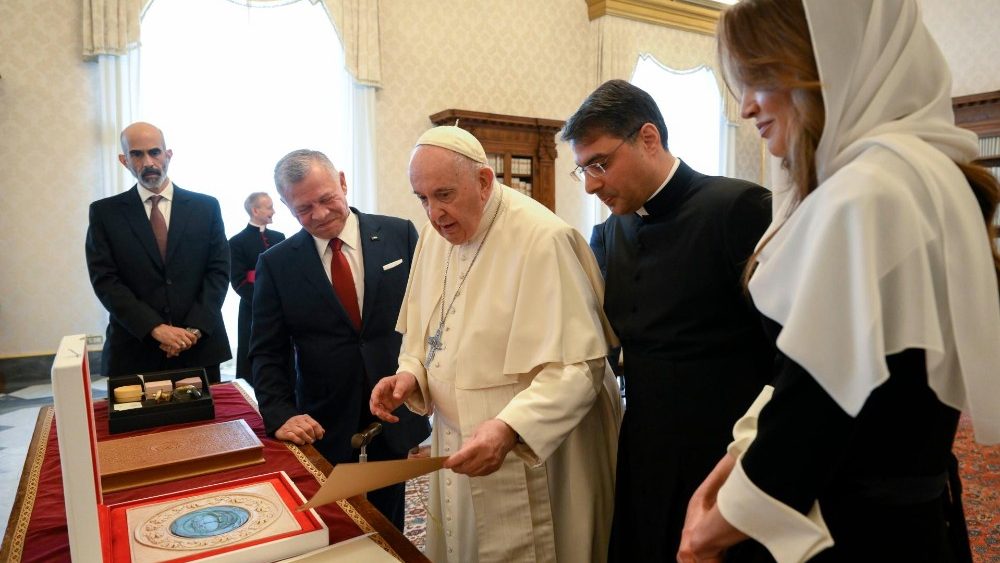 After the meeting with the Pope, King Abdullah met with Cardinal Pietro Parolin, Vatican Secretary of State, who was accompanied by Monsignor Paul Richard Gallagher, Secretary for Relations with States and International Organizations.

During the cordial conversations held in the State Secretariat, after expressing gratitude for the existing good relations, reference was made to the need to continue developing the inter-religious and ecumenical dialogue, guaranteeing that the Catholic Church in Jordan can always carry out her mission freely. 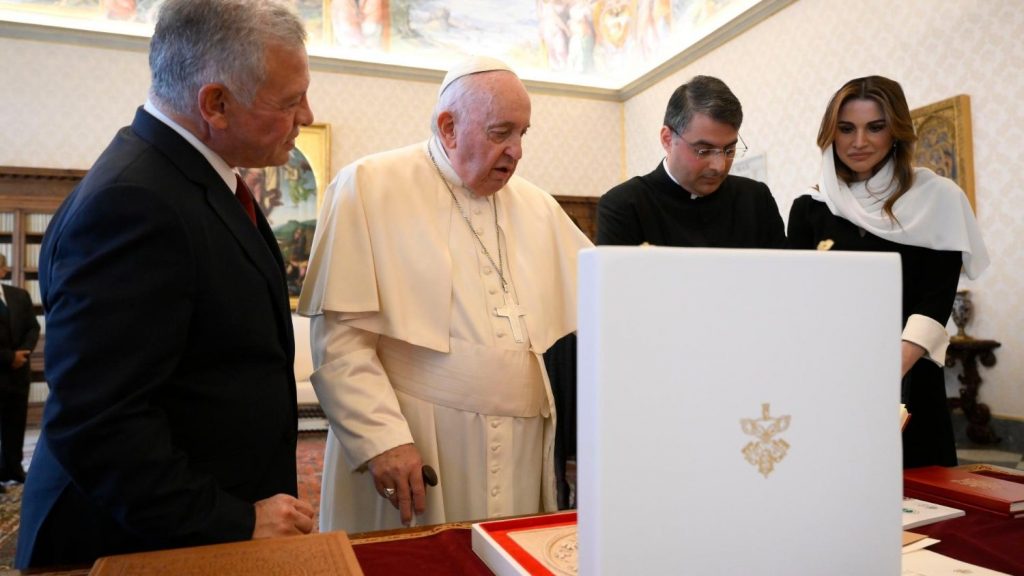 Finally, stressing the importance of promoting stability and peace in the Middle East, with special reference to the Palestinian question and that of refugees, the need was reiterated to preserve and foment the status quo in the Holy Sites of Jerusalem, place of encounter and symbol of peaceful coexistence, where mutual respect and dialogue are cultivated.