(ZENIT News / Vatican City, 14.12.2022).- On Wednesday morning, December 14, during this week’s General Audience, held in Paul VI Hall, the Holy Father reflected for the twelfth time on discernment. No doubt because of the cold and rain, the Hall was barely over half full.

Here is the catechesis translated into English.

We are now entering the final phase of this journey of catechesis on discernment. We started out from the example of Saint Ignatius of Loyola; we then considered the elements of discernment, namely, prayer, self-knowledge, desire and the “book of life”; we focused on desolation and consolation which form its “matter”; and then we reached the confirmation of the choice made.

I consider it necessary to include at this point a reminder of an attitude essential if all the work done to discern for the best and take the good decision is not to be lost, and this would be the attitude of vigilance. 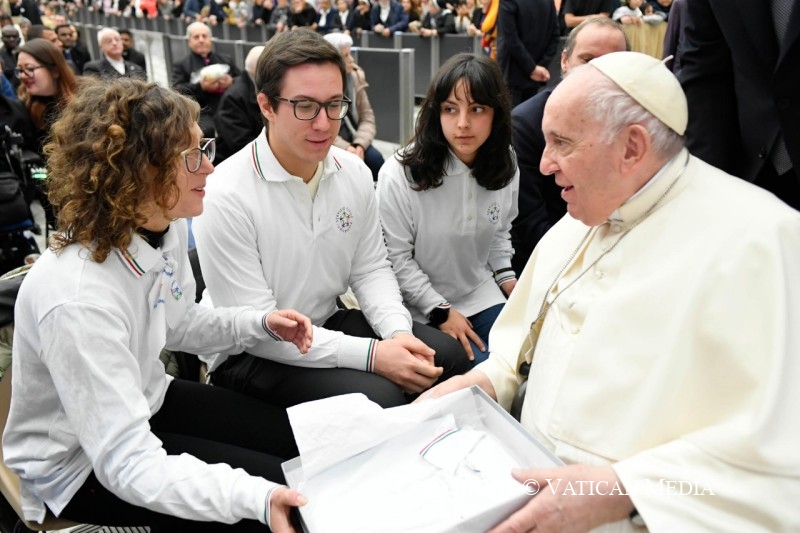 We have done discernment, consolation and desolation; we have chosen something … everything is going well, but now, vigilance: the attitude of vigilance. Because in effect there is a risk, and it is that the “spoilsport”, that is, the Evil One, can ruin everything, making us go back to the beginning, indeed, in an even worse condition. And this happens, so we must be attentive and vigilant. This is why it is indispensable to be vigilant. Therefore, today it seemed appropriate to emphasize this attitude, which we all need for the discernment process to be successful and stay that way.

Indeed, in his preaching Jesus insists a great deal on the fact that the good disciple is vigilant, does not slumber, does not let himself become too self-assured when things go well, but remains alert and ready to do his duty.

For example, in the Gospel of Luke, Jesus says: “Let your loins be girded and your lamps burning, and be like men who are waiting for their master to come home from the marriage feast, so that they may open to him at once when he comes and knocks. Blessed are those servants whom the master finds awake when he comes” (12:35-37). 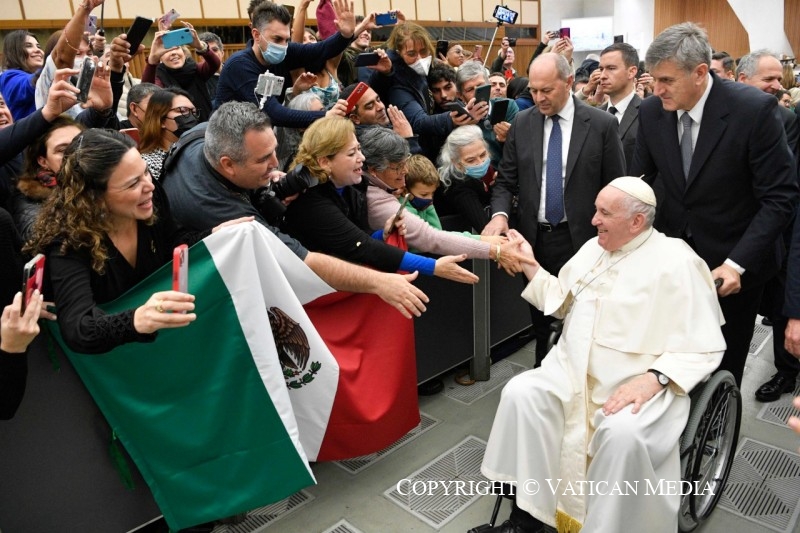 Keeping watch to safeguard our heart and to understand what is happening inside it. This is the frame of mind of the Christians who await the final coming of the Lord; but it can be understood also as the normal attitude to have in the conduct of life, so that our good choices, taken at times after challenging discernment, may proceed in a persevering and consistent manner, and bear fruit.

If vigilance is lacking, there is, as we were saying, a very high risk that all will be lost. It is a danger not of a psychological order, no, but of a spiritual order, a real snare of the evil spirit. Indeed, he awaits precisely the moment in which we are too sure of ourselves, and this is the danger: “But I am sure of myself, I have won, now I am fine…” – this is the moment he is waiting for, when everything is going well, when things are going “swimmingly” and we “have the wind in ours sails”. Indeed, in the short Gospel parable we heard, it is said that the unclean spirit, when it returns to the house from where it left, “finds it empty, swept, and put in order” (Mt 12:44), he finds it nicely prepared, doesn’t he? Everything is in its place, everything is in order, but where is the master of the house? He is not there. There is no-one keeping watch over it and guarding it. This is the problem. The master of the house is not home, he left, he was distracted, I don’t know; or he is at home but has fallen asleep, and therefore it is as though he were not there. He is not vigilant, he is not alert, because he is too sure of himself and has lost the humility to safeguard his own heart. We must always safeguard our home, our heart and not be distracted and go away… because the problem lies here, as the Parable said.

So, the evil spirit can take advantage of this and return to that house. The Gospel says, however, that he does not return alone, but along with “seven other spirits more evil than himself” (v. 45). A company of evil-doers, a gang of delinquents. But how is it possible, we wonder, for them to enter undisturbed? How come the master does not notice? Was he not so good at discerning and banishing them? Did he not receive compliments from his friends and neighbours for that house, so beautiful and elegant, so tidy and clean? The house of the heart, isn’t it? Yes, but perhaps precisely because of this he had fallen too much in love with the house, that is, with himself, and had stopped waiting for the Lord, waiting for the coming of the Bridegroom; perhaps for fear of ruining that order he no longer welcomed anyone, he did not invite the poor, the homeless, those who disturbed… One thing is certain: here bad pride is involved, the presumption of being right, of being good, of being in order. Very often we hear someone say: “Yes, I was bad before, I converted and now, now my house is in order thanks to God, you can rest assured…”. When we trust too much in ourselves and not in God’s grace, then the Evil One finds the door open. So, he organizes the expedition and takes possession of that house. And Jesus concludes: “The last state of that man becomes worse than the first” (v. 45). 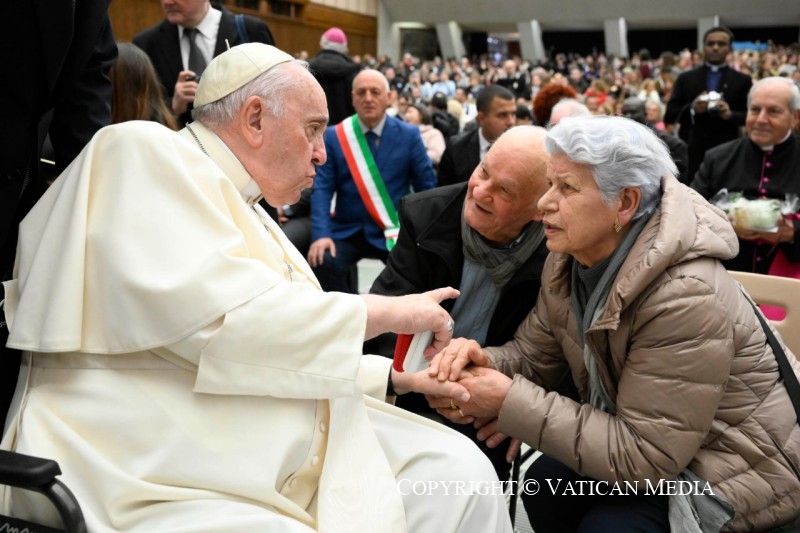 But doesn’t the master notice? No, because these are polite demons: they come in without you noticing, they knock on the door, they are polite. “No okay, go, go, come in…” and then eventually they take command of your soul. Beware of these little devils, these demons… the devil is polite, when he pretends to be a great gentleman, isn’t he? For he enters with ours to come out with his. Safeguard the house from this deception, that of polite demons. And spiritual worldliness takes this route, always.

Dear brothers and sisters, it seems impossible but it is so. Many times we lose, many times we are defeated in battles, because of this lack of vigilance. Very often, perhaps, the Lord has given so many graces, many graces, and in the end, we are unable to persevere in this grace and we lose everything, because we lack vigilance: we have not guarded the doors. And then we have been deceived by someone who comes along, polite, he goes in and, hello… The devil has these things. Anyone can also verify this by thinking back to their own personal history. It is not enough to carry out good discernment and to make a good choice.

No, it is not enough: we must remain vigilant, safeguard this grace that God has given us, but keep watch, because you can say to me: “But when I see some disorder, I realize straight away that it is the devil, that it is temptation…”. Yes, but this time he comes disguised as an angel: the devil knows how to dress up as an angel, he enters with courteous words, and he convinces you, and in the end, it is worse than at the beginning… We need to stay vigilant, keep watch over the heart. If I were to ask each one of you today, and also myself, “What is happening in your heart?”, perhaps we would not know how to say everything; we would say one or two things, but not everything. Keep watch over the heart, because vigilance is a sign of wisdom, it is above all a sign of humility, because we are afraid to fall, and humility is the high road of Christian life. Thank you.