(ZENIT News – TerraSanta.Net / Jerusalem, 14.12.2022).- On December 12, 2022, on the threshold of the Christmas festivities, the Assembly of Catholic Ordinaries of the Holy Land  (the Bishops and leaders of the principal religious communities, such as the Franciscan Custody) published a position statement which makes reference to the categories of justice and peace, and expresses their concern over the current social and political context.

“A new government is going to be formed in Israel, which we hope will bring political stability. However, we want to express our concerns about the political context in which this government is being formed and about the gradual deterioration of the general social and political situation in the Holy Land.”

Here are the main points of the Statement:

-Be careful with words!
“Certain statements made by members who are part of the governmental coalition are very divisive toward the Arab or otherwise non-Jewish community. They are contrary to the spirit of peaceful and constructive coexistence among the various communities that make up our society. Such statements favour those in this country who want division. Create distrust and resentment. The lay the groundwork for further violence. Violence in language inevitably, sooner or later, turns into physical violence as well.”

-More Attention to the Arab-Israeli Community

“We hope that, under this government, the attention of the country’s civil authorities will be returned with fairness to the diverse communities that make up Israeli society, avoiding discrimination or preference.”

“We are concerned by the violence and lack of security within the Arab community in Israel, which is wounded by continuous incidents and widespread crime. These make the lives of families increasingly fragile. There is a need to give more attention to the Arab communities in Israel and to take better care of the development of the Arab cities.” 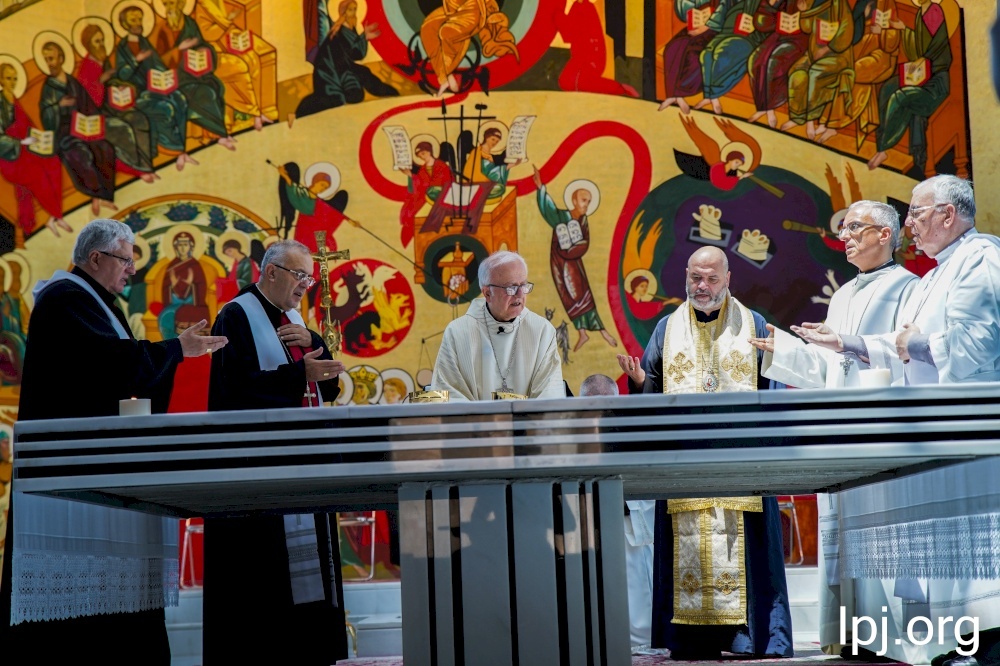 -Education Is a Priority

“Education, in both Jewish and Arab environments, requires more attention from the authorities. The future of our communities depends on how we invest in formation and education now. In light of the current trends of division and violence, educating our children is the most urgent of all endeavours.”

“Christian schools in Israel are, once again, on the brink of a crisis. Recent cuts in government funding jeopardize the future of quite a few of our educational institutions, which still play an important role in the field of education within our society.”

-Foreigners Among Us
“Foreign workers, asylum seekers, and their children, are part of the life of the Church. We again are called to give voice to many who live in a kind of legal limbo, without proper guarantees and without clear prospects for their future.”

We must, in addition, express our great concern about what is happening in Palestine and the Occupied Territories. That the situation is progressively and rapidly deteriorating is also evident by the numbers: we have witnessed an upsurge in violence this year, with the highest Palestinian death toll in more than twenty years. Settler violence in the settlements is always more on the rise. The living area available to the Palestinian population continues to shrink, due to the sustained growth of settlements. We are also witnessing attacks to the Jewish population. Violence is never justified and must always be condemned, no matter where it comes from. No one should die because they are Jewish or because they are Arab.”

“We must also criticize the arrest and detention of several Palestinian minors, especially in East Jerusalem. The politically biased arrest and detention of minors should never be a norm in a democratic country. Everyone, especially young people, is entitled to live in peace and security, to build a better future, and to be treated justly and with dignity. Human life and human rights should be respected.” 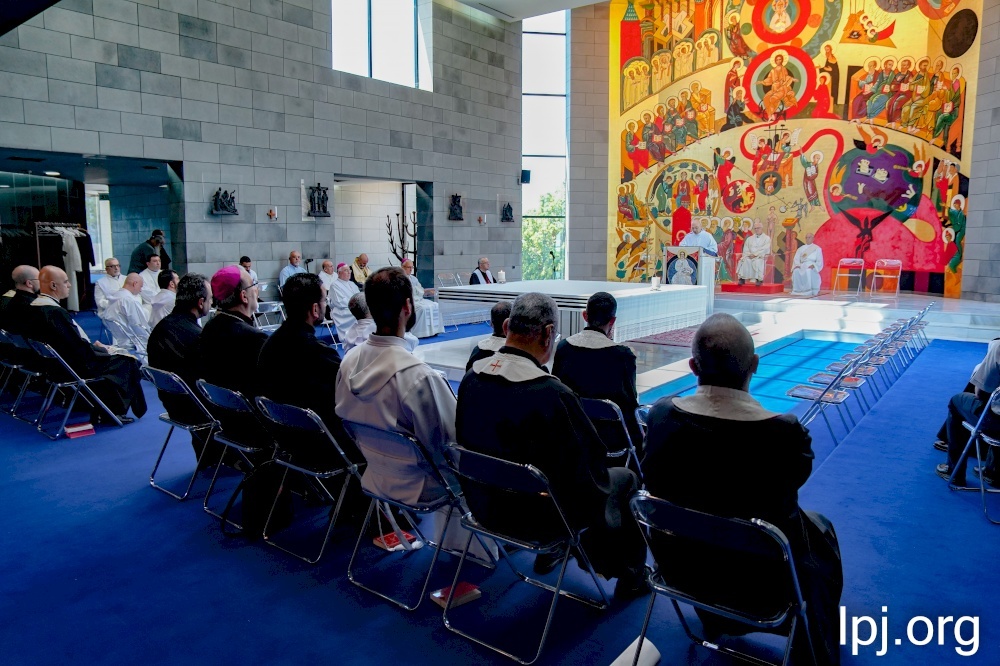 -The Peace Process Must Be Relaunched

“The absence of a real process of peace, based on International Law, will lead to more suffering. Violence is the consequence of a deep distrust and perhaps even hatred, that is taking root in the hearts of the two populations, Israeli and Palestinian. It is the common responsibility of everyone, especially religious and political leaders of all denominations, to foster mutual respect and not division or sentiments of hatred.”

-In the Name of the Poorest

“We raise our voice for the needs of the poorest and the weakest: to ensure that the Palestinian people are granted dignity and freedom in their land, that a stable solution and justice is given to the five million Palestinians living in the Occupied Territories, and that in the Holy Land all national communities have equal rights.”

-The Return of Pilgrims

“On the positive side, we see the return of the pilgrims to the Holy Land. They bring life and movement back to the streets and alleys of the Holy City, Bethlehem, Nazareth and the other places of pilgrimage, and thus bring smiles back to many families, not only Christian ones, who have been able to return to work. This afflux of pilgrims brings not only material prosperity but also more awareness and attention to the Holy Land and makes us feel that we are not forgotten.”

-Not All Is Bad
“We have also to stress that not all in Holy Land is going wrong, and that there are also signs of consolation: many individuals, local associations and movements, of different national and religious backgrounds, wish to build  friendship and solidarity in this divided social and political context of ours. Their love gives us hope and belief that there are still strong “antibodies” in our society, that is, those who still want to react to the ever-strong temptations of closure and refusal to dialogue and encounter, with initiatives of encounter and solidarity open to all.”

-An Appeal and A Prayer

“We make our own the words of Pope Francis, who recently said:
‘I follow with concern the increase in violence and clashes that have been taking place for months in the State of Palestine and in Israel… Violence kills the future, shattering the lives of the young and weakening hopes for peace… I hope that the Israeli and Palestinian authorities will more readily take to heart the search for dialogue, building mutual trust, without which there will never be a peaceful solution in the Holy Land” (Angelus, November 27, 2022).

“We invite all our communities to pray for the peace in Jerusalem, in the Holy Land and in every place in the world where violence, hate and division are a source of suffering.”