Spending the last few weeks of his stint as Apostolic Nuncio to the Philippines, Archbishop Gabriele Caccia called on Filipinos ‘not to get tired’ of protecting and respecting life, reported CBCP News.

Celebrating the Feast of Christ the King in St. Vincent Ferrer Parish in Bayambang, Pangasinan on Nov. 23, he urged the faithful to the “guardians” of life, especially of the poor.

“Don’t get tired of life even if it is very difficult… respect and promote life.” Caccia said in his homily.

“See each person as a child of God. We are called to share the same life, the fullness of life,” he said. 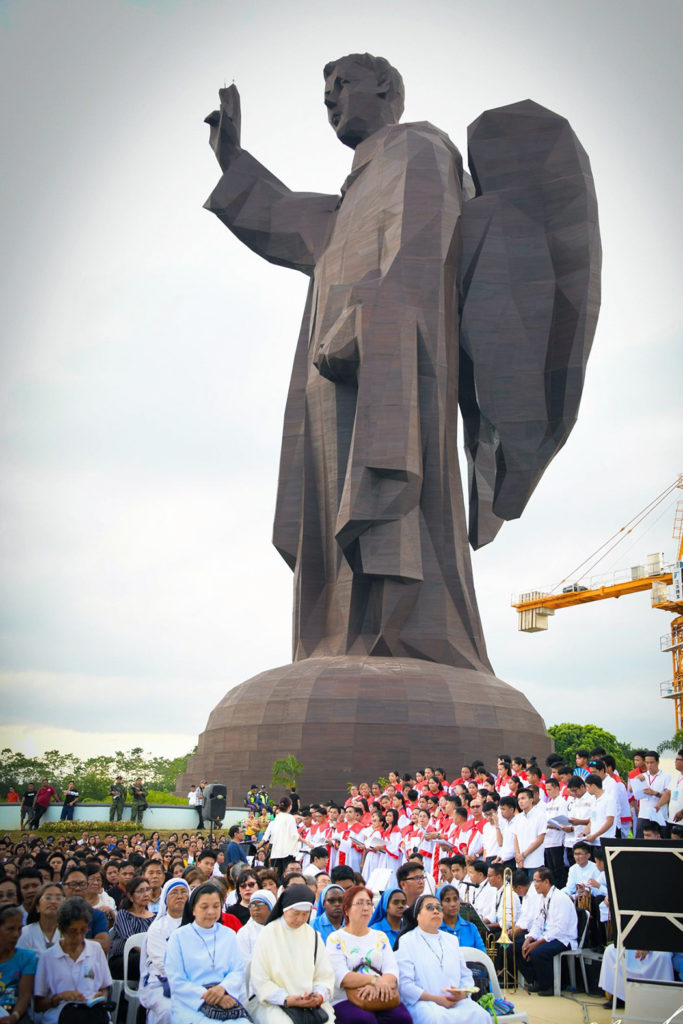 As Christians, he said that they are called to be servants of Christ “by sharing the love we have received” to others.

“We are called to give our life for others. This is the way in which the disciple of Jesus is recognized,” he said.

More than 3,000 people gathered together for this year’s Archdiocesan Christ the King celebration hosted by the St. Vincent Ferrer Parish.

Also in attendance were Archbishop Socrates Villegas of Lingayen-Dagupan and dozens of other bishops, priests, and the religious.

This year’s celebration also marked another historical event with the blessing and grand opening of the St. Vincent Ferrer Prayer Park.

The park features a 50.23-meter statue of the saint, the world’s tallest bamboo sculpture.

Funded by Kasama Kita sa Barangay Foundation, the statue was built to mark the town’s 405th founding anniversary and the 400th year of the parish.

Pope Francis on Nov. 16 appointed Caccia as the new Permanent Observer of the Holy See to the United Nations.

The Italian prelate succeeds Archbishop Bernardito Auza, who on Oct. 1, 2019, was named by the pontiff as Apostolic Nuncio to Spain and Andorra.

Caccia has been serving as Apostolic Nuncio to the Philippines since November 2017.

After finishing his duties in Manila, he is expected to arrive in New York to assume his new post on Jan. 16, 2020.