“Raymond Arroyo’s touching, The Spider Who Saved Christmas reveals that light can be found in even the darkest of circumstances. This is beautifully crafted, multi-sensory storytelling that speaks to what each of us is experiencing today–and the hope that is ever present if we take the time to seek it.” –Roma Downey, Award-winning actress, producer and author.”
This October, Sophia Institute Press will release The Spider Who Saved Christmas created by New York Times bestselling author and award-winning broadcast journalist Raymond Arroyo and illustrated by 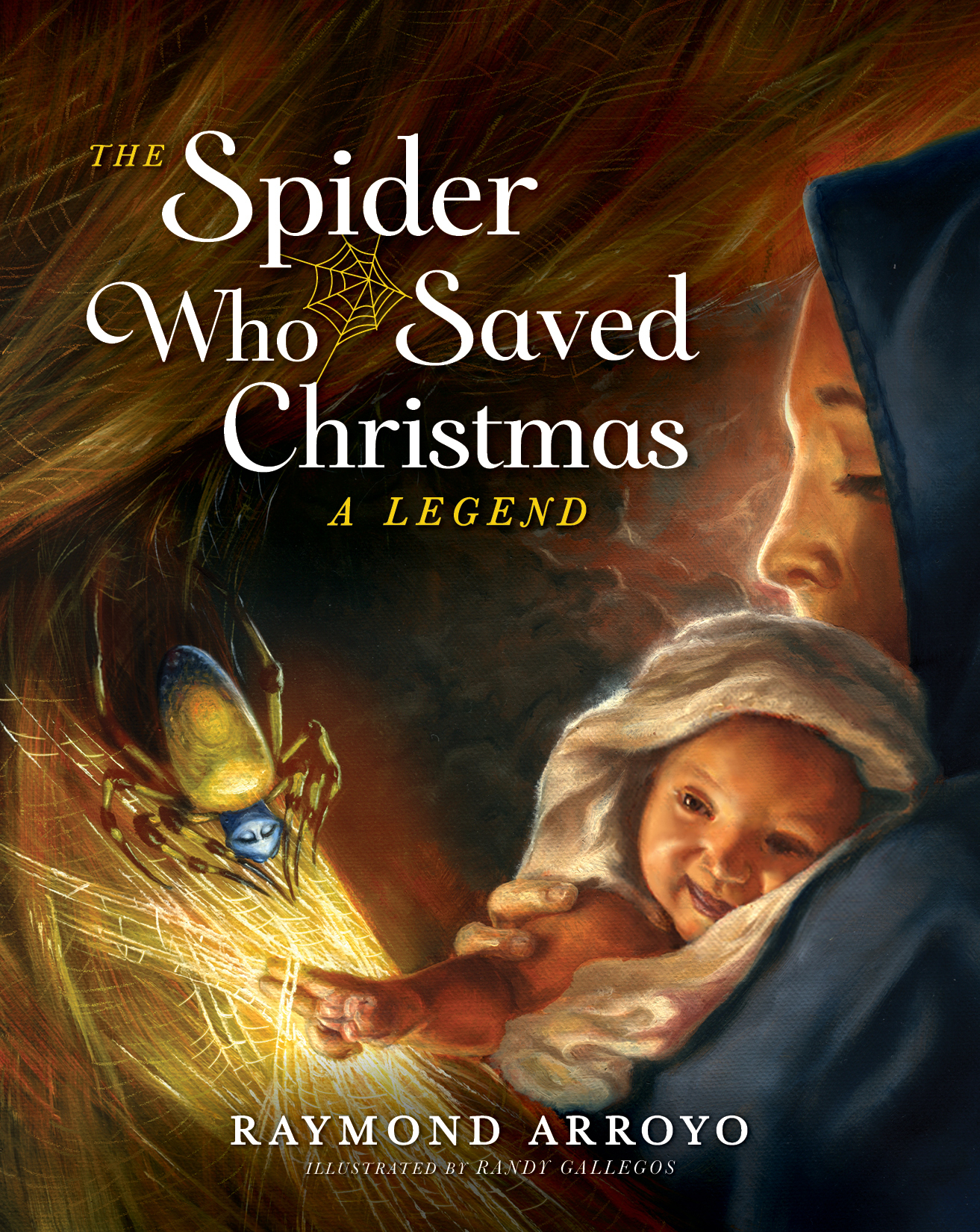 Randy Gallegos. One of the most anticipated Christmas offerings, The Spider Who Saved Christmas, is an exquisite picture book slated for release Oct. 15 and available for preorder at: smarturl.it/SpiderChristmas.

The reimagined ancient legend is destined to earn its place among treasured family Christmas traditions for generations to come. Arroyo simultaneously entertains and inspires, while honoring the unfolding sacred mystery. In his signature cinematic literary style, Arroyo revives this all but lost Eastern European Nativity tale, which reveals the origin of Christmas tinsel.

Through the eyes of a humble beloved spider, readers are treated to a fresh experience of the dramatic events surrounding the Holy Family. The “dangling visitor” named Nephila, plays a pivotal role in this faith-filled journey as she overcomes seemingly insurmountable circumstances and is swept up in the great miracle of Christmas.

The Spider Who Saved Christmas debuts as part of a larger “Legend Series” of planned self-contained, episodic stories.

The fullness of life and of joy is found by giving oneself for the Gospel and for our brothers and sisters, with openness, welcoming and goodness.