(ZENIT News / Rome, 16.07.2022).- The Univision and Televisiva networks interviewed the Holy Father –the fourth interview published by the media in the month of July–, on different current topics of general interest. One of the issues addressed, in the context of the Supreme Court’s ruling on abortion, was if the Pontiff is concerned about the fact that, days after the ruling, a President who calls himself a devout Catholic, appealed to Congress to legalize abortion. Pope Francis answered:

“First of all, the legal part of the Supreme Court’s change, I didn’t study and I don’t understand, so I can’t opine if this decision is better than that of 50 years ago or if the latter was better than this one. I can’t opine because it’s a technical thing, which I haven’t studied. I leave that to one side. I will not opine on that. In regard to abortion: first, what is abortion? Any book on embryology tells us that DNA is already present a month after conception, and all the organs are delineated. That’s pure science –the books that boys and girls study in the University. Hence, in face of this fact I ask myself, is there a human life? I don’t say a person but human life. Then, is it right to eliminate a human life? It’s not better, because one must be coherent with the science. Isn’t that right? It’s a scientific fact. In regard to what is happening in the United States, if it’s polarized so much, so much, so much […] In principle, when a Pastor loses the pastoral dimension, a political problem is created– a political problem is created. These are the two things that I’d say in face of the phenomenon of the United States.”

The interviewers Maria Antonieta Collins and Valentina Alazraki now turned to the particular case of Nancy Pelosi, saying that she goes to Communion in some dioceses but cannot in others. They tell him that she went to Communion in the Vatican, and to this, Pope Francis replied: 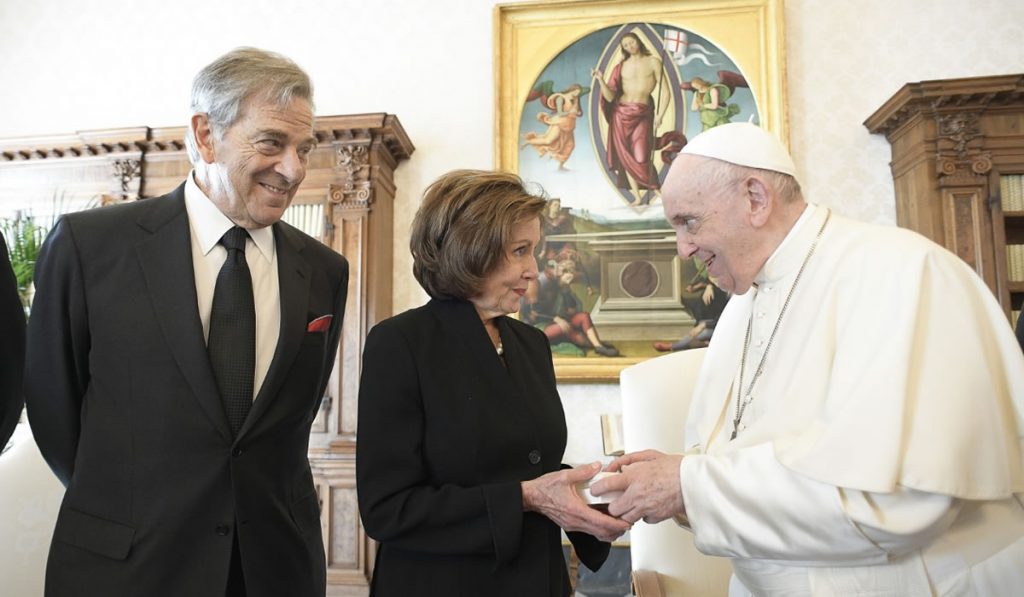 The same argument was addressed by the Archbishop of Kansas, Monsignor Joseph Nauman, in an interview with Die Tagespost. He who was the President of the Pro-Life Committee of the American Bishops, explained his position regarding Biden and his supposed Catholic faith:

President Biden says he is a devout Catholic, but it’s not clear given his actions. In my opinion, he uses the Rosary and his attendance at Mass  to present himself as a faithful Catholic. If Joe Biden’s career is observed, one sees he followed the Democratic policy, not the teaching of the Church. He has gone to the extreme and now he even wants to use all Federal funds to continue legal abortions in the United States. I can’t see into the man’s conscience, but it seems to me that his faith plays a minor role. What moves him is what he believes is politically necessary to come out ahead. I’m concerned about the amount of people he is deceiving. Hence, I adopt the position that, if the President is honest, he should voluntarily abstain from receiving Communion.”

Then, in regard to his having to be excluded from Eucharistic Communion, the Archbishop of Kansas said that it’s something in the hands of the local Bishop. And when asked about Speaker Pelosi receiving Communion in the Vatican and the Pope’s opinion, (referred to above), Monsignor Nauman answered:

“I think the Pope doesn’t understand the United States more than he understands the Church in the United States. His advisers and the people around him misinformed him completely. Of course we must be pastoral. However, it’s not pastoral to say to someone that he is a good Catholic and that, of course, he can receive Communion when that person has committed a grave evil. The fact that the Pope received Pelosi was exploited politically. In doing so, Francis is doing exactly what he warns others.” 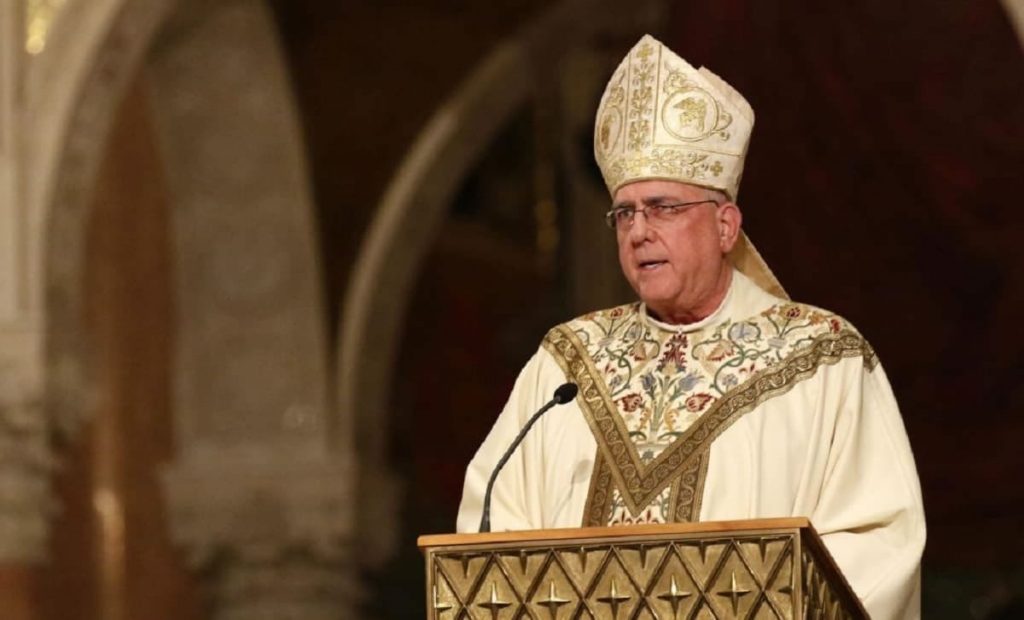 The interviewer asked explicitly if he would describe as “difficult” the relation between the “progressive” Pope and the Episcopate in the United States, which is “conservative in the main.” The Archbishop of Kansas answered:

“In the first place, the terms “progressive” and “conservative” don’t seem appropriate to describe the Church. Neither are they useful in regard to Bishops and Popes. This is political language, which doesn’t reflect what the Church is about. I think the American Bishops have shown much respect for Pope Francis. In the main, they have applauded his actions and what he  defends. The Bishops of this country also welcome his focus on helping the poor and migrants by an overwhelming majority. Moreover, I believe that here, too, the Pope was badly informed on many aspects.”

Verified in both answers in the respective interviews, is a clear distinction of opinions about the way of addressing questions that transcend the legitimate ecclesial interest. This sort of questions are not necessarily conflictive given that in the general practice of the National Episcopal Conferences there are  Bishops that differ in the way of addressing conjunctural topics. And, in fact,  this doesn’t mean that personal enmity exists. On the contrary, it enables one to know sensibilities that can be more or less close to the reality  in the measure in which that reality is lived more directly.

The position of the Pope is clear in regard to the defense of human life, something that in reality has been a constant during his almost 10 years of Pontificate.

In sum, it can be said that on these topics public opinion is being offered two ways of addressing the same subject: after all, the definitive decision is the responsibility of the local Bishop. It has already happened with Pelosi and what the Archbishop of San Francisco decided pastorally for her.