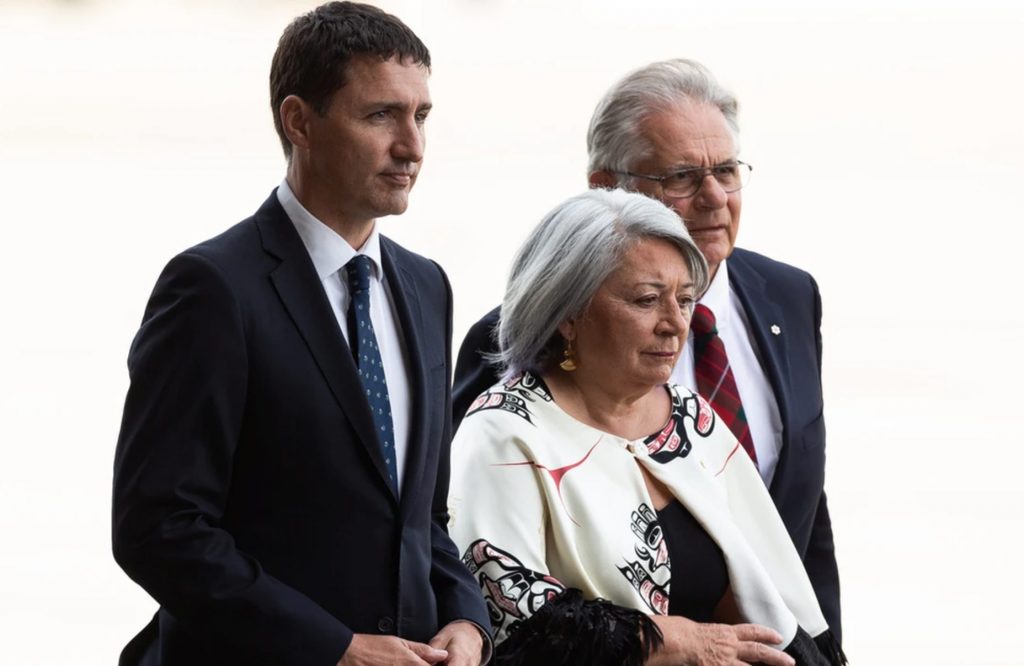 The papal flight arrived there around 11:20 am (local time). After descending from a side door, the Holy Father was taken to an area where he was greeted initially by the Canadian President and some representatives of the native peoples. 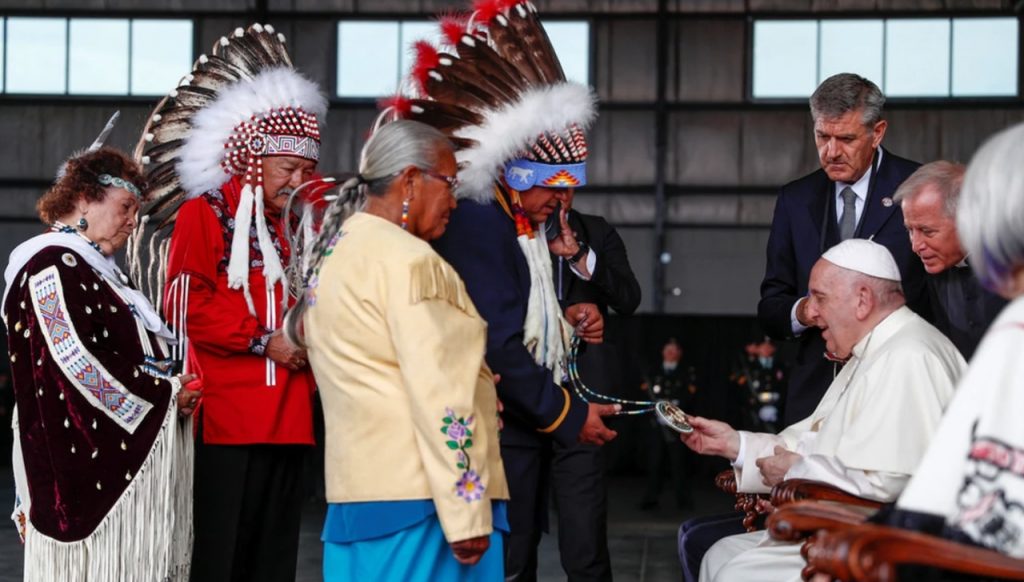 Then the Pontiff was taken to a hangar for a discreet reception ceremony, with musical performances by Canadian Indians. Subsequently the Pope was able to greet at greater length more representatives of the native peoples, as well as a few Authorities. There were no speeches; only gestures of attention, listening and closeness. 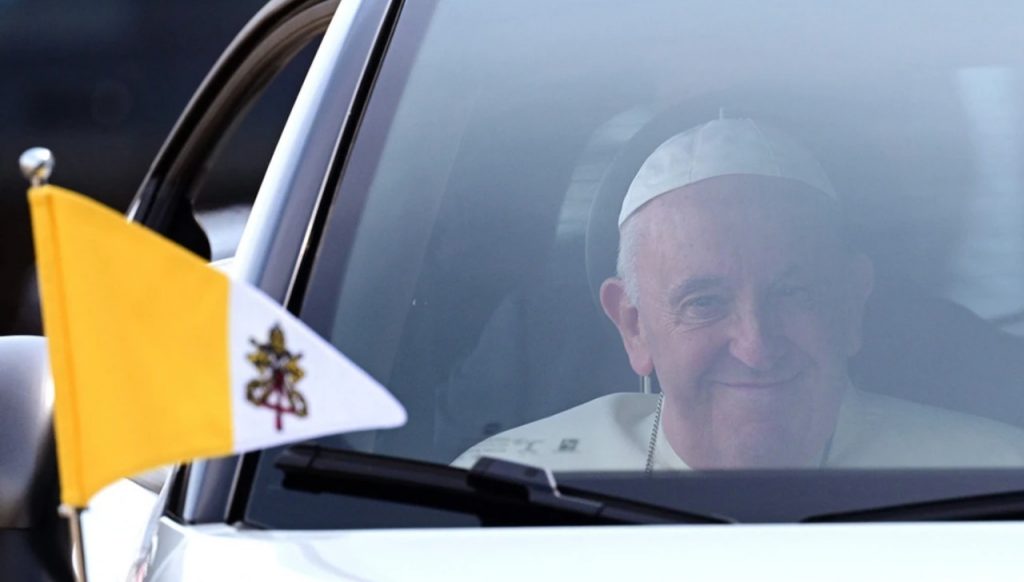 At the end of the above event, the Holy Father and Trudeau had a private meeting in the airport premises. 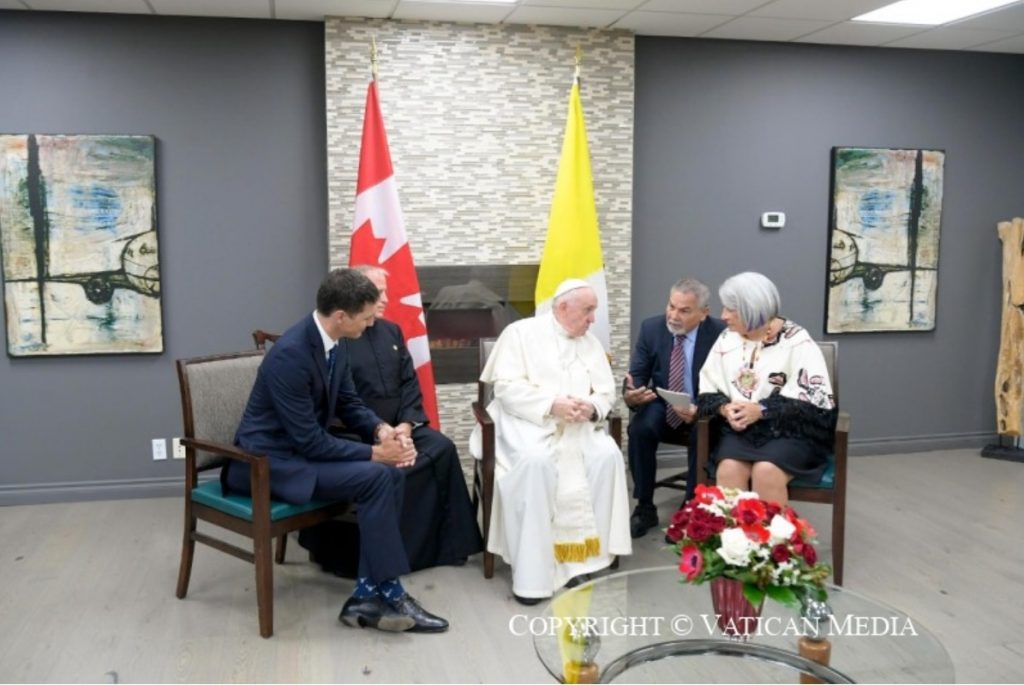 Pope Francis’ public events are planned for Monday, July 25. From the Pope’s Twitter account in English he sent the following message:

“Dear brothers and sister of Canada, I am coming among you to meet with the Indigenous Peoples. I hope, with God’s grace, that my penitential pilgrimage will contribute to the path of reconciliation already undertaken. Please accompany me with prayer.”