(ZENIT News / Vatican City, 03.08.2022).- The General Audience on Wednesday, August 3, was held in Paul VI Hall. So the Holy Father took up again the Audiences interrupted by his summer rest and his trip to Canada.

In fact, his trip to Canada was the focus of his address on the first Wednesday of August.

After summarizing his catechesis in several languages, the Holy Father expressed special greetings to the faithful present. Then he made an appeal in favour of Lebanon, on the second anniversary of the explosion in Beirut’s port. The General Audience ended with the praying of the Our Father and the Apostolic Blessing. 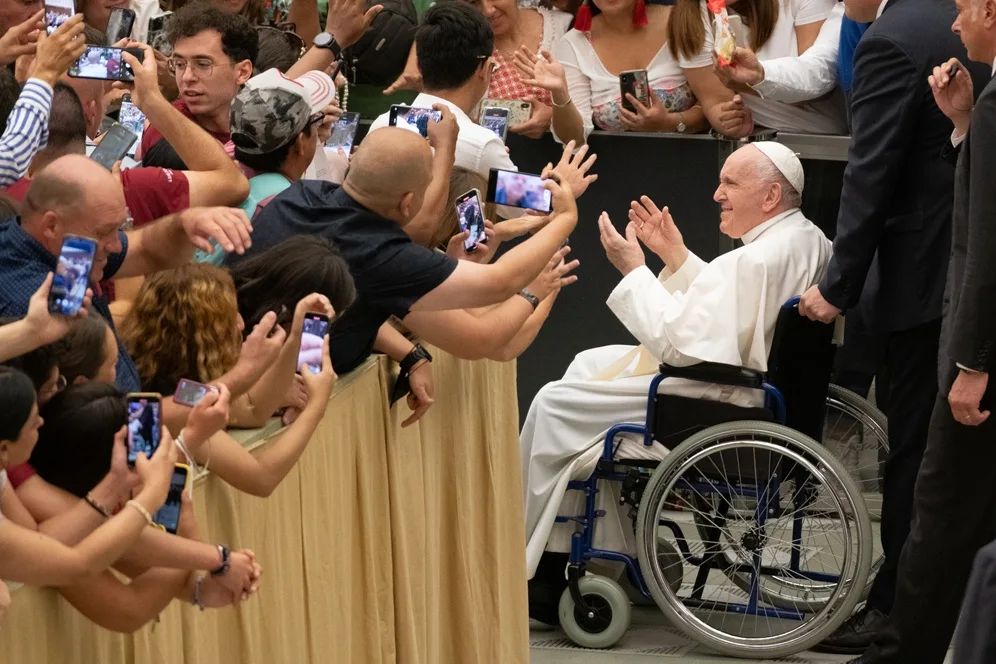 Here is the English translation of the text of the Audience, with headers in bold added by ZENIT.

Today I want to share with you some reflections on the Apostolic Journey I undertook to Canada in past days. It was a trip different from any other. In fact, the main motivation was to meet with the native peoples to express my closeness and my sorrow to them — to implore forgiveness – for the harm done to them by Christians, including many Catholics, who in the past collaborated with forced assimilation policies of governments of that time.

In this connection, a way has been opened in Canada to write a new page in the journey the Church has been engaged in for some time with the indigenous peoples. In fact, the motto of my trip, “Walking Together,” explains it somewhat. It was a trip of reconciliation, of healing, which presupposed historical knowledge, listening to survivors, awareness and especially conversion, a change of mentality. This study in depth shows that, on one hand, some men and women of the Church were among the most determined and courageous defenders of the dignity of the indigenous peoples, standing up for them and contributing to knowledge of their languages and cultures but, on the other hand, unfortunately, Christians were not lacking –namely priests, men and women religious, and  laymen– who took part in programs that today we regard as unacceptable and also contrary to the Gospel. Hence, I went to ask for forgiveness in the name of the Church. 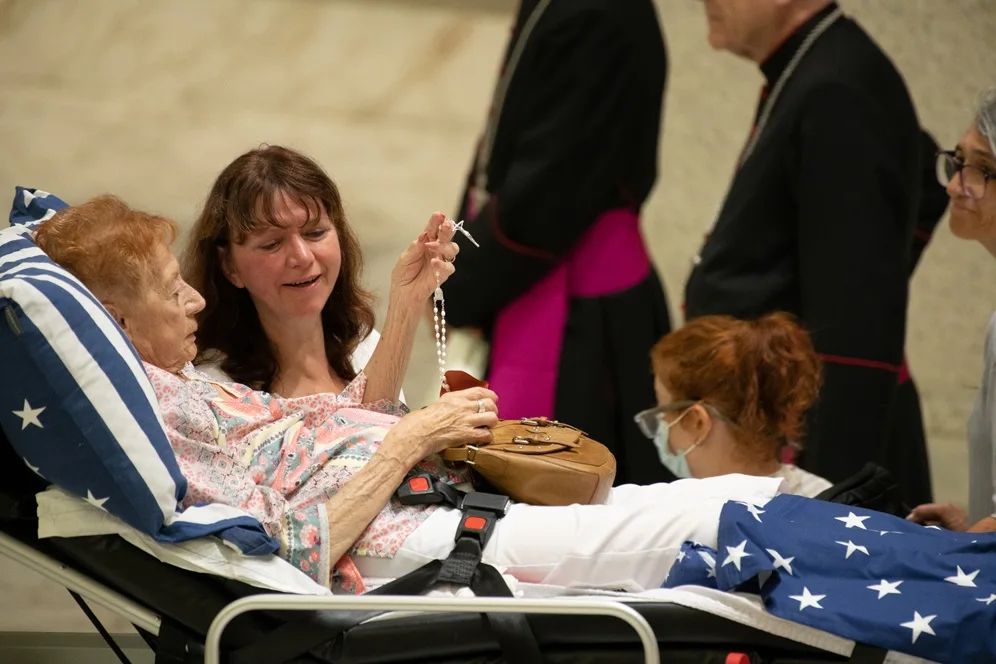 It was, therefore, a penitential pilgrimage. There were many moments of joy but the sense and tone of the whole was one of reflection, repentance and reconciliation. Four months ago I received [in Rome] representatives of the native peoples in separate groups: there were six meetings in total, to prepare somewhat for this meeting.

First Stage: That of recollection

There were three great stages of pilgrimage: the first, in Edmonton, in the West of the country. The second, in Quebec, in the East, and the third in the North, in Iqaluit, some 300 kilometers from the Arctic Polar Circle. The first meeting took place in Maszqwacis, which means “Bear Hill,” to which leaders and members of the main indigenous groups came –First Nations, Métis and Inuits– from all over the country. We recalled together: the good memory of the ancient history of these peoples, in harmony with their land: this is one of the most beautiful things of the native peoples, their harmony with the earth. They never mistreat creation, never. They are in harmony with the earth. And we also went over the painful memory of the abuses they suffered, including in  the residential schools, because of the policies of cultural assimilation.

Second Stated: That of Reconciliation

After recollection, the second step of our rip was that of reconciliation. Not a commitment among us –that would be an illusion, a staging– but our allowing ourselves to be reconciled by Christ, who is our peace (cf. Ephesians 2:14). We did so taking as reference the figure of the tree, central in life and the symbolism of the indigenous peoples. 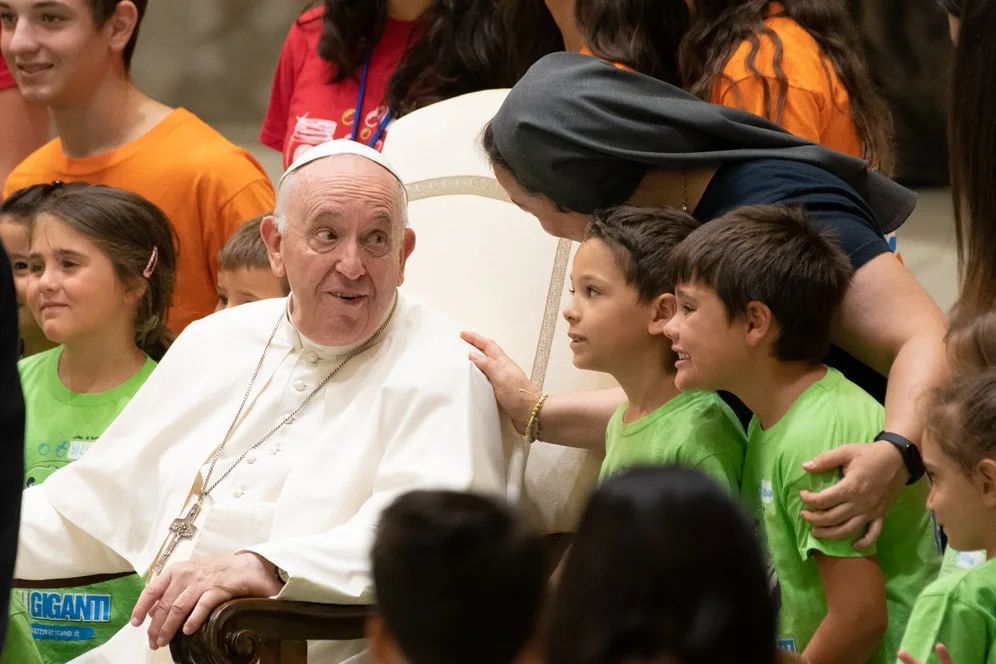 Third Stage: That of Healing

Memory, reconciliation and, hence, healing. We carried out the third stage of the trip on the shores of the Lake of Saint Anne, on the feast of Saints Joaquim and Anne. We can all drink of Christ, source of living water and there, in Jesus, we experienced the Father’s closeness who gives us the healing of wounds and also the forgiveness of sins. From this trip of memory, reconciliation and healing hope arises for the Church, in Canada and in the whole world. And hence, the figure of the disciples of Emmaus, who after walking with the Risen Jesus, with Him and by Him, went from failure to hope (cf. Luke 24:123-35).

As I said at the beginning, the trip with the indigenous peoples was the vertebral column of this Apostolic Journey. Grafted on this were the two meetings with the local Church and with the country’s Authorities, to whom I wish to renew my sincere gratitude for the great availability and cordial reception they gave me and my collaborators, and the same to the Bishops.

I reiterated, before the Governors, the Indigenous Leaders and the Diplomatic Corps, the active will of the Holy See and of the local Catholic communities to promote the native cultures, as appropriate spiritual ways, and with care for the customs and languages of the peoples. At the same time, I observed how the colonizing mentality is present today in various forms of ideological colonization, threatening the traditions, the history and the religious ties of the peoples, levelling the differences, focused only on the present and often neglecting the duties towards the weakest and frailest. Therefore, it’s about recovering a healthy balance, about recovering the harmony, which is something more than balance; to recover the harmony between modernity and the ancestral cultures, between secularization and spiritual values. And this challenges directly the mission of the Church, sent to the whole world to give witness, to “sow” a universal fraternity, which respects and promotes the local dimension with its many riches (cf. Encyclical Fratelli Tutti, 142-153). 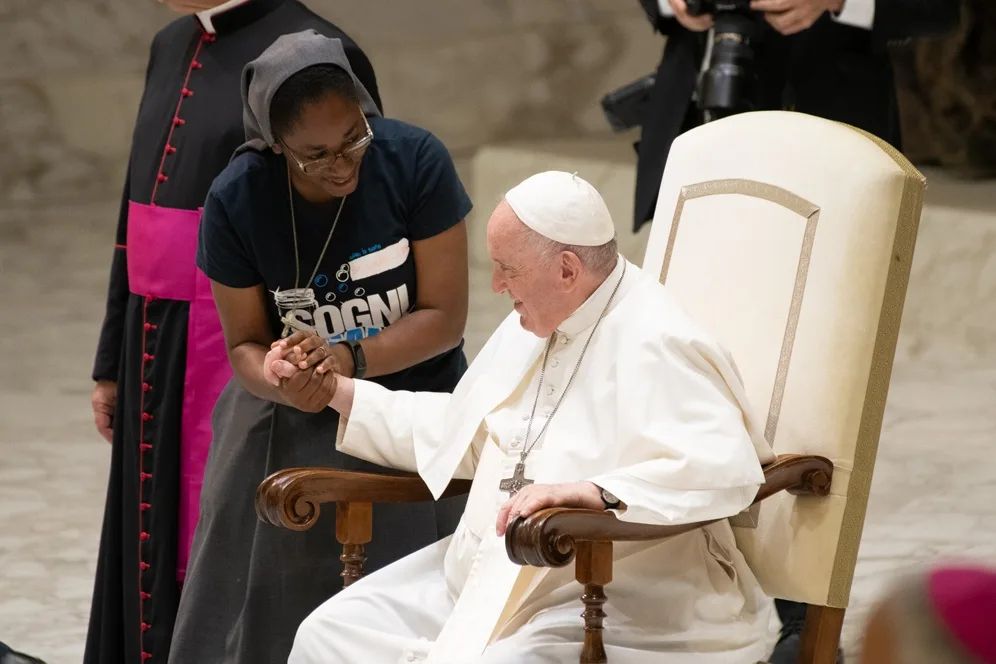 I’ve already said it, but I wish to reiterate my gratitude to the Civil Authorities, to the Governor General, to the Prime Minister, to the local Authorities of the places I went to: I thank you very much for the way in which you favoured the realization of the intentions and gestures that I have mentioned. And I wish to thank especially the Bishops for the unity of the Episcopate: the realization of the objectives of the Day was possible because the Bishops were united and, where there is unity, one can go forward. So I want to stress this and thank the Bishops of Canada for this unity.

And the last meeting –in the land of the Inuit, with young and elderly people–, was in this sign of hope. And I assure you that in these meetings, especially in the last one, I had to feel as blows the pain of these persons: the elderly who had lost their children and did not know where they ended up, because of that policy of assimilation. It was a very painful moment, but we had to show our face given our errors, our sins. In Canada also, this twosome is key –young and elderly people– it’s a sign of the times: young and old in dialogue, walking together in history between memory and prophecy, in agreement. May the fortitude and peaceful action of Canada’s indigenous peoples be an example so that all native peoples don’t close themselves, but offer their indispensable contribution to a more fraternal humanity, which is able to love creation and the Creator, which is in harmony with creation, in harmony with all of you.

Translation of the Italian original by ZENIT’s Editorial  Director, and to English by Virginia M. Forrester.