(ZENIT News / Vatican City, 16.08.2022).- It’s not only ZENIT’s experience: journalists who cover the Pope’s activities know that one goes to a papal event for two reasons: for what the Pontiff will do and say officially and for the surprises that ordinarily happen outside the program.

The General Audience of August 17 was one of those moments. The previous week, Wednesday the 10th, the Holy Father said it would be the last Audience in which he would talk about old age. Surprisingly, however, on Wednesday the 17th, he touched upon the subject again. Perhaps few realized it, but what they did witness were two unexpected events. And still another that the press is only now finding out about.

The first happened when the summary of the catechesis was being given in different languages: a few meters to the left of the Pontiff, a soldier collapsed to the unanimous astonishment of the almost ten thousand present. He was helped to his feet again to the applause of all, while the Pope looked on from his seat. It’s highly probable that the excessive heat and humidity of the Roman summer brought down the young man dressed in the traditional uniform –which is anything but light and airy–, and who has to remain standing for not a few hours. Moments later, the Swiss Guard returned to his hieratic position in the same place. 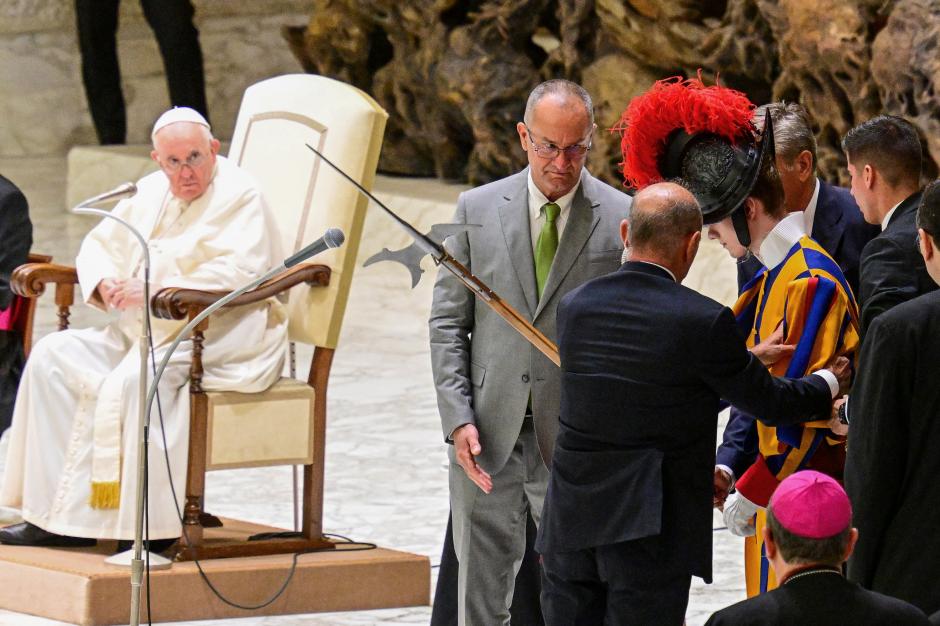 But, just a few minutes later, after the fright of the soldier’s fainting, another gasp of surprise was heard in Paul VI Hall, followed by applause. A child “circumvented” the Pope’s security, went up the stairs and stood next to him. “Hello, how are you, what’s your name,” asked the Pope adding another question: ”Do you like being here? Sit down.”

A few seconds later, and given that before these two unexpected events the Holy Father talked about the elderly and young people, he added in a friendly manner: ”In the Audience we talked about the dialogue between the elderly and the young, no?,” he said pointing to the child, whose identity he didn’t know and which the Press Office reserved the right not to disclose as he was a minor. 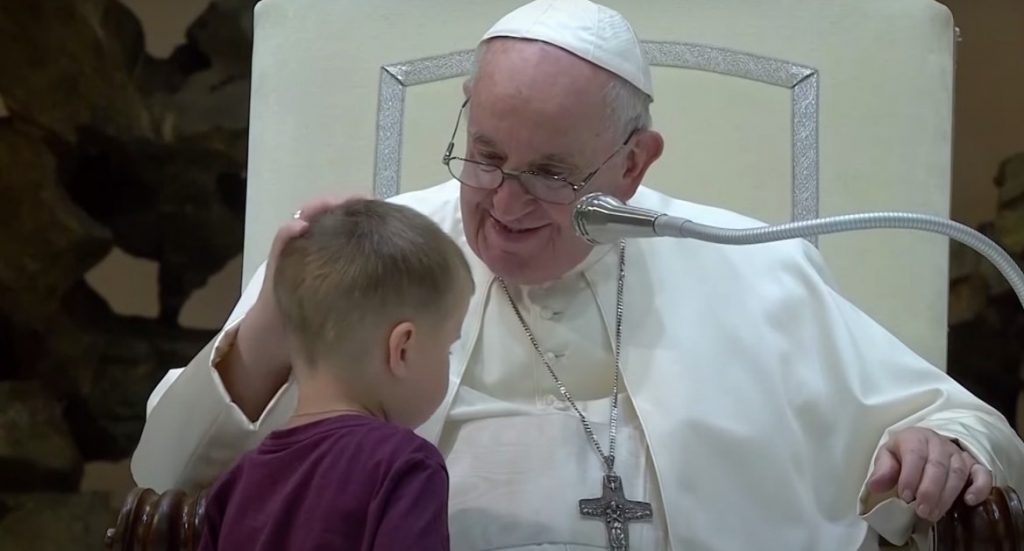 Finally, according to the Italian press, there was another surprise meeting during this Audience. The Pope met with Francesca Immacolata Chaoqui, involved in the past in the so-called Vatileaks and subsequently called as a witness in the case of the sale of a building in London, which led to the trial of a Cardinal.