(ZENIT News / Rome, 16.08.2022).- In an interview with the Italian Agency ANSA, Andrii Yurash, Ukraine’s Ambassador to the Holy See, said that the Pope’s trip to Ukraine continues in negotiation.

Last August 6 Yurash insinuated on Twitter that the Holy Father would visit Kiev, during a stopover on his trip to Kazakhstan this coming September. In recent statements, the diplomat asserted that the Ukrainian people are ready to receive the Pontiff. He also said that none of the Christian communities or other religious communities “put prior conditions as the Russian Orthodox did.” On the contrary, “it’s a united and plural institution, which will be by his side, including in a moment of common prayer for peace and against the war,” he added.

Speaking about the Pontiff’s security in the eventual visit, Yurash said that Ukraine guarantees “that the security measures will be at an even stricter level, as the whole world has witnessed how they functioned perfectly on the occasion of visits of other European and world leaders.” 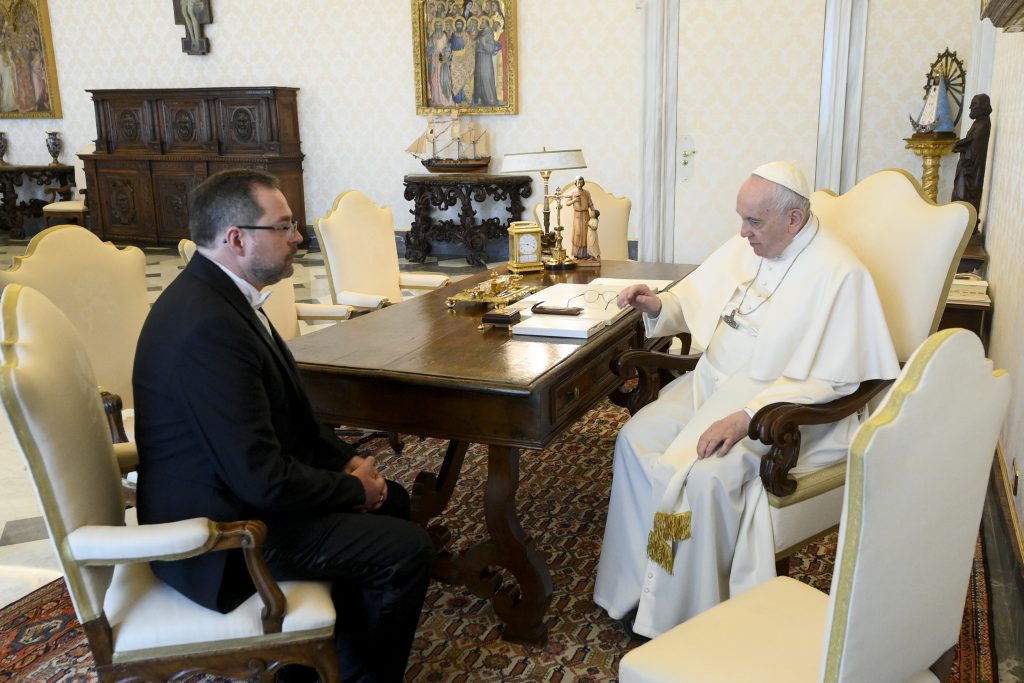 Last August 12, the Holy Father made a phone call to President Zelensky. The call raised the expectation of the visit. “It is important to understand how crucial it is to have a permanent communication with the Pontiff. Our President is very grateful for the possibility to talk with the Pope and to hear words of support to him,” he said.

Asked concretely and specifically if the Pope will be in Kiev on September 13, the Ambassador replied: “For the moment I can‘t say it; what I can say is that we are ready to welcome the Pontiff as soon as he so decides. We also await his medical conditions and the doctors’ approval,” adding:

“In all his addresses since February 24 and henceforth the Pope has always expressed his support to the Ukrainian people. He has said several times that the war is a barbarity, not only against Ukraine but against humanity itself. He has always expressed his closeness to Ukraine and in his words he always supports the victims of the war and their own in their struggle for survival and their suffering. He has also always supported all countries that defend democratic principles. I repeat that his visit would be a particularly important sign for all those countries making an effort for a democratic world that respects the principles of diversity and pluralism.”

Andrii Yurash said that if the visit does take place, an effort will be made to have the Pope visit Bucha, the city of the Russian massacre of Ukrainian civilians, located close to the country’s capital.