The ICLN was created in 2010 and exists to educate, empower and connect in companionship a new generation of Christian leaders of unbreakable professionalism, who serve in or for public positions while they operate and cooperate effectively in a global multifaceted playing field in crisis. Its mission isn’t to find solutions but to provide the environment and tools for appropriate individuals to do so. The ICLN doesn’t take part in lobbying activities or political activism, and it operates under Chatham House’s non-partisan principles and the rule of confidentiality.

The ICLN is a non-profit limited liability company, which is governed by the internationally respected regime of Austrian company law, with permanent personnel and headquarters in Vienna as well as a financially independent legal associated office in Washington, D.C. Among its honorary members are the Archbishop of Vienna, Cardinal Schönborn; the Archbishop of Beirut, Cardinal Patriarch Bechara Boutros al-Rahi, and a non-Catholic Bishop: Ignatius Aphrem II, of the Syrian Orthodox Church. 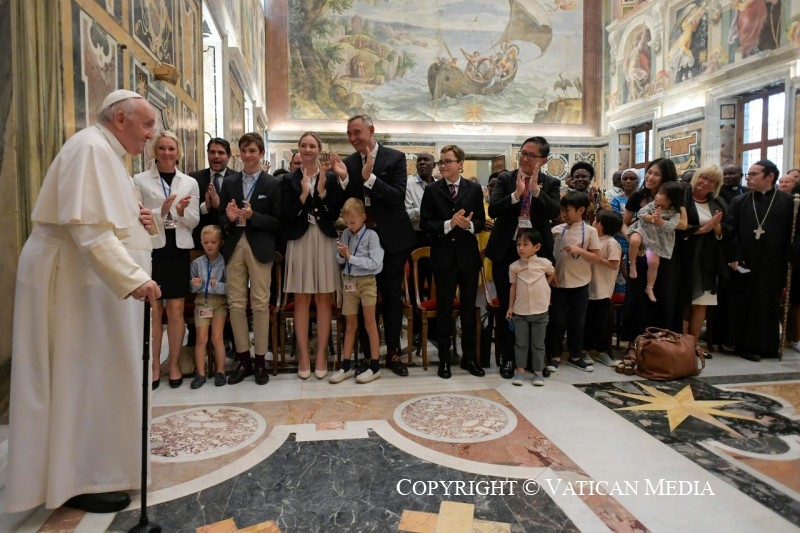 Here is the Pope’s address.

I am pleased to welcome all the participants in the meeting of the International Catholic Legislators Network. I thank Cardinal Schönborn and Dr Alting von Geusau for their greetings and also all those that have organized this meeting. I also greet His Holiness Ignatius Aphrem II, Patriarch of the Syrian Orthodox Church, and I am happy he is present with us.

You have met to reflect on the important subject of the promotion of justice and peace in the current geopolitical situation, marked by conflicts and divisions, which affect many areas of the world. In this connection, I would like to offer some brief reflections on three key words that can help to guide your debates over these days: justice, fraternity and peace.

The first word, justice, defined classically as the willingness to give each one what is due to him, implies, according to the biblical tradition, concrete actions geared to promoting just relations with God and with others, so that the good of persons and the community flourishes. Many are the people, in today’s world, who cry out for justice, especially the most vulnerable, who are often voiceless and hope that civil and political leaders will protect their dignity as children of God  and the inviolability of their basic human rights, through public policies and effective laws. I think, for example, of the poor, migrants, refugees, victims of human trafficking, the sick, the elderly, and so many other persons that run the risk  of being exploited or rejected by today’s throwaway culture. Your challenge is to work to safeguard and empower in the public sphere those correct relations that enable each person to be treated with the respect and love due to him/her. As the Lord reminds us: “Do to others what you would like them to do to you” (Matthew 7:12; Luke 6:31). 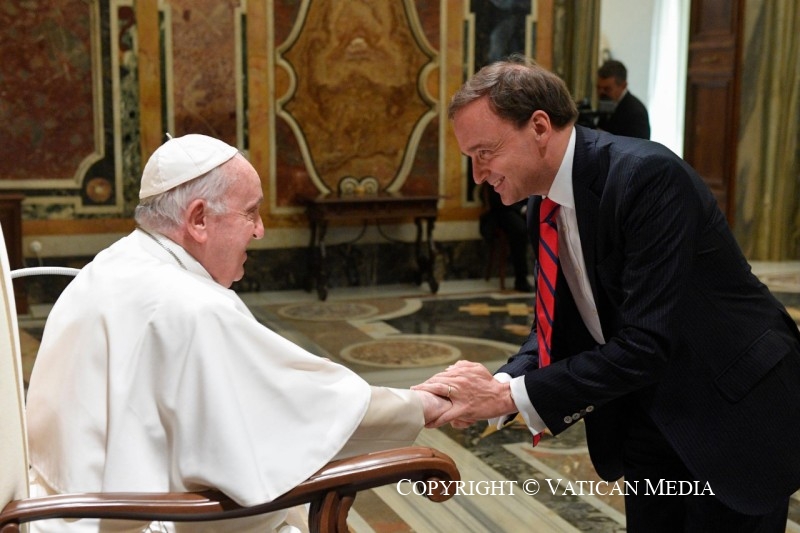 This leads us to the second key word: fraternity. In fact, a just society cannot exist without the bond of fraternity, that is, without a sense of shared responsibility and concern for the integral development and wellbeing of each member of our human family. Hence, “to make possible the development of a world community, capable of realizing the fraternity of peoples and nations, the best policy is necessary, placed at the service of the true common good” (Encyclical Fratelli Tutti, 154). If we want to heal our world, so scourged by rivalries and forms of violence, which arise from the desire to dominate instead of serving, we not only need responsible citizens but also capable leaders, inspired by a fraternal love directed especially to those that find themselves in the most precarious conditions of life. Taking this into account, I encourage you to continue making the effort, at the national and international level, to adopt policies and laws that try to address, with a spirit of solidarity, the numerous situations of inequality and injustice that threaten the social fabric and the intrinsic dignity of all people.

Finally, the effort to build our common future requires the constant quest for peace. Peace isn’t simply the absence of war. On the contrary, the path to a lasting peace requires cooperation, especially on the part of those that have greater responsibility, to pursue objectives that benefit all. Peace stems from a lasting commitment to mutual dialogue, a patient search of the truth and the will to put the genuine good of the community before personal benefit. In this perspective, your work as legislators and political leaders is more important than ever. Because true peace can only be attained when we make an effort, through political and legislative processes with a vision of the future, to build a social order based on universal fraternity and justice for all. 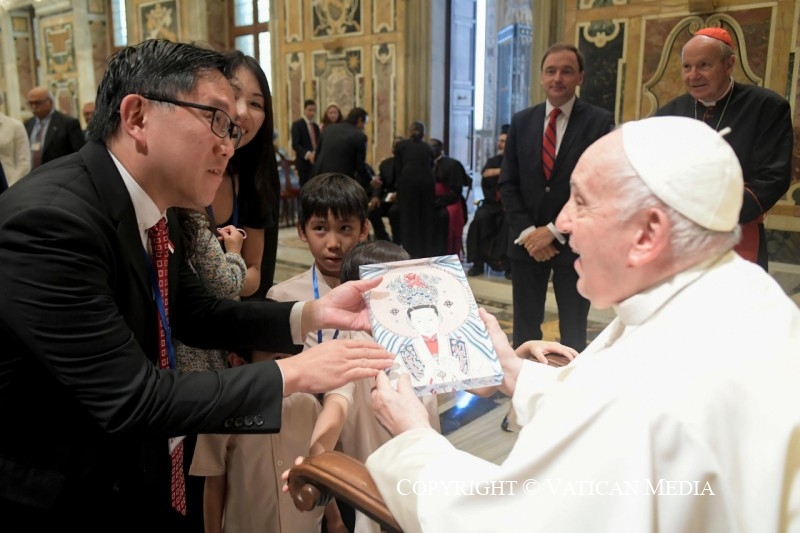 Dear friends, may the Lord help you to become leaven for the renewal of civil and political life, witnesses of “political love” (cf. Ibid., 180ff.) towards the neediest. I hope that your commitment to justice and peace, fuelled by a spirit of fraternal solidarity, will continue to guide you in the noble endeavour to contribute to the coming of the Kingdom of God in the world.

I bless you, your families and your work. And I ask you, please, to pray for me. Thank you.