(ZENIT News / San Giovanni Rotondo, 23.09.2022).- “May art open doors, touch hearts and help to move forward,” said Pope Francis at the beginning of September in a private meeting with artists participating in the “Primer Vitae Summit” at the Vatican.

On the feast day of Saint Pio of Pietrelcina, better known as Padre Pio, these words of the Supreme Pontiff take on a special meaning: as of yesterday, three bronze sculptures depicting the Capuchin friar, famous for his miraculous gifts and for the stigmata on his hands, feet and side, will be placed in the shrine of St. Pio in San Giovanni Rotondo, Italy. The works of artist Timothy Schmalz were donated to the Padre Pio Foundation of America and the Shrine of St. Pio.

Timothy is a Canadian renowned artist in the religious sculptures field -famous works include Homeless Jesus and Angels Unawares. His pieces have been installed all around the world in churches, shrines and multiple religious sites, thanks to donations from several benefactors and sponsors.

This is a great year for devotions to the Capuchin friar, with his recent film just released: Padre Pio, starring Shia LaBeouf, premiered on 2 September 2022 in competition in the Giornate Degli Autori section of the 2022 Venice International Film Festival, where it received a four-minute ovation. 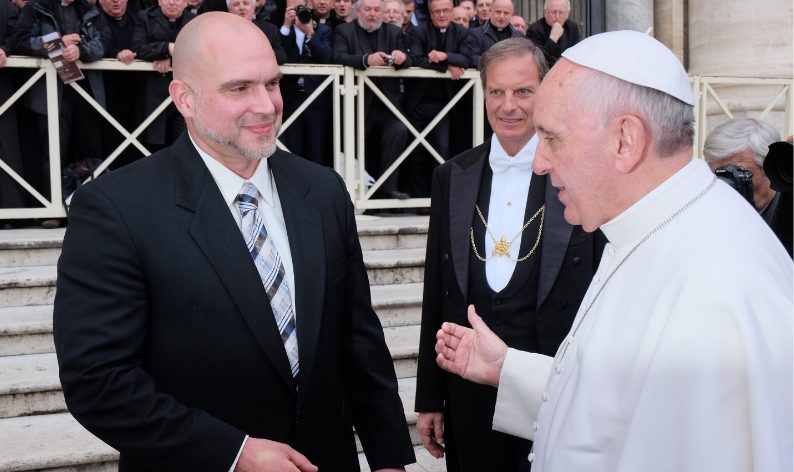 Cardinal O’Malley: Blessing of the Sculptures and Mass
The American Cardinal Seán Patrick O’Malley, Archbishop of Boston (US), presided today the Mass for the feast day of Padre Pio in the presence of the authorities of the sanctuary, friars, priests and faithful who came to gather in prayer. The Mass took place in the church of St. Pio of Pietrelcina, where the sculptures were blessed at the end.

In his homily, Cardinal O’Malley, also a Capuchin friar like Padre Pio, elaborated about the saint’s feast day: “Padre Pio carried the burden of the stigmata for five decades, this and so many other physical sufferings were borne with love and patience. In a world where pain is seen as the greatest evil, Padre Pio shows us the power of the cross. When the cross is born with love and in union with Jesus it is life-giving and leads to resurrection.”

Meanwhile yesterday, Msgr. Franco Moscone, Archbishop of Manfredonia-Vieste-San Giovanni Rotondo, blessed one of the sculptures in the Sanctuary of St. Michael the Archangel, Monte Sant’Angelo.

“Everything Padre Pio did was a miracle”. 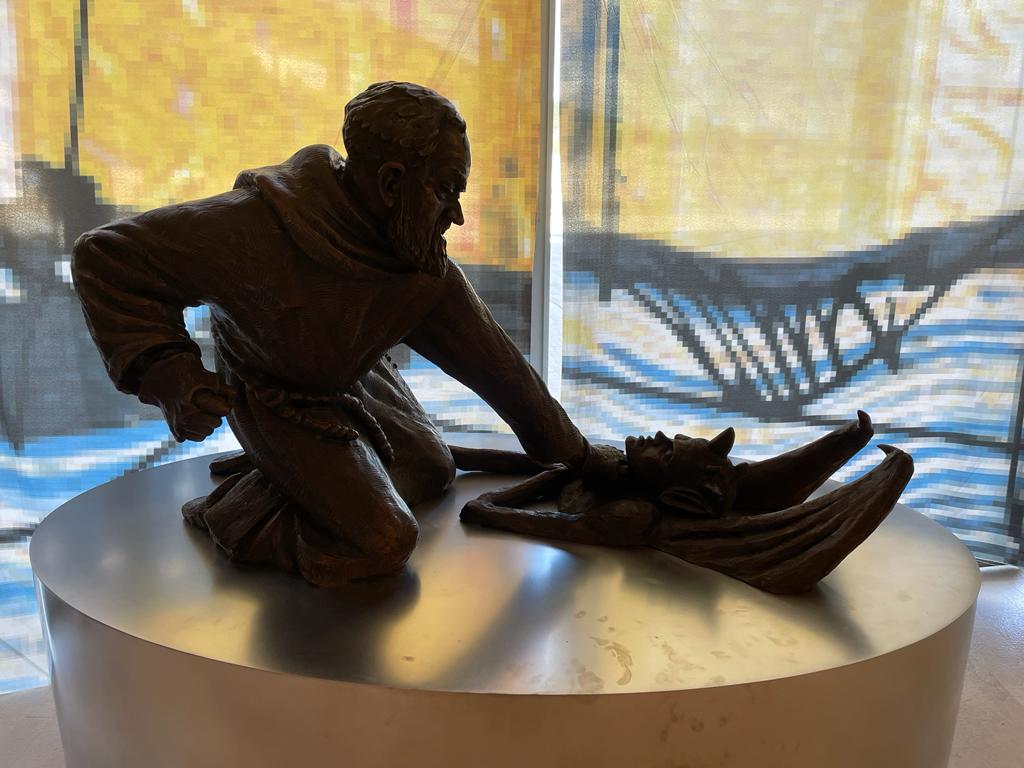 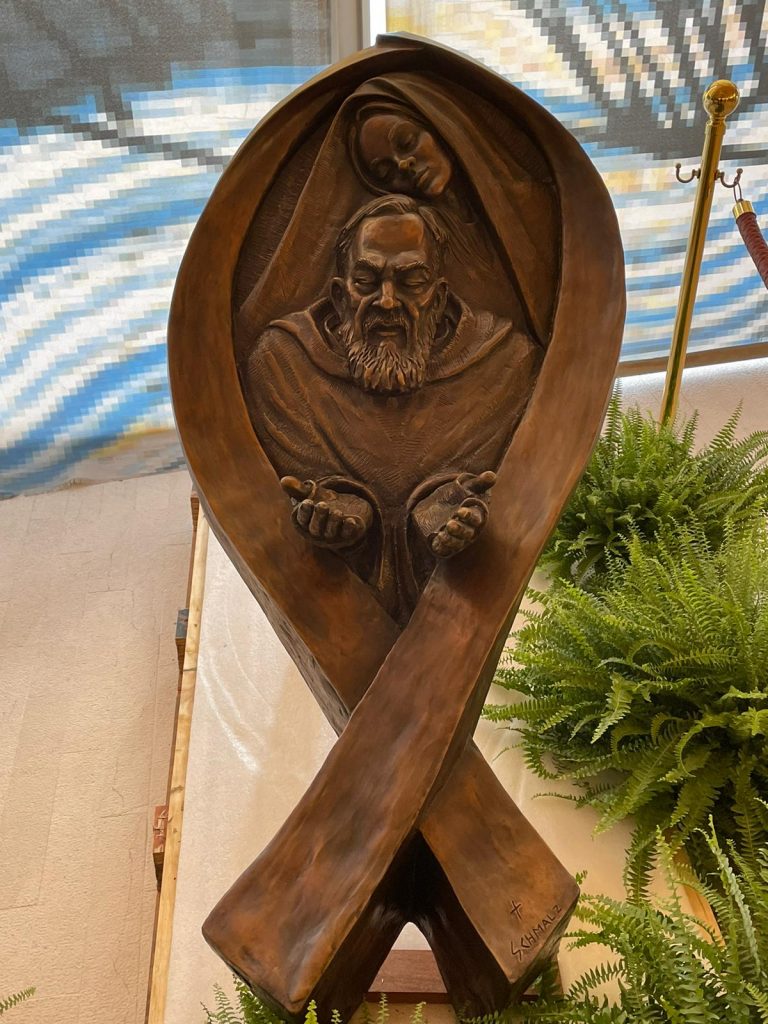 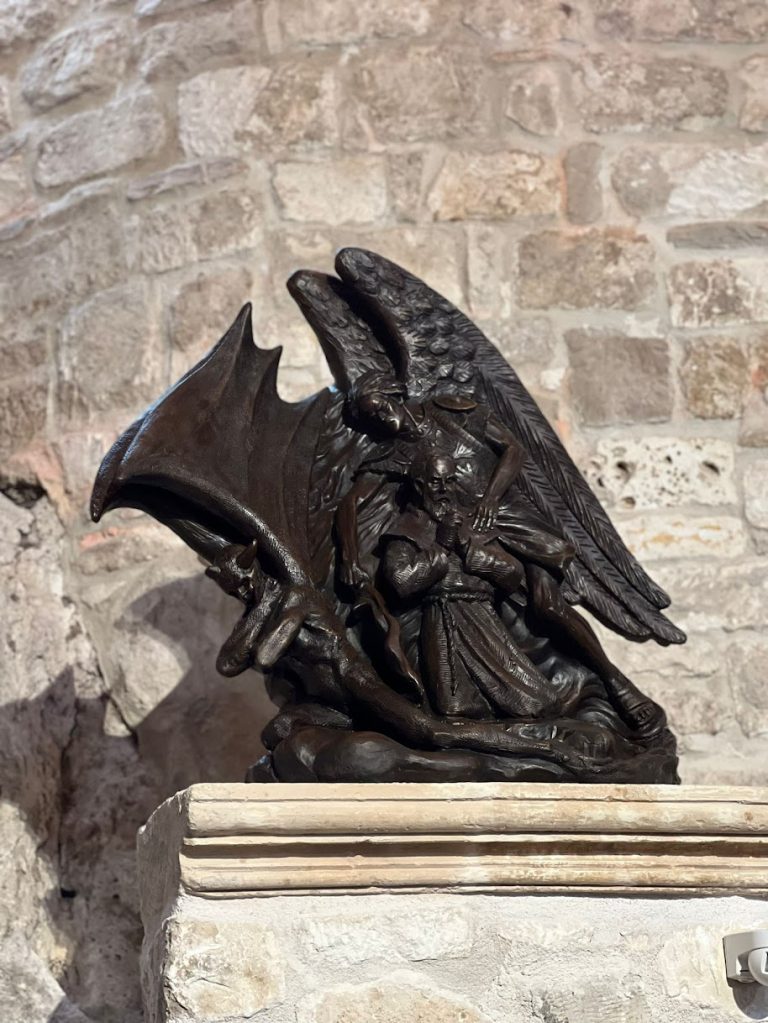 Commenting on his most recent work, sculptor Timothy Schmalz said: “Padre Pio has brought peace and confort to thousands and thousands of people, myself included, for so many years now. And this I consider a miracle, as it is something he continues to gift every day. This was of course inspiring. And also, watching Padre Pio fighting a devil is a way of showing to all those with their own daily struggles that, with the intercession of the saints, victory is possible.”