(ZENIT News / Vatican City, 11.02.2022).- November has arrived, and with it a new Pope Video that shares the prayer intention that the pontiff is entrusting to the entire Catholic Church through the Pope’s Worldwide Prayer Network. This month, Francis’ words focus on the smallest among us, children who are forgotten, who daily suffer rejection, indigence, poverty, and every kind of conflict, without a real chance for growth and development and without access to basic rights. These are “conditions very similar to slavery,” the Pope laments, referring to the millions of children who suffer these conditions, due to a “system that we adults have built.”

The message of The Pope Video cries out for the fundamental rights of children and asks us to pray that they may have access to basic services and the warmth and love of a family: “We can no longer allow them to feel alone and abandoned —they are entitled to an education and to feel the love of a family so they know that God does not forget them”. 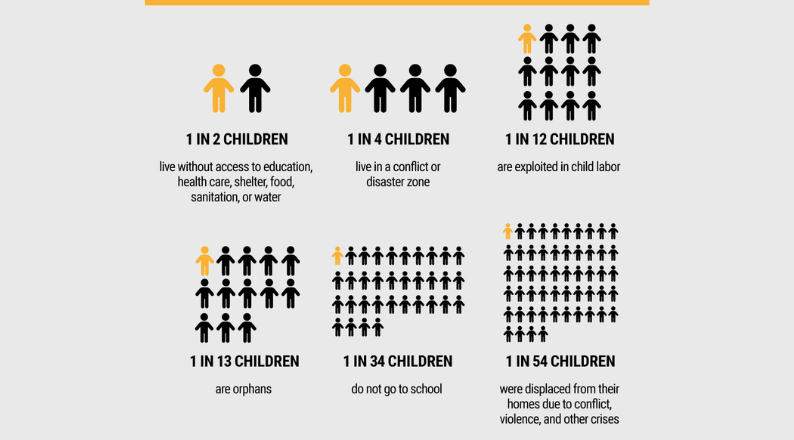 They aren’t numbers; they are human beings

To put this month’s message in context, all we have to do is look at some global reference points. UNICEF emphasizes that 1 billion children live in multidimensional poverty (without access to education, health care, shelter, food, sanitation, or water) and estimates that 153 million children are orphans.

The Office of the High Commissioner for Human Rights of the UN said in a recent letter that, “at the end of last year, more than 450 million children – or one in six – were living in a conflict zone, the highest number in 20 years. A record 36.5 million children were displaced from their homes as a result of conflict, violence and other crises.”

Pope Francis emphasizes that “they aren’t numbers: they are human beings with names, with a face of their own, with an identity that God has given them,” and as such, we adults cannot close our eyes to their plight. For the Holy Father, “an abandoned child is our fault,” and we cannot allow them to feel alone. 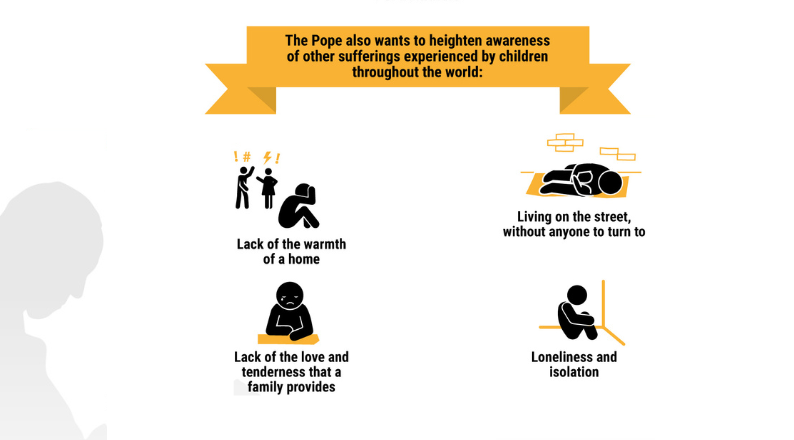 The right to study and to dream, and to experience the warmth of a family

Fr. Frédéric Fornos, S.J., International Director of the Pope’s Worldwide Prayer Network, commented about this intention: “In the face of all the suffering children throughout the world whose childhood, games, and dreams have been stolen from them, what can we do? In the midst of so many unforeseen crises, such as our common home being on fire, COVID-19, the war and its escalation, and the economic crisis, how many invisible pandemics are there? This month, Francis opens our eyes, ears, and hearts to millions of forgotten children who suffer in silence on the streets and in hidden labor, victims of violence and war, migrants and refugees. In the face of indifference and impotence, we must pray. ‘When we pray, we light a candle in the night, Francis said during the celebration of the Holy Mass on November 29, 2020. Praying makes us leave behind our indifference; prayer becomes action. Let us listen: ‘Each marginalized child, abandoned by his or her family, without schooling, without healthcare, is a cry! A cry that rises up to God and shames the system that we adults have built.”

The Pope Video is possible thanks to the generous contributions of many people. You can donate by following this link.