On arriving at the Stadium, after changing cars to tour in the popemobile among the faithful, at 8 :30 am he presided over the Eucharistic Celebration for Peace and Justice. Some 30,000 faithful attended the Mass.

At the end of the Mass, and after the greeting of the Apostolic Administrator of the Vicariate of Northern Arabia, Monsignor Paul Hinder, O.F.M., Titular Bishop of Macon and the final Blessing, the Holy Father returned by car to the Papal Residence. 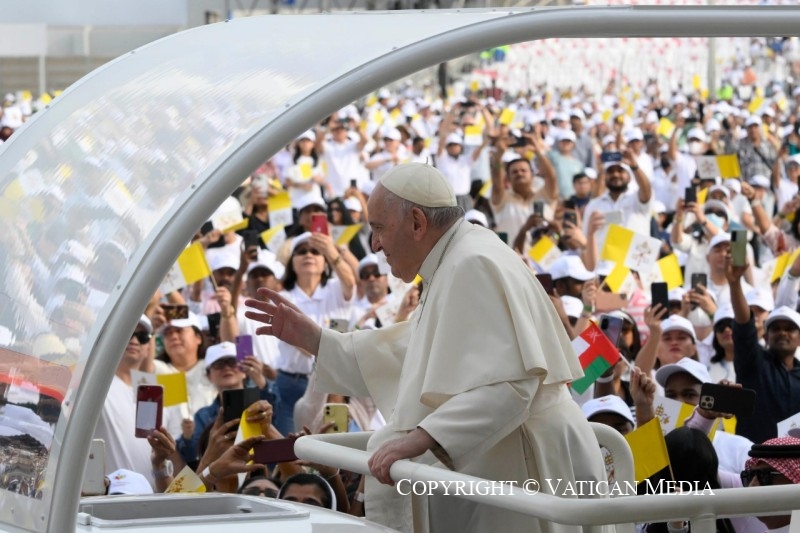 Pope Francis was visited in his Residence in the afternoon by the King of Bahrain, His Majesty Hamad bin Isa bin Salman Al Khalifa. During their meeting, the Pope had the opportunity to thank him for the country’s warm hospitality.

After the royal visit, the Holy Father left the Papal Residence and went to the Sacred Heart School, where at 5 :00 pm local time he met with young people.

On his arrival, he was received at the School’s entrance by the Directress, Sister Roselyn Thomas , A.C., two teachers and some students who offered him flowers. Then he went to the School’s gymnasium, where he met with some 800 young people. After an entrance song, welcome words from the School’s Directress and the performance of a traditional dance, a Muslim student and a Catholic gave their testimony. Then, after a song and the testimony of a young woman of the Sacred Heart parish, the Pontiff gave his address.

Then, after the reading of messages for peace, the praying of the Our Father, the Blessing and final song, the Holy Father signed the Book of Honour, and, taking his leave, he returned by car to the Papal Residence. 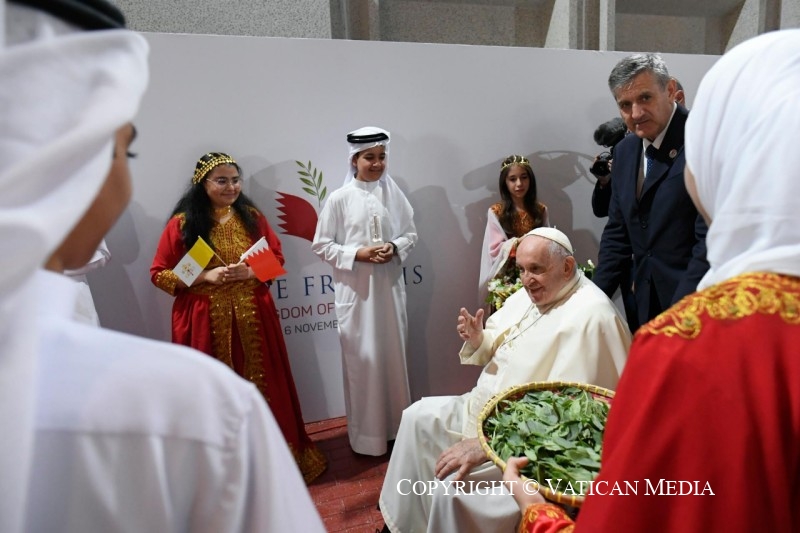