(ZENIT News / Green Bat, Wisconsin, 23.11.2022).- The Pope’s watch will be sold at auction for the benefit of the Brian LaViolette American Scholarship Charity Foundation. The Foundation grants scholarships for University students from the auction of watches donated by prominent personalities.

The Foundation’s origin goes back to the deadly accident of Brian LaViolette in 1992, when  Brain was only 15 years old. He loved watches and one of his last ones was the same brand as the Pope’s – a Swatch of the ‘90s. Since then, and to honour his memory, his family holds auctions of watches of famous donors. The proceeds go to scholarships. 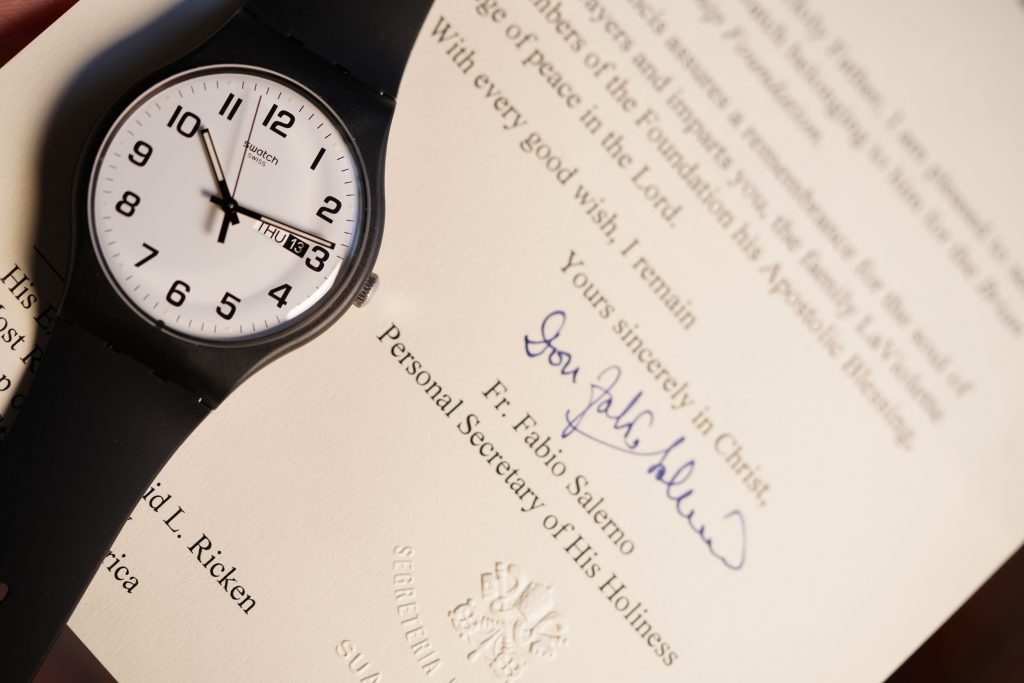 The watch the Pope donated was obtained thanks to Austin Rios, a childhood friend of Brian. Rios was an Episcopalian Minister of Worship in Rome where he met Pope Francis who, after hearing Brian’s story, donated his watch (which was also a pat of encouragement for the American Philanthropic Foundation).

The Pope’s private Secretary sent the watch to the Catholic Bishop of Green Bay, Wisconsin, for him to give it to the Foundation.

We Christians are called to break the cycle of violence, to dismantle the machinations of hatred to be a conscience of peace in our world: witnesses of love, fraternity and forgiveness, missionaries of the love God has for each human being. https://www.vatican.va/content/francesco/en/homilies/2023/documents/20230201-omelia-repdem-congo.html