(ZENIT News / Vatican City, 01.01.2023).- Benedict XVI’s last words on his deathbed were “My Jesus, I love You,” confirmed the Editorial Director of the Vatican’s media. He said them in Italian and died a few hours later. The one who heard his words was the nurse looking after the Pope Emeritus at dawn on December 31. She shared them with Monsignor Georg Gänswein, who said: “I wasn’t there at that moment, but the nurse told me shortly after. Those were his last words, comprehensible, because after that he was unable to express himself.”

In addition to the four consecrated women that took care of him (Rosella, Cristina, Loredana and Carmela), two doctors were there, two male nurses, his German secretary (Sister Birgit Wansing) and his private secretary, Archbishop Georg Gänswein. It was the latter who personally called Pope Francis to tell him that Benedict XVI had died. We learned that, a few minutes later, Pope Francis went to the Mater Ecclesiae Monastery to pray in situ for the deceased Pope Emeritus’ soul. Only three days earlier, Pope Francis had visited Benedict XVI who was already seriously ill. 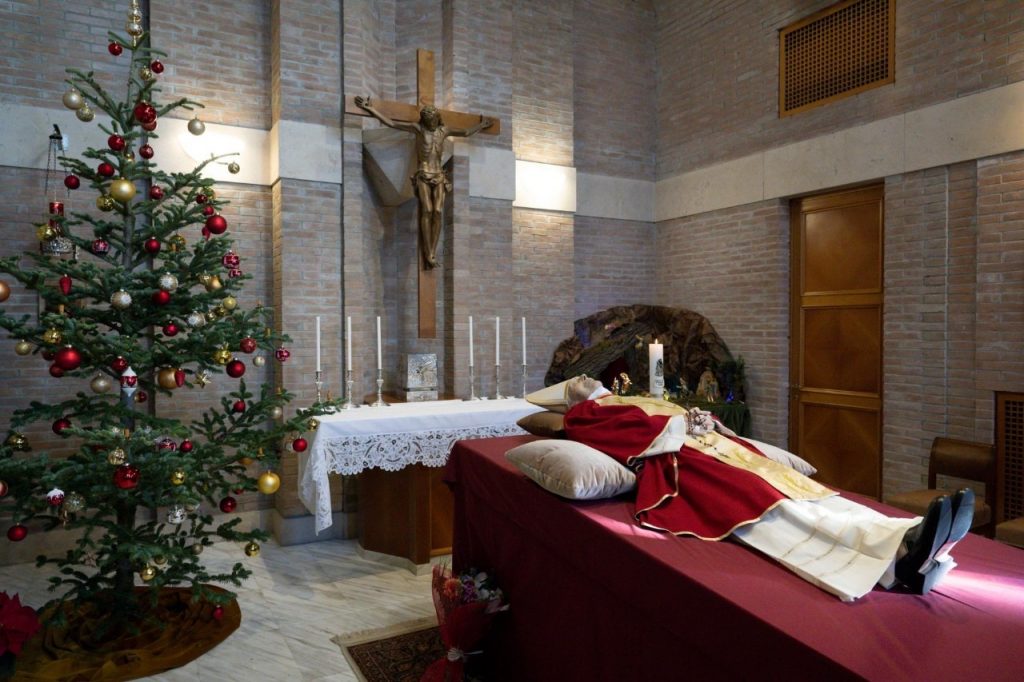 First Photos of the Pope Emeritus and Funeral (Not So Private)

As the Holy See Press Office announced during the briefing to the accredited media on Saturday, December 31, there was a private wake for Benedict XVI ‘s mortal remains in the Mater Ecclesiae Monastery. The fact that he was not an acting Head of State explains the reason why the wake was not held in the Clementine Hall, with special access to Diplomats and Cardinals. However, throughout the day several people went, by invitation, to the Mater Ecclesiae Monastery. They waited outside for a while and then entered the interior Chapel, by groups, for a few minutes. 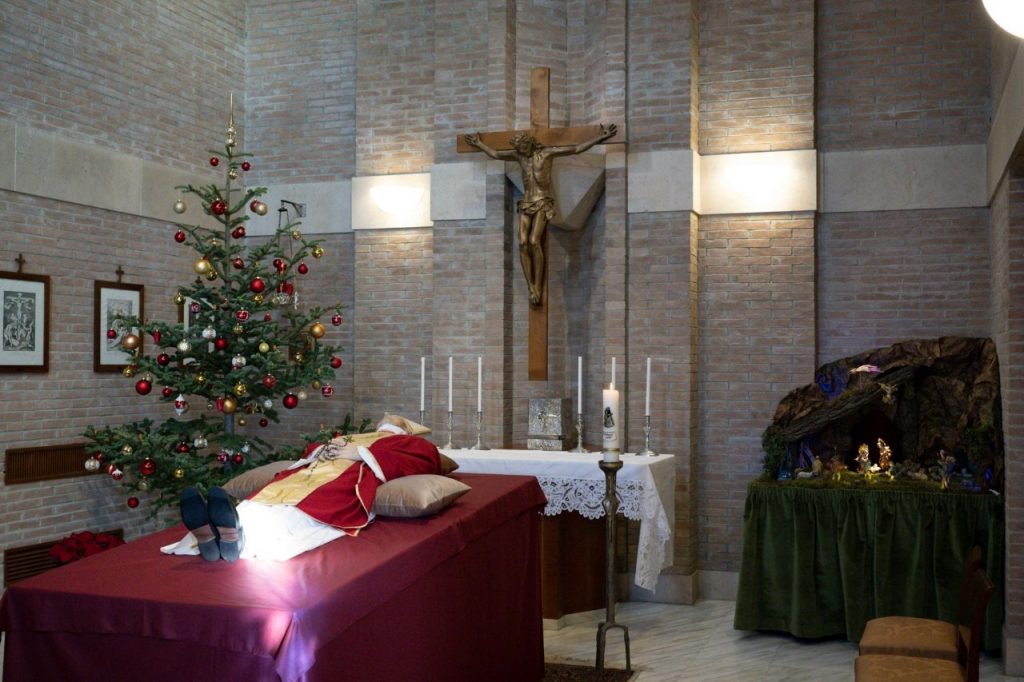 The Holy See Press Office has distributed some photographs. At dawn on January 2, the body was taken to the Vatican Basilica for public homage. It won’t be necessary to queue. Access will be possible from 9:00 am to 7:00 pm on Tuesday the 2nd and Wednesday the 3rd.