(ZENIT News / Rome, 02.01.2023).- A Pope’s death poses questions that are formulated until he is missing. It’s Benedict XVI’s case. One of the questions is to whom should condolences be offered?

The exceptional event that, the Pope Emeritus having died, Pope Francis continues in office,  stresses the need for a double type of condolences: those offered by political and religious authorities, and those that — inside the Church –, are offered by ecclesiastic representatives or lay leaders of Movements, Associations or Catholic Foundations.

International political and religious leaders offer condolences to Pope Francis. We have seen how they have done so through statements and press releases that, it’s understood, have been sent first to Pope Francis and then shared on the social networks. 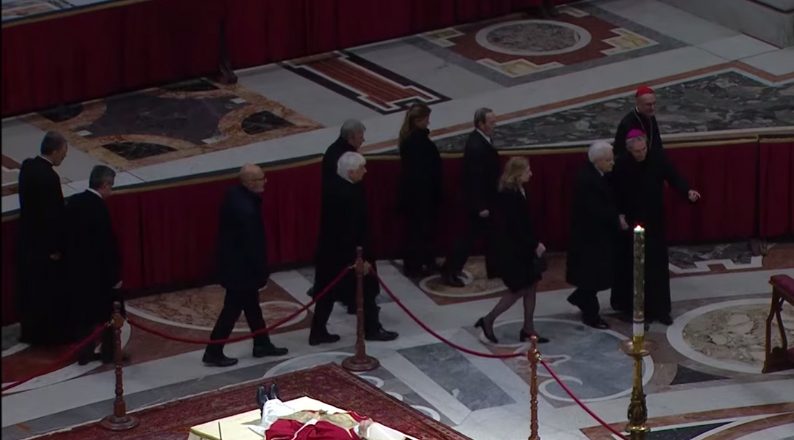 What is the Pontifical Family?

Within the nucleus of the “Papal Household,” the “Papal Family” is the  Pontiff’s more intimate environment. It’s divided in two: the ecclesiastical part and the lay part. In brief, we can say that the “Papal Family” embraces the Pope’s domestic care (meals, rooms, clothes, etc.) and accompaniment in civil and religious public ceremonies in which the Holy Father takes part, as well as the organization of his agenda and participation in events and audiences.

The ecclesiastical part of the “Papal Family” includes the Substitute for General Affairs of the Secretariat of State, the Secretary for Relations with States, the Pope’s Almoner; the President of the Pontifical Ecclesiastical Academy, the Papal Household’s Theologian, papal ceremonies, His Holiness’ chaplains, the Papal Household preacher, the Pope’s personal secretary and the supernumerary apostolic prothonotaries.

Given the number of individuals to organize, the Pope appoints a Prefect of the Papal Household, who is helped by a Regent. 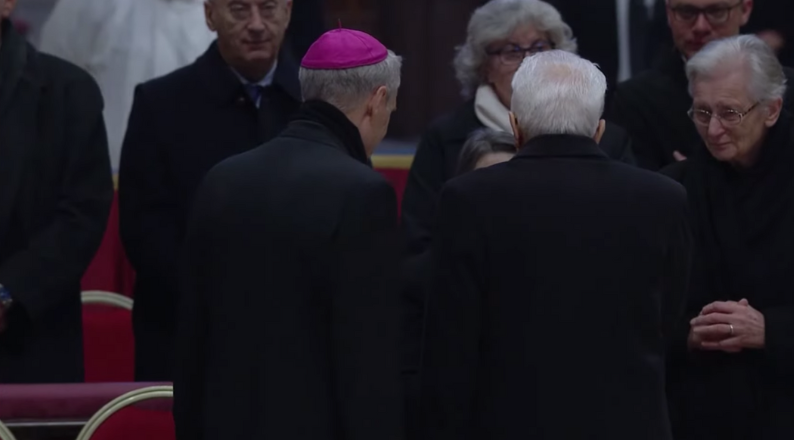 As Benedict XVI was no longer an acting Pope, the “Papal Family” was considerably reduced to seven people: the four consecrated virgins: Rosella, Cristina, Loredana and Carmela; Sister Birgit Wansing, his personal secretary; and Archbishop Georg Gänswein, his private secretary, whom Pope Francis has also appointed Prefect of the Papal Household. Monsignor Georg Ratzinger, the Pope Emeritus’ brother, was also part of the Family until his death in 2020.

This was the reason why, on the morning of January 2, it was Monsignor Gänswein who received the condolences of those who went personally to Saint Peter’s Basilica, where Pope  Benedict XVI was lying in state.