(ZENIT News Rome, 06.01.2023).- According to the Vatican Gendarmerie, some 60,000 people gathered in Saint Peter’s Square to hear the Holy Father and to recite the Marian prayer of the Angelus.

Here is the Pontiff’ address this past Friday.

Today, the Solemnity of the Epiphany, the Gospel speaks to us about the Magi who, arriving in Bethlehem, open their treasures and offer gold, incense and myrrh to Jesus (cf. Matthew 2:11). These wise men from the East are famous because of the gifts they offered. Considering their story, however, we could say that, above all, they receive three gifts. They received three gifts, three precious gifts that regard us as well. They give gold, incense and myrrh, but what are the three gifts they received? 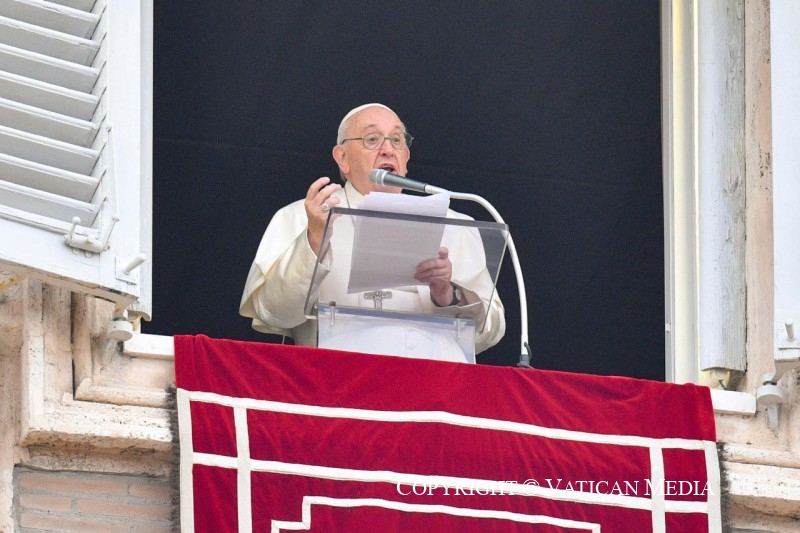 1st The Gift of the Call

The first gift is the gift of the call. The Magi were not alerted because they had read the Scriptures or because they had seen a vision of angels, but they sensed it while they were studying the stars. This tells us something important — God calls us through our aspirations and our greatest desires. The Magi allowed themselves to be amazed and discomfited by the novelty of the star and they set out on a journey toward the unknown. Wise and educated, they were fascinated more by what they did not know than by what they already knew. They were open to what they did not know. They felt called to go beyond. They did not feel happy remaining there. No, they were called to go beyond. This is important for us as well — we are called not to be satisfied, to seek the Lord by stepping out of our comfort zone, journeying toward Him with others, immersing ourselves in reality. For God calls every day, here and now. God calls us, each one of us, every day. He calls us here and He calls us now. He calls us in our world.

2nd The Gift of Discernment

But the Magi speak to us about a second gift: discernment. Seeing they are looking for a king, they go to Jerusalem to speak with King Herod, who, however, is a man hungry for power and wants to use them to eliminate the baby Messiah. But the Magi are not stupid, they do not allow themselves to be taken in by Herod. They know how to distinguish between the goal of their journey and the temptations they find on the way. They could have remained there in Herod’s court, serene. No, they move ahead. They leave Herod’s palace and, attentive to the sign from God, do not pass that way again, but return by another route (cf. v. 12). Brothers and sisters, how important it is to know how to distinguish life’s goal from the temptations along the way! Our goal in life is one thing, the temptations on the way are another. To know how to renounce what seduces, but leads down the wrong road, to understand and to choose God’s ways! Discernment is a great gift and we should never tire of asking for it in prayer. Let us ask for this grace! Lord, grant us the ability to discern what is good from what is evil, what is better from what is not better. 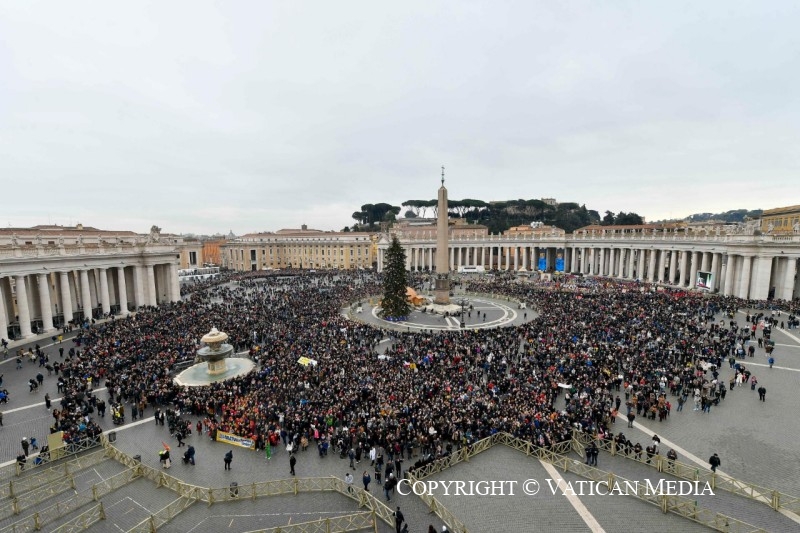 3rd The Gift of Surprise

Finally, the Magi speak to us about a third gift: the surprise. After a long journey, what do these high-ranking men in society find? A Baby with his Mother (cf. v. 11) – certainly, a tender scene, but not astonishing! They do not see Angels like the shepherds did, but they meet God in poverty. Perhaps they were expecting a powerful and prodigious Messiah — and they find a Baby. And still, they do not think they made a mistake, they know how to recognize Him. They welcome God’s surprise and experience their encounter with Him with amazement, adoring Him — in His littleness, they recognize God’s face. Humanly, we are all inclined to seek greatness, but it is a gift to know how to truly find it — to know how to find greatness in the littleness that God loves. For the Lord is encountered like this: in humility, in silence, in adoration, in the smallest and in the poor.

Brothers and sisters, we are all called — the first gift, the call — we are all called by Jesus, we can all discern — the second gift, discernment — discern His presence, we can all experience His surprises — the third gift, the surprise. Today, it would be beautiful to remember these gifts: the call, discernment and the surprise, these gifts that we have already received — to think back to when we sensed God’s call in our life; or even when, perhaps after quite a struggle, we succeeded in discerning His voice; or even still, of an unforgettable surprise He gave us, astounding us. May Our Lady help us remember and treasure the gifts received.