(ZENIT News – Porta d´Oriente di Asia News / Milan, 01.17.2023).- After only a few weeks in office, Israel’s new government led by Prime Minister Benjamin Netanyahu has laid out its new priorities. One of them involves plans by Justice Minister Yariv Levin to undertake a major overhaul to the country’s justice system.

For its defenders, it is just a “reform”; for its detractors, it is tantamount to a “regime change” or a “coup”, turning Israel into a nation “without an independent judiciary” with a government free to act “arbitrarily”.

Leading the charge against the changes are former judges, lawyers, and magistrates, plus many civil society groups. A first salvo came last week with a protest rally that brought together at least 80,000 people from different parts of the country.

“My parents immigrated from non-democratic regimes to live in a democracy,” one woman, a second-generation Holocaust survivor, told the BBC. “They came from the totalitarian regime to live freely. So seeing that destroyed is heartbreaking.”

Like others, she expected Mr Netanyahu to try radical changes, but never thought he would go so fast.

The proposed reform has elicited many labels. For Aharon Barak, an influential former Supreme Court Chief Justice, a man not prone to overemotional remarks, the bill is “the beginning of the end of the Third Temple”.

Such prophecy-laden words suggest nothing less than the extinction of Israel as seen by its own citizens, namely the only democracy in the Middle East; in its stead, it would become an “authoritarian democracy”.

This, at least, is the best-case scenario according to former Attorney General Michael Ben-Yair, for whom it could end up even worst, in a “dictatorship of a casual parliamentary majority”.

In such a nightmare scenario, the independence of the judiciary would end, corruption would grow, minority rights would be dead, and the country could be completely discredited.

To avoid this, opposition parties plan a general mobilisation to “save democracy”.

But what does the reform entail? According to Justice Minister Yariv Levin, a simple majority in the Knesset (the Israeli parliament) will have the power to overturn Supreme Court rulings. This would allow the cabinet to pass laws without fear that they will be overturned by justices.

Politicians would also have greater influence on the appointment of judges and justices, because the majority of the members of the selection committee would be directly appointed by the cabinet.

Moreover, it would be easier to legislate in favour of Jewish settlements and outposts in the West Bank, without any interference from the courts who in past shielded Israel from international criticism against its expansionist policies.

The complex and delicate system of checks and balances between powers would be at risk, including the independence of the judicial branch, which would be weaker than the executive branch.

One change would touch the committee that appoints judges. At present, the governing coalition has three seats on the nine-member body; under the changes, the cabinet would get five seats. 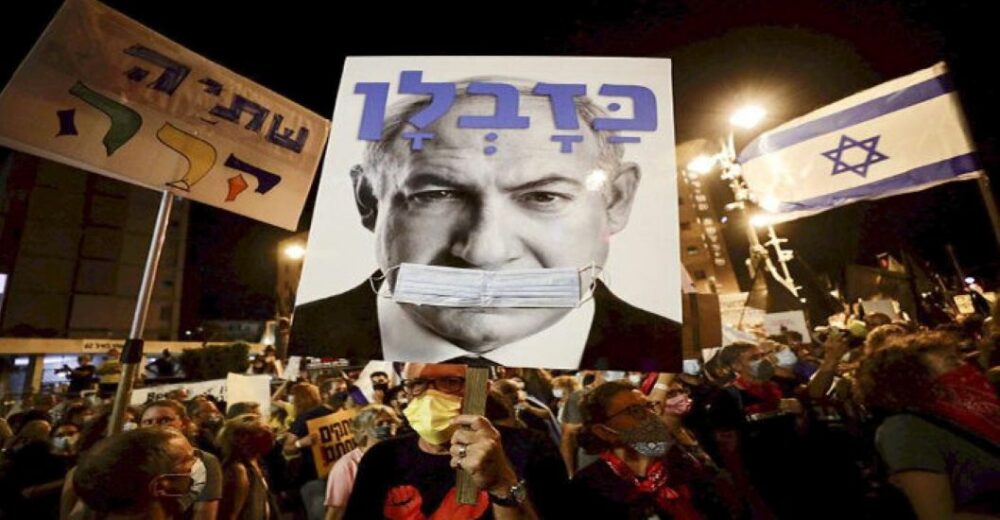 Then there are suspicions that the reform will shield Mr Netanyahu from ongoing inquiries and legal woes involving charges of corruption, fraud and obstruction of justice. Since the first accusations were made, Netanyahu proclaimed his innocence, claiming that he was the victim of a plot.

Under the proposed reform, the Supreme Court would lose power in favour of the Knesset. At present, the court can reject bills approved by parliament if they contradict Israel’s 13 basic  laws, which serve as the country’s constitution, ranging from protecting human dignity to civil rights.

Levin’s reform project includes an override clause that would give lawmakers the right to reintroduce a bill struck down by the Supreme Court with a majority of 61 (out of 120).

Despite criticism from magistrates, lawyers, judges and rights organisations who see the bill as a frontal attack against the judicial system, the government plans to go ahead.

Netanyahu defends the project. “We will complete legislating the reforms in a way that will correct what needs correcting,” Netanyahu said. The bill “will totally protect individual rights and will restore the public’s faith in the justice system that so much requires this reform”.

The issue of citizens’ trust in institutions, from the cabinet to the judiciary, is one of the factors that is polarising Israeli society, and can hardly lead to mediation between the parties.

A recent poll found that a 58 per cent of Israelis believe the Supreme Court should have the power to overturn laws passed by parliament if they conflict with democratic principles.

However, the Israeli Democracy Index, now in its 20th edition, shows that trust in courts plummeted to 42 per cent down from a multi-year average of 59.5 per cent.

The study also found that trust in parliament was just 18.5 per cent. Levels of trust were slightly lower among the country’s Arab minority.

In a country that is increasingly turning to the right, especially among young people, 85 per cent of Israeli Jews trust the army (IDF) against only 8.5 per cent for political parties.

For Naomi Chazan, former deputy speaker of the Knesset and professor emeritus of political science at the Hebrew University of Jerusalem, “All the signs today point to the fact that the new government in Israel is doing everything — consciously and systematically — to equate the common good with what it wants here and now.”

In her view, “The new Netanyahu government believes that it can repeat the mistakes of the past and ignore the experience of other beleaguered regimes. [. . .] This is foolhardy, arrogant, and mistaken.” How this will play out “will determine Israel’s fate.”

The proposed changes exposed the fault lines in Israeli society, a country torn between those who want to preserve liberal and democratic ideals and those moving away from them.

President Isaac Herzog, who normally plays a largely ceremonial and guarantor role, issued a statement saying that he was trying to bridge the gap between the parties by meeting with various political leaders. To this end, he was ready to work to avert “a historic constitutional crisis”.