(ZENIT News – Contando Estrelas / Vigo, 18.01.2023).- Communist totalitarianism and Islamic fundamentalism are yet another year the main causes of persecution of Christians in the world.

It’s a persecution that “has grown exponentially” over the last 30 years. It’s the moment of the Christian NGO Puertas Abiertas [Open Doors], which reports annually on the persecution of Christians in the world. This year’s Report was published on January 18 and offers very alarming  data:

Open Doors has alerted that China’s Communist dictatorship “is forging a global alliance of nations that intend to redefine human rights, alienating them from civil rights and religious liberties. Dissident voices, such as those of Christians, are persecuted as ‘troublemakers’ or even ‘terrorists.’ The Christian NGO points out that “China has taken more drastic measures against Christians, introducing new and radical rules on the use of the Internet by the churches.”

North Korea Reaches “the Highest Levels of Persecution of Its History”

The NGO also states that North Korea’s Communist dictatorship “is again in first place , with the highest levels of persecution of its history. The rise is due to a new wave of arrests in virtue of its recent ‘Law Against Reactionary Thought,’ a vocabulary that is very similar to that used by the Left in the West to instigate hatred against Christians.

The Anti-Christian Genocide that Islamism Is Perpetrating in Nigeria

Open Doors also alerts about the anti-Christian genocide that is being perpetrated in Nigeria. “Murders for religious motives in Nigeria have increased from 4,650 last year to 5,014, an overwhelming 89% of the international total. Hundreds of thousands have been displaced internally or have become refugees. This year the violence has also inundated the South of the country, traditionally Christian.  The NGO states that “the violence is only a part of the equation, with an extreme Islamization that exercises extreme pressure on Christians in their daily life,” all this while the Government of Nigeria, headed by Muslim Muhammadu Buhari, “continues to deny that it is a religious persecution, so that the violation of Christians’ rights is done with impunity.” 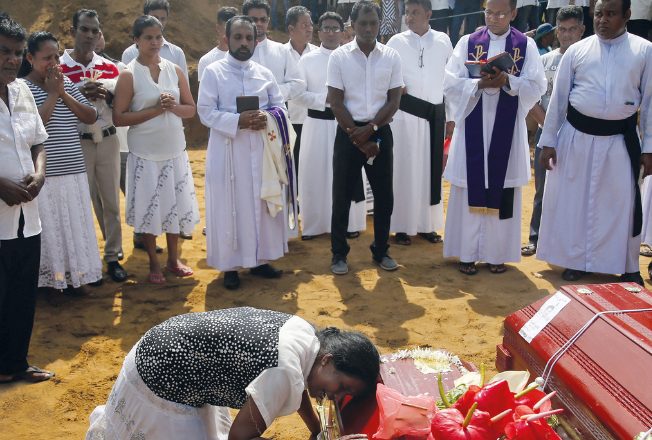 In the list published by Open Doors there are seven Communist dictatorships: North Korea

(first position), Eritrea (fourth), China (16th ), Vietnam (25th), Cuba (27th), Laos (31st) and Nicaragua (50th), which enters strongly on this list of persecution (it did not appear in last year’s list). Taking these seven countries together, they have a population of 1,556<billion> people, which is almost a fifth part of the world’s population. What is most alarming is that one of those countries  — the People’s Republic of China — is a Permanent Member of the United Nations Security Council with the right of veto.

Islam Is the Principal Cause of Persecution in 37 Countries

Likewise, many countries of Muslim majority appear yet another year on the global list of persecution. There are eight among those in which Christians suffer extreme persecution: Somalia (2), Yemen (3), Afghanistan (9), Libya (5), Nigeria (6), Pakistan (7), Iran (8) and Sudan (10).