Hot Topics
Pope’s Eight Ideas on Old Age and the Destiny of Human Life, Expressed during Wednesday’s General Audience
“Pope’s Visit to Ukraine Continues in Negotiation,” Says Ukraine’s Ambassador to the Holy See. Bucha on the Agenda
The “Eventful” Audience of the Pope: A Swiss Guard Fainted in Front of Him and a Child Interrupted His Catechesis
UN General Assembly Poised to Declare Abortion a Human Right
England: Boris Jhonson’s successor must address FORB abuses
Christianophobia in Canada: Hate Crimes Skyrocket by 260%
Order of Malta: Letter to the Pope about the Order’s Reform of Those Who Constitute 90% of the Workforce
German Catholics Question the Leader of Their Episcopate and Receive a “Meaningless Answer”
Russia, China and Nuclear Arms: Interview with the Vatican Secretary of State
Chinese Communist Regime To Put on Trial Cardinal Emeritus of Hong Kong

This is the first ordination produced by the vocation campaign started by the diocese 11 years ago in a very coordinated effort to recruit an adequate number of candidates to the priesthood to run the seven parishes scattered around Choiseul Island as well as in the territory’s western province.
Four of the seven parishes are still run by the Dominicans, who recruited a good number of priests in the region about 40 years ago, when the diocese was first established, in 1978, almost at the same time as when the Solomon Islands obtained independence from the United Kingdom. 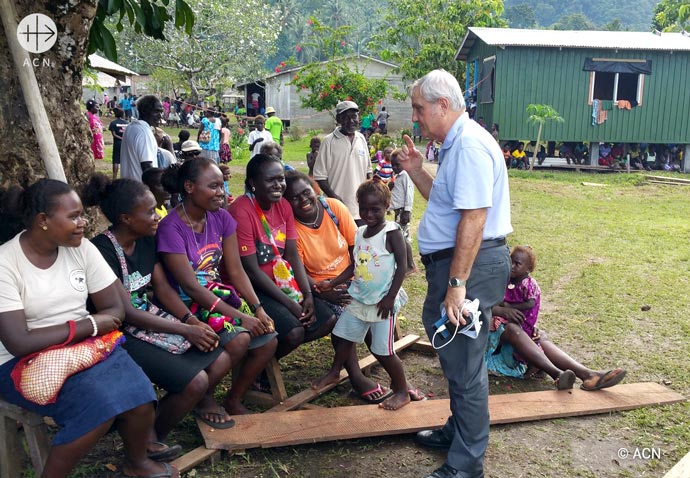 After 11 years of effort: new local priest ordained in the Solomon Islands

The remaining three parishes are run by foreign missionaries. The very isolated Gizo Diocese had until now only two diocesan priests and 12 priests on loan. The ordination of Father Thomas and the fact that three more diocesan candidates from Waghina, Sirovanga, and the Shortland are close to ordination represent a major step for the diocese toward having its own local clergy.
Voru Voru was already proud of contributing to the Church a second priest: Father Kobakina, who joined the Dominicans; and now there is a diocesan priest, Father Patavolomo.
An expression of high expectations and big plans, a celebration and speeches by government officials and representatives of other Churches marked the occasion of Father Patavolomo’s ordination. Already some years ago, the 12 tribal chiefs of the Voru Voru region formally agreed to give a portion of their land to the Catholic Church where a pastoral center will be built.
The ordaining ordinary, Bishop Luciano Capelli, has underlined the role of the priest in today’s society as being at the service of the people by uniting them, forming them, and encouraging them to dream big—while also challenging them to do their part for the mission of the Church: a mission to serve the people.
Aid to the Church in Need (ACN) has supported the formation of Father Thomas and the other seminarians in the diocese. ACN also supports priests in the diocese of Gizo with Mass stipends.

After 11 years of effort: new local priest ordained in the Solomon Islands