(ZENIT News / Vatican City, 31.05.2022).- Shortly before 11 o’clock on Tuesday morning, May 31, the body of Cardinal Angelo Sodano, who was the Holy See’s Secretary of State from 1991 to 2006, arrived in the Vatican Basilica for the funeral Mass, which was presided over by Cardinal Giovanni Battista Re, Dean of the College of Cardinals, a position that Cardinal Sodano held from 2005 to 2019.

Among the concelebrants were 36 Cardinals and some forty Archbishops and Bishops, among them Cardinal Tarcisio Bertone, who succeeded Cardinal Sodano as Secretary of State. They all wore a red chasuble and episcopal mitres. Pier Ferdinando Casini represented the Italian political realm. Representing the ecclesiastical realm, among others, was the Director General of the Legionaries of Christ, whose Religious served as acolytes in the mournful ceremony. 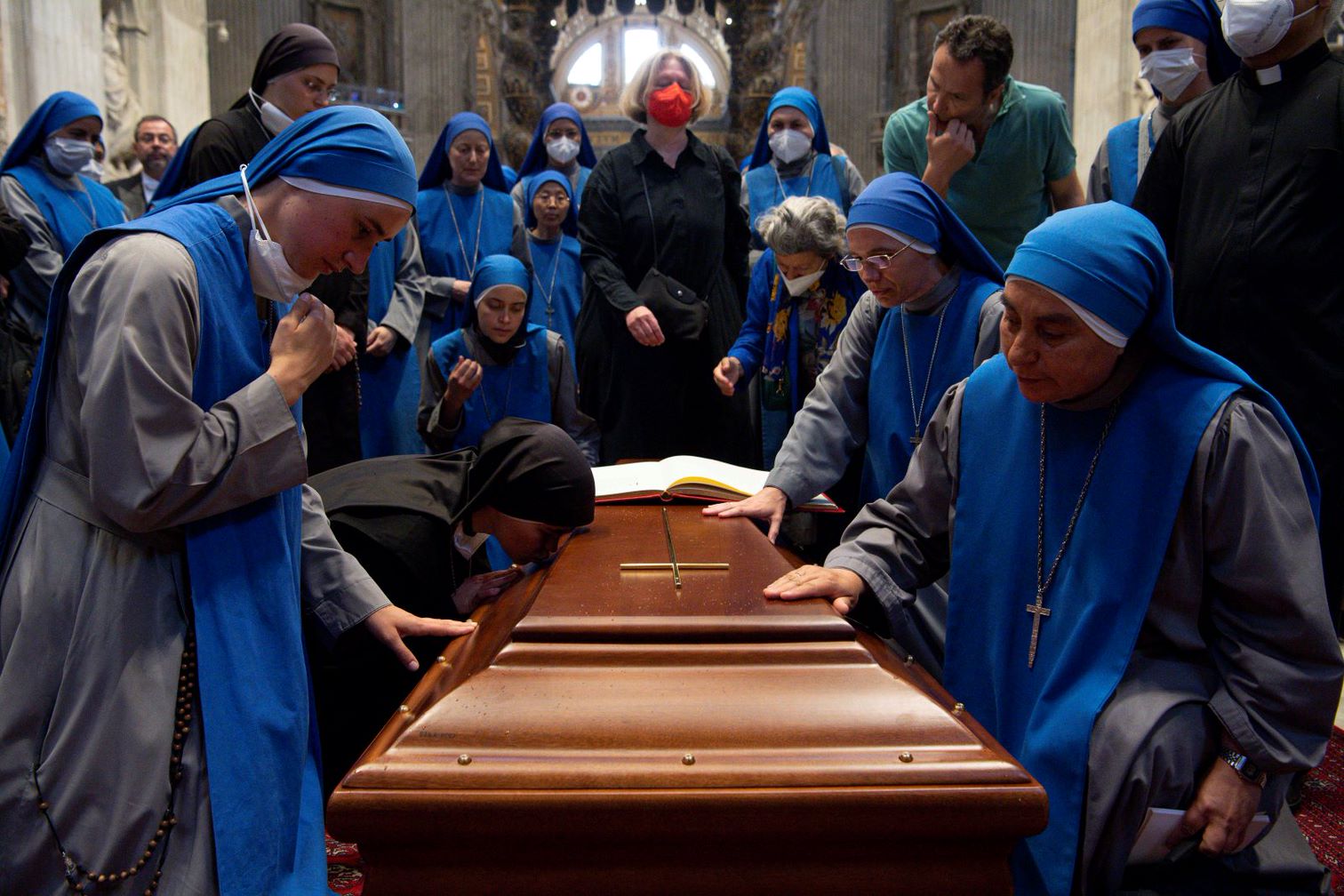 In his homily, Cardinal Re praised Cardinal Sodano’s 71 years of priesthood, 60 of which were at the service of the Holy See:

“In the close to 16 years during which he was the Pope’s first collaborator, he worked for peace with competence and dedication,” although “moments weren’t lacking of special commitment due to the complexity of the geopolitical situations,” adding that “in 1961 he entered the Holy See’s service, initially in Latin America, in the Apostolic Nunciatures of Ecuador, Uruguay and Chile. Although it was an interesting experience for him, it was demanding, as it was during the years of Vatican Council II and the first post-conciliar period.”

In regard to his period as Nuncio in Chile, Cardinal Re said:

“One of his first tasks was to cooperate in the mediation initiative that Pope John Paul II entrusted to Cardinal Antonio Samoré, with whom Monsignor Sodano collaborated with great determination. Those were difficult years for Chile, given the dictatorship of General Pinochet.”

Cardinal Re also recalled the 16 years in which Sodano was the Pope’s first collaborator, working for peace “with competence and dedication. There were moments that called for a special commitment, given the complexity of the geopolitical situations. Suffice it to think of the end of the Cold War, the conflict in the Persian Gulf, the war in Iraq, the conflicts in the Balkans, the tragedy on September 11, 2001 in New York and the subsequent growth of terrorism in the world.” 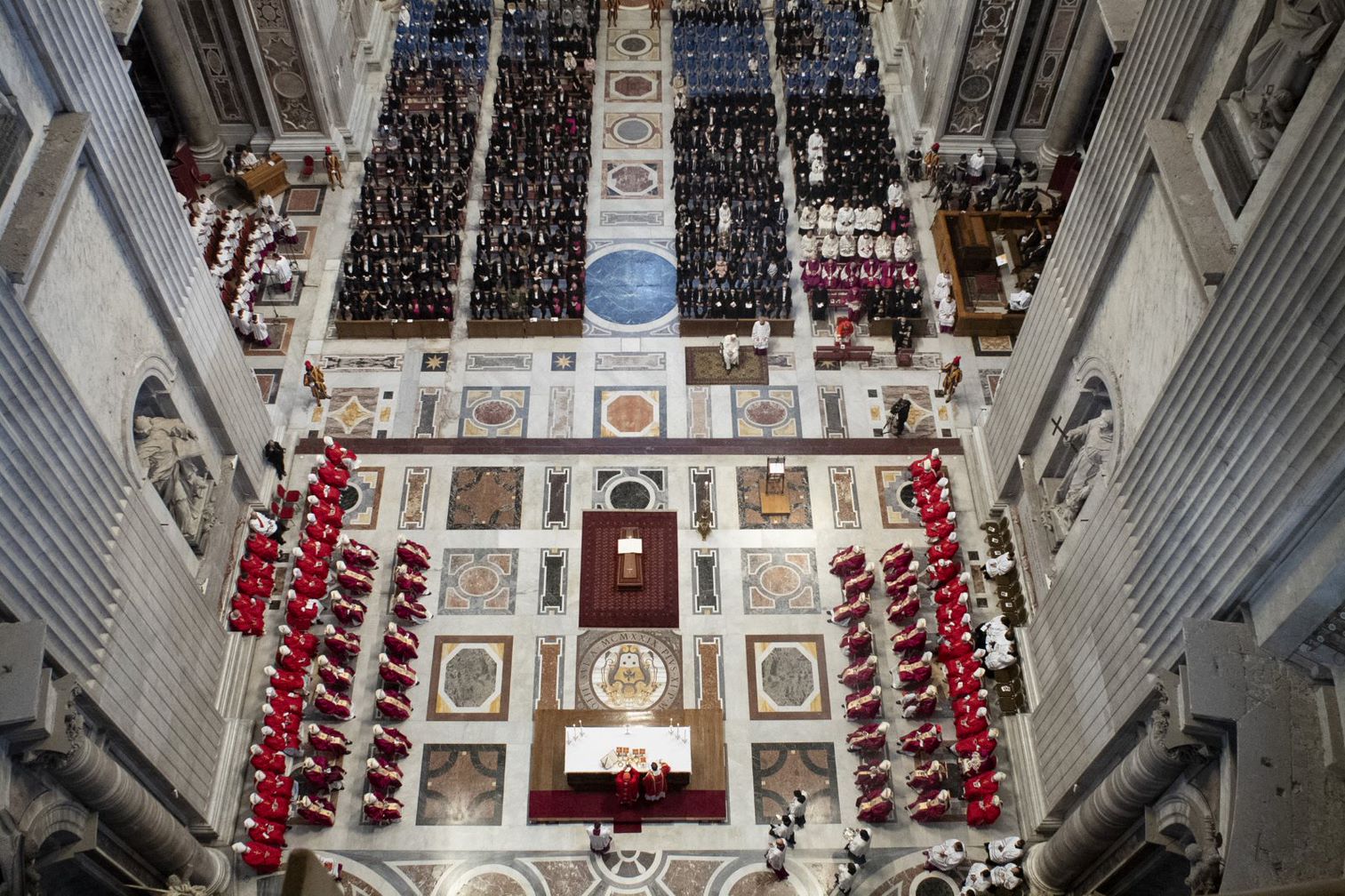 Pope Francis’ presence during the funeral ceremony was discreet: he arrived in his wheelchair from Saint Martha’s and stayed seated until he intervened, standing for the Commendatio and the Valedictio at the end of the ceremony.

Dying out with Cardinal Sodano is a wave of top-level ecclesiastics, who influenced the Church’s service and global peace.