(ZENIT News / Vatican City – London, 02.06.2022). On Thursday, June 2 the British capital was decked out on the occasion of the celebration of Queen Elizabeth II’s Platinum Jubilee, marking the 70th anniversary of her accession to the throne and her 96th birthday.

Pope Francis sent the following  congratulatory telegram to the Monarch:

“On the joyful occasion of your Majesty’s birthday, and the celebration this year of your Platinum Jubilee, I send you cordial greetings and best wishes, along with the renewed assurance of my prayers that Almighty God will grant you, the  members of the Royal Family and all the people of the Nation blessings of unity, prosperity and peace.”

Cardinal Vincent Nichols, Archbishop of Westminster and President of the Catholic Bishops’ Conference of England and Wales, said to the British people on this occasion:

Today we thank God for all the years of astonishing service that have been given by Her Majesty from that day of her solemn anointing, through times of peace and great sadness, suffering and joy.

The calmness that she carries always with her arises from a soul at peace, rooted in a trust in God and inspired by her Christian faith, of which she speaks so eloquently and demonstrates so faithfully.

God bless Her Majesty. May we pray for her always.

The Episcopal Conference established that in the Masses of June 4 and 5 of 2022 all parishes pray for the Queen in the Prayers of the Faithful, and include a special prayer at the end of the Mass.

The British Monarch and The Popes

Queen Elizabeth II is the British Monarch that has met most Popes personally. Pius XII was the first Pope she met in 1951, a year before her coronation. She met John XXIII when he received her in the Vatican on May 5, 1961, and John Paul II on several occasions: in 1980 in the Vatican, then during the Pope’s Apostolic Journey to Great Britain in 1982 and, finally, on October 17, 2000. 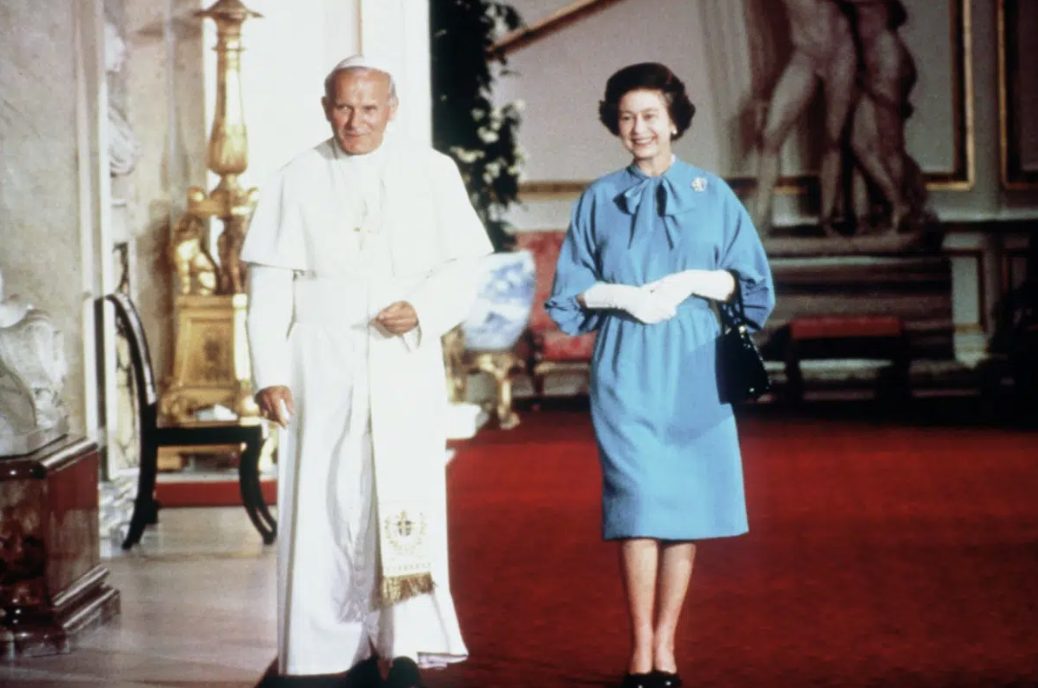 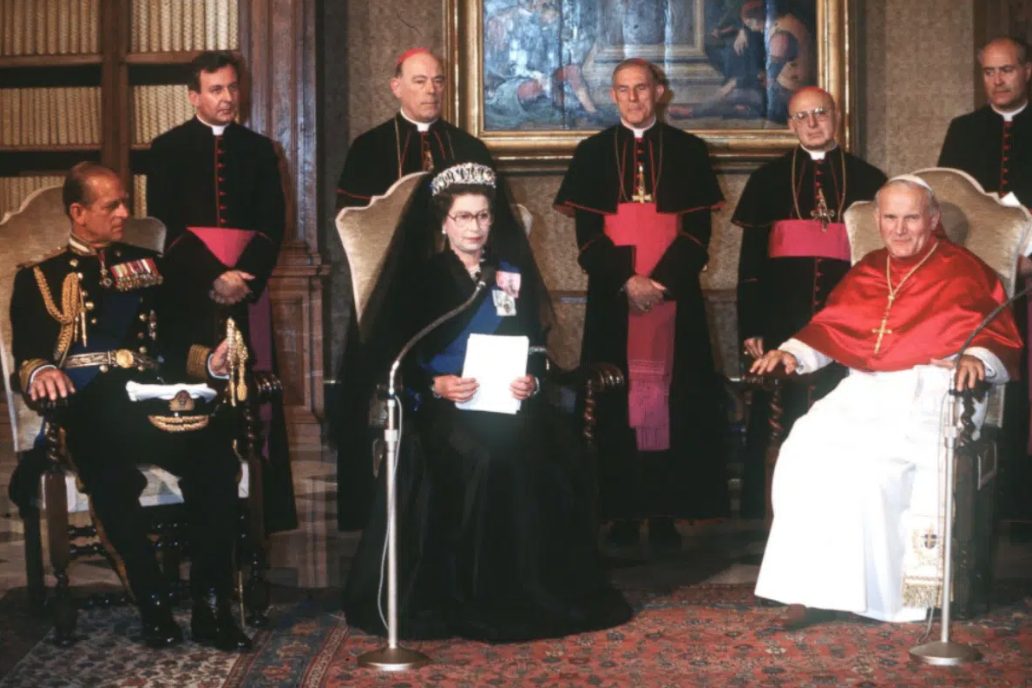 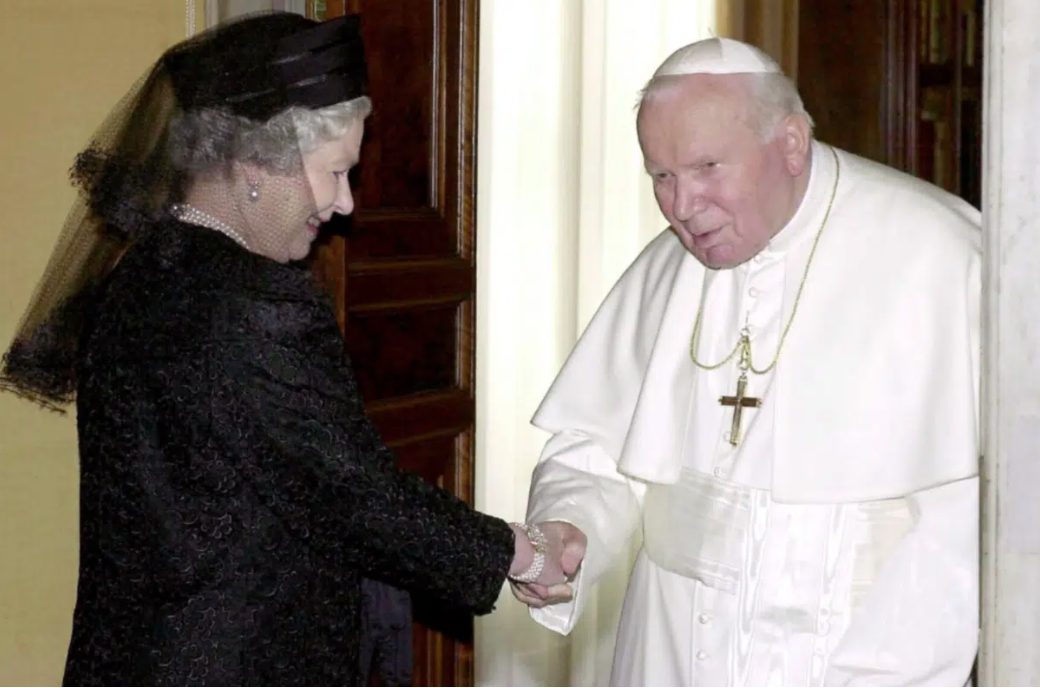 During Benedict XVI’s visited to the United Kingdom in 2010, he met the Queen in Buckingham Palace on September 16. 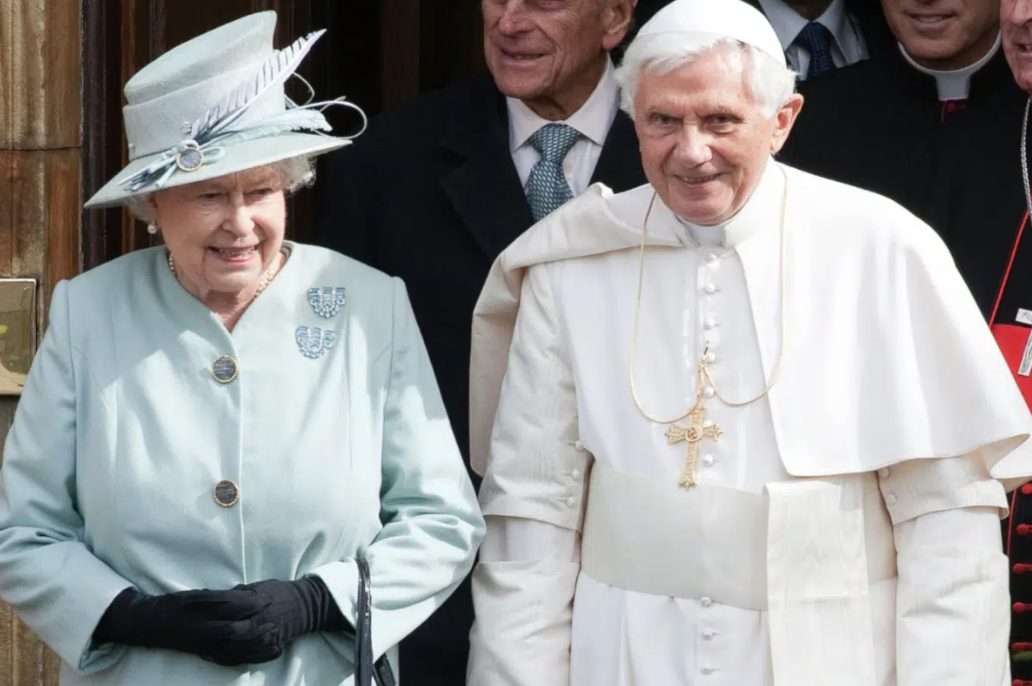 The Queen met with Pope Francis in the Vatican on April 3, 2014. In March of 2022 the Holy Father sent her a letter and a Lebanon cedar for her birthday. In a note, he said: “May this tree, which in the Bible symbolizes the flowering of fortitude, justice and prosperity, be a pledge of abundant divine blessings on your kingdom.” 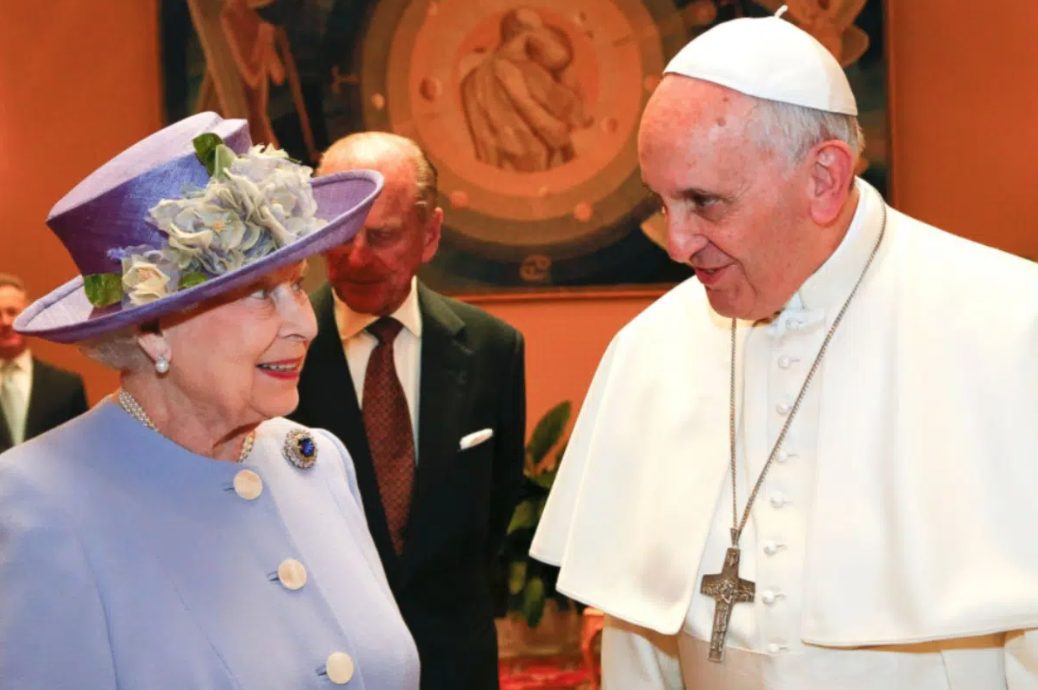