(ZENIT News / Kiev, 18.09.2022).- Pope Francis sent Cardinal Konrad Krajewski for the fourth time to Ukraine, since the invasion began, to bring consolation and humanitarian aid to different cities of the country. One of those cities was Zaporizhia, where the artillery fire took place. “For the first time in my life, I didn’t know where to run to… because it’s not enough to run, you must know where to go,” said Cardinal Krajewski. 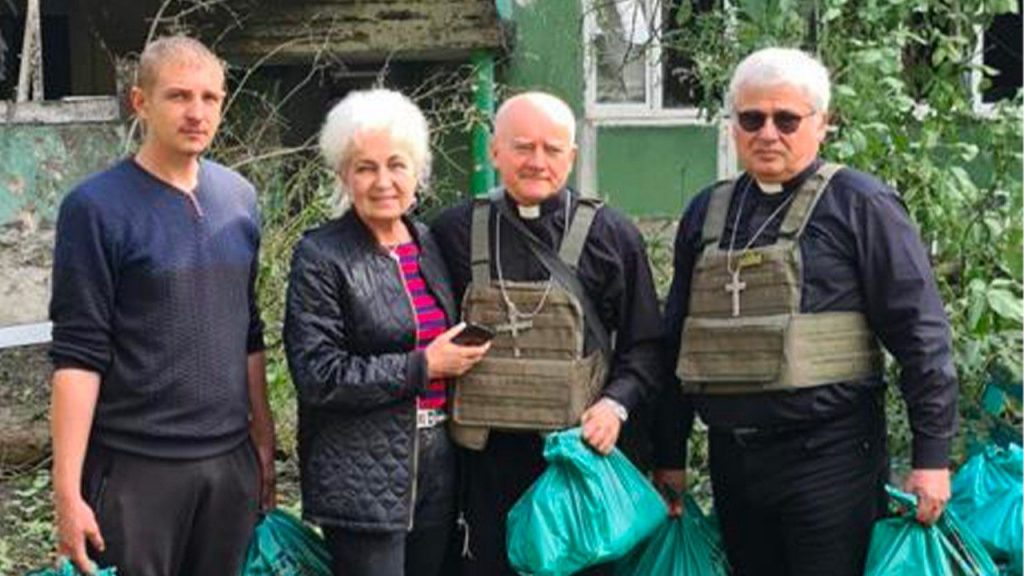 It’s known that only military men enter that area but on this occasion, given the desire to help, not only the Cardinal but also another Catholic Bishop, who was accompanying him, and  Protestant Minister and a military man went to the area, but the group was fired on and had to run. 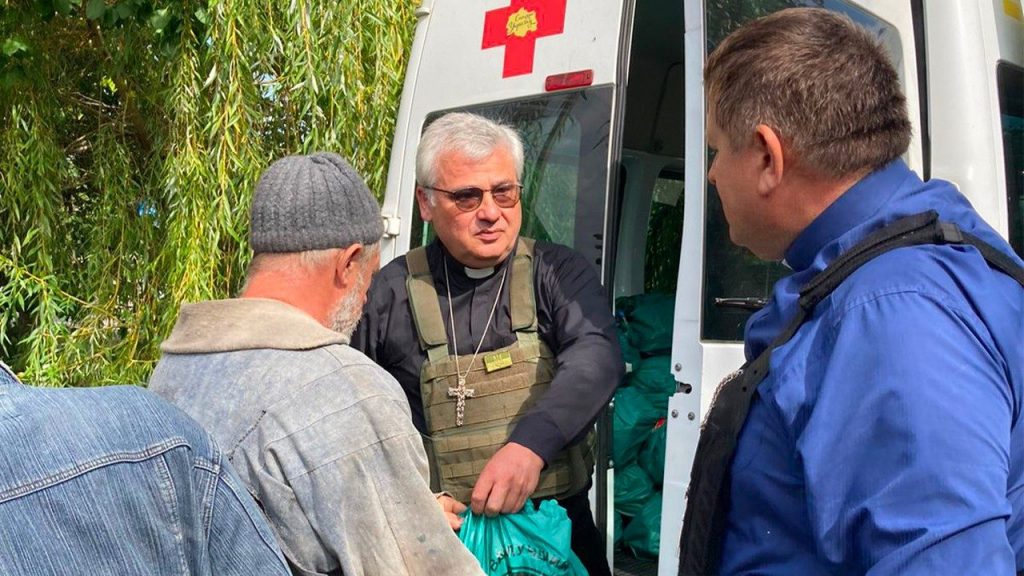 After the situation was normalized, the Cardinal was able to continue his mission, equipped with a helmet and bulletproof jacket. He handed out Rosaries, which the people promptly put around their neck. 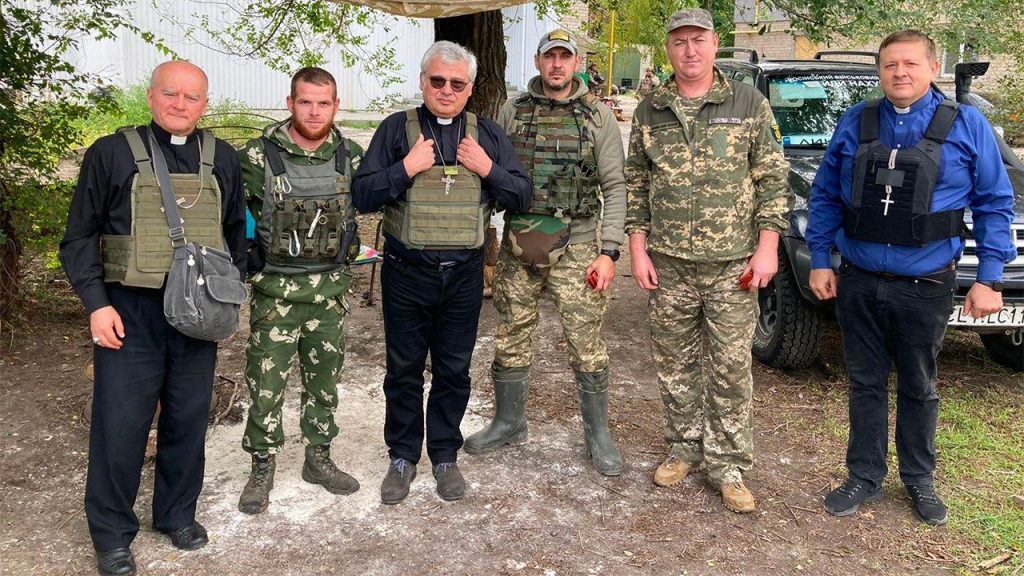