(ZENIT News / Washington, D.C., 07.01.2023).- Last January 3, the 118th Legislature opened of the United States Congress, that is, the legislative branch of the country’s Government. A Pew Research Center study points out that, although the tendency of the American population who no longer call themselves Christians has decreased from 78% in 2007 to 63% at present (with an increase of those that state they have no religious affiliation, the U.S. Congress reflects an affiliation tendency different from the population in general. Specifically, Christian congressmen constitute 88% of the new Legislature. 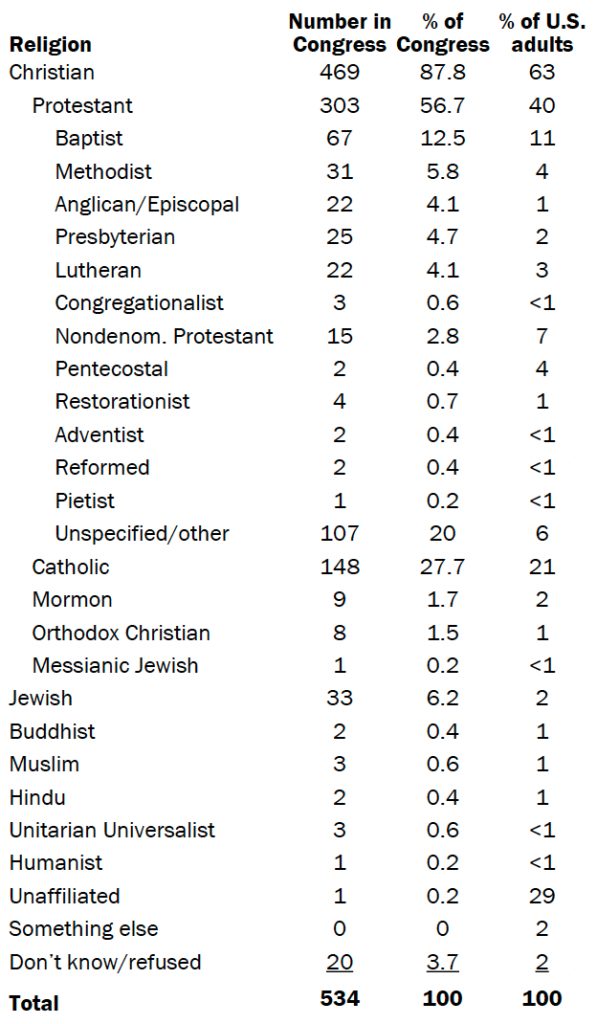 In fact, only Arizona’s Independent Senator, Kyrsten Sinema says she has no religious affiliation and Democrat Jared Huffman of California says he is a “humanist.” Twenty congressmen are classified as having an unknown religious affiliation. As for the rest, of the 534 members of both  Congress’ Chambers , 469 are Christians.

Of the 469 Christians, 303 are Protestants (+6 as compared with the 117th Congress). Methodists and Episcopalians have four fewer members than in the last Legislature: the Methodists now number 31 and the Episcopalians 22. For their part, Presbyterians have one member less in this Legislature, which corresponds with the decrease that denomination has experienced in the United States.

The largest Christian group in the 118th Congress is made up of 148 Catholics. Nevertheless, they are 10 fewer congressmen than in the 117th Legislature. Thus Catholics represent 28% of the members of Congress (only 21% of the U.S. population is Catholic). 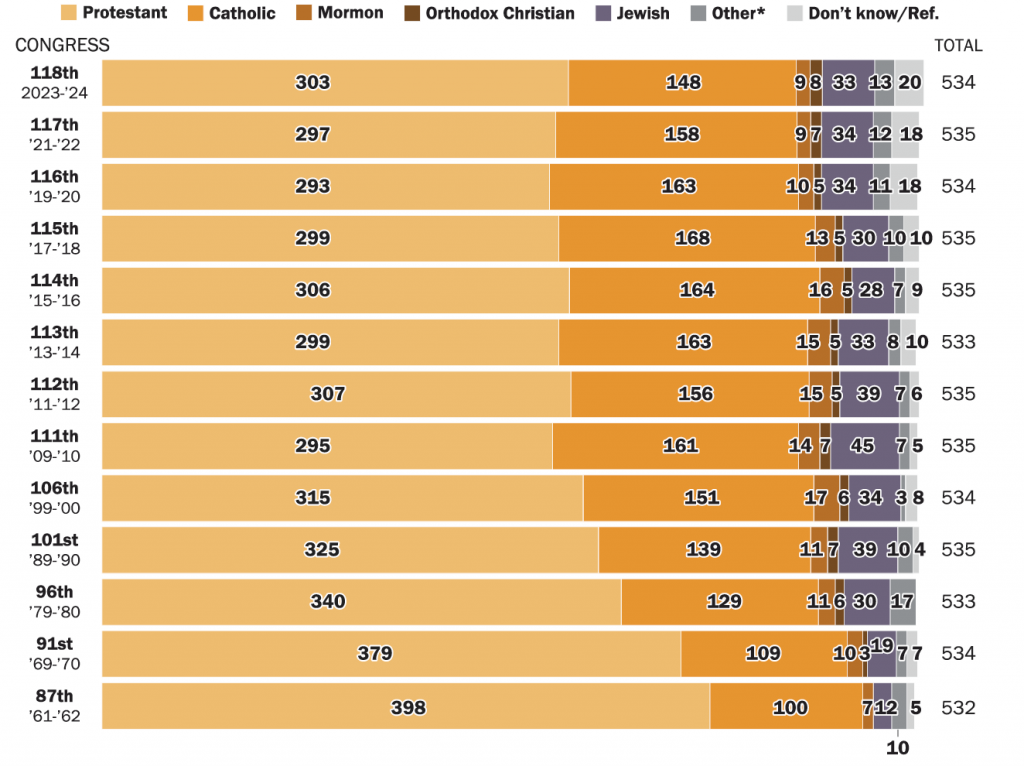 Mormons continue to number nine in the 118th Legislature; the Orthodox are eight (of these Democrat congresswoman Mary Peltola of Alaska is a Russian Orthodox Christian).

The Pew Research Center study reflects stability regarding the number of other non-Christian groups. Among them, Jews are the largest minority in Congress with 33 (6 % of the total), which is a disproportion given the number of Jews in the United States, which is just 2%. 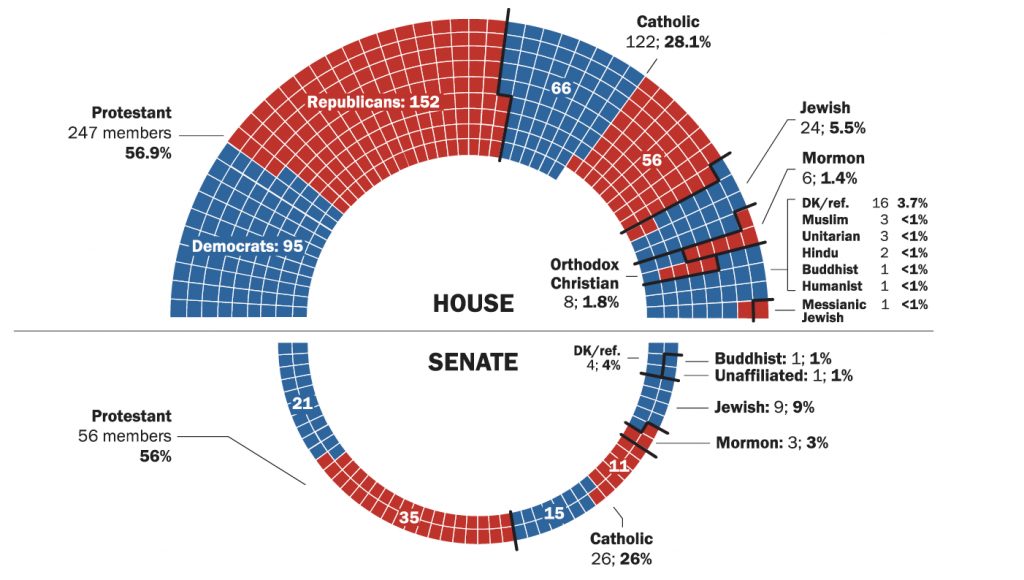 In regard to non-Christian religions, Jews represent a greater percentage (9%) in the Senate than in the House (6%).There is a Buddhist in the House, Democrat congressman Hank Johnson of Georgia, and one in the Senate, Democrat Mazie K. Hirono of Hawaii. All Muslims, Hindus and Unitarian Universalists in Congress are in the House of Representatives.