(ZENIT News / Sovereign Order of Malta, 18.01.2023).- On Tuesday morning, January 17, the celebration took place, in the presence of the Lieutenant of the Grand Master, Fra John T. Dunlap, of the entry in the Sovereign Order of Malta — with the dignity and rank of Bailli Grand Cross of Honour and Devotion — of Cardinal Fortunato Frezza, Canon of Saint Peter of the Vatican. Pope Francis created him Cardinal in the Consistory of August 27, 2022. 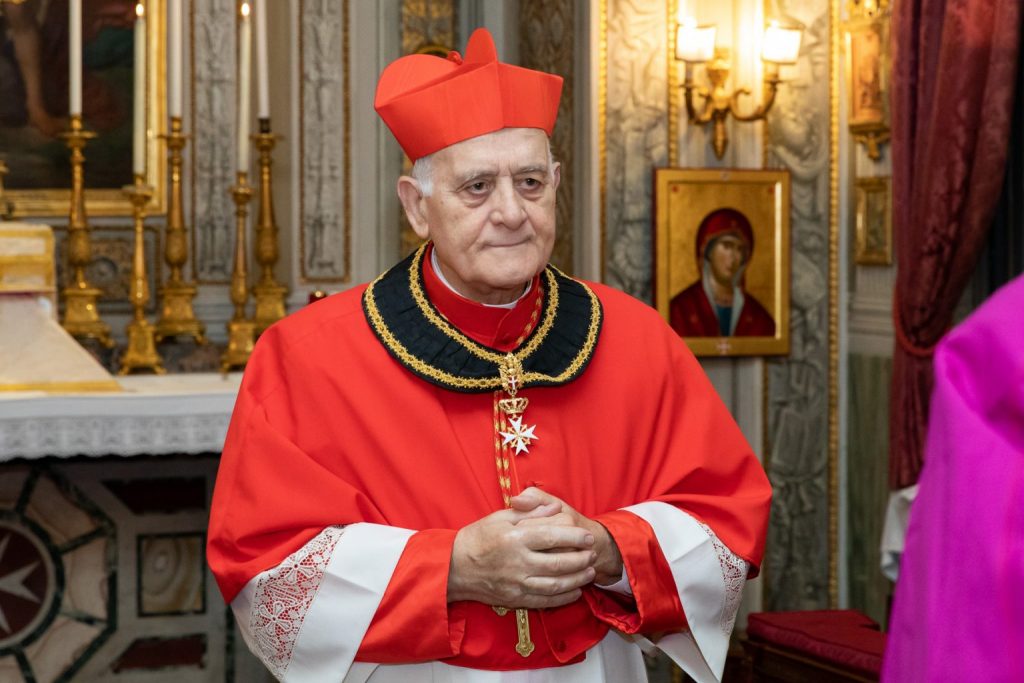 Also attending the ceremony were the Grand Commander, Fra Emmanuel Rousseau, the Grand Chancellor, Riccardo Paternò di Montecupo, the Grand Hospitaller, Fra Alessandro de Franciscis, a few other members of the Sovereign Council and the Embassy of the Order of Malta to the Holy See.

Ambassador Alfredo Bastianelli was present, who is Chancellor of the Equestrian Order of the Holy Sepulcher of Jerusalem, of which Cardinal Frezza is Master of Ceremonies.