(ZENIT News / Lisieux, 17.01.2023).- Father Olivier Ruffray, who is the Rector of the Shrine of Saint Thérèse of the Child Jesus in Lisieux, visited the Vatican at the end of December 2022, to hand the Holy Father a special letter: an invitation to visit the Shrine of the Carmelite nun, on the occasion of her 150th birthday and the 100th anniversary of her Beatification. “It was natural to invite him, given his affection for Saint Thérèse of Lisieux. And if Saint Thérèse and the Pope get along well, they will find a way of meeting in Lisieux,” commented the Rector. 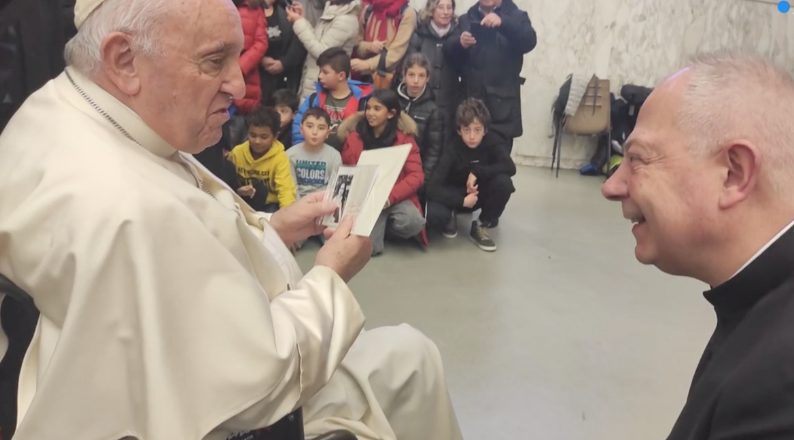 Father Ruffray handed the Pontiff the letter during a General Audience. “I told him I was the Rector of Lisieux, and that I had a letter to give him on behalf of the Bishop. Suddenly he became serious. He looked at our Bishop’s coat of arms and then at the image of Saint Therese, which I had placed on top, so that he would realize right away that we came from Lisieux. He listened to me. It was as simple as a telephone call or a note slipped into his pocket.”

As is known, Pope Francis has a special affection for this Carmelite Saint. Another Pope, Saint John Paul II, visited Lisieux in 1980. On average, every year some 800,000 people visit the Lisieux Shrine. Between September and October, around the time of the patronal feast, some 30,000 people visit the Shrine.