(ZENIT News – Eastern Gate / Jerusalem, 08.06.2022).- On May 29, 2022, Pope Francis designated 21 new Cardinals to help him in his ministry of the universal Church. Among them is 47 year-old Bishop Giorgio Marengo, Apostolic Prefect of Ulan Bator, Mongolia. A native of Turin, Italy, and a Consolata missionary since 2000, he was ordained priest in 2001 and consecrated Bishop in 2020. Since 2003 he is known for his passionate commitment to the evangelization of Mongolia.

A few days before his designation, Monsignor Marengo returned to his native country to take part in the 16th Course of Exorcism and Prayer of Deliverance, held at the Pontifical Athenaeum Regina Apostolorum, organized also by the Sacerdos Institute and the Socio-Religious Research and Information Group (GRIS). He gave the first talk there on May 16, which was entitled “The Role of the Bishop in the Ministry of Exorcism.” 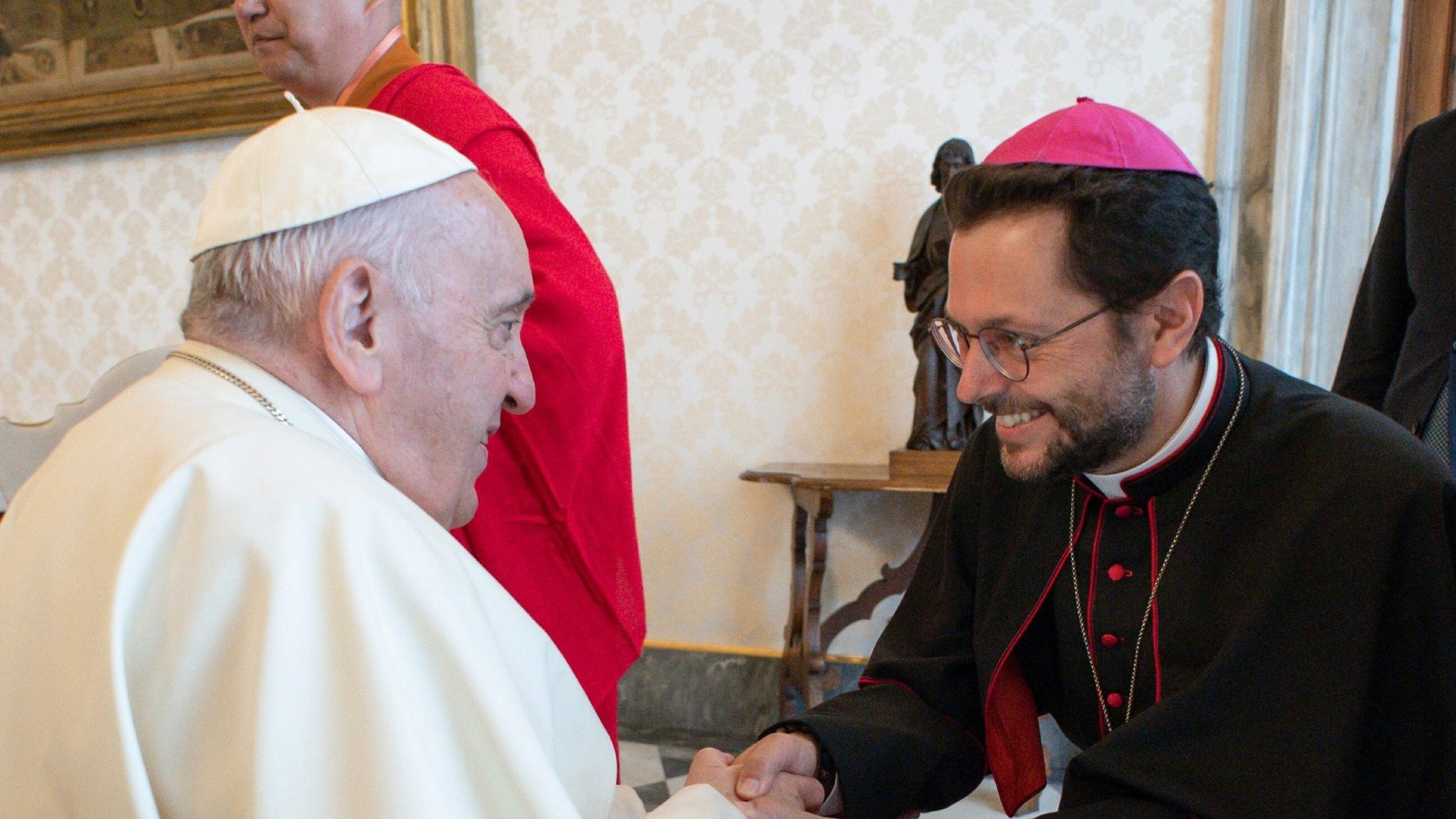 Exorcism: From Apprentice to Minister

Interestingly, the Apostolic Prefect of Ulan Bator had attended the course previously as a student; however, on this occasion he did so as exorcist, given that, as he explained, according to the Church’s practice “the Bishop is the first exorcist in his diocese, in virtue of the apostolic succession,” and the possibility for other priests to exercise this ministry depends on his delegation.

He recalled that the Bishop is “guarantor of the apostolic faith” and, according to current canonical legislation, “he can practice exorcism personally in his circumscription; outside of it, only with the permission of the Ordinary of the place.” Monsignor Marengo took advantage of the occasion to thank the International Association of Exorcists (IAE) for the publication of the Guidelines for the Ministry of Exorcism, “a very useful instrument also for us, Bishops,” he said.

After almost two decades as Religious missionary priest in Mongolia, and over the last two years as Apostolic Prefect Bishop, he said that “exorcism and inner healing are an essential part of the Church’s mission, because it’s something that the reality itself calls for.”

After talking about the country’s religious situation, which after Catholicism’s almost eight centuries of absence, received missionaries again only 30 years ago, he related some “common experience of non-Christian individuals asking priests to deliver them from the devil. Witnessing this reality, enabled him to see that the  battle with the devil is “a necessity at all levels.” He said, among other things, that in the capital, Ulan Bator, with a population  of 1.2 million inhabitants, there are some 10,000 shamans.

Hence he referred to the “genuinely missionary dimension of exorcism.” Referring to the etymology of “Satan,” he described the devil as “the adversary, the divider, the one who gets in the middle to impede the relationship with Christ.” In this connection, “the Church fights against him with the proclamation of the Gospel of Jesus Christ and by making Him present in sacramental action.”

The Damages of Inherited Popular Occultism

In the plan of the first evangelization of a place, as is the case of Mongolia (where at present there are 1,400 Catholics in a population of 3.5 million), Monsignor Marengo stressed the importance of “the vestiges of ancestral ways linked to the occult,” and he referred to some real cases of people that, while engaging in the catechumenate — in preparation for Baptism –, began to suffer from the action of spirits, abandoning the path of faith.

“In these contexts of first evangelization, the enemy gets in the middle  to prevent the people adhering to Christ,” he explained. Perfectly comprehensible in this regard are Jesus’ words to the Apostles in sending them out as missionaries: ‘and these signs will accompany those who believe: in my name they will cast out demons . . . “(Mark 16:17). The Bishop emphasized  that “the activity of the group of Jesus’ disciples included casting out demons and healing the sick,” so that exorcism “is an integral part of the ministry commissioned by the Risen One.”

In a Secularized and Plural Context

The Catholic Church carries out her work in a plural world as regards beliefs  and, therefore, the mission ad Gentes must also take into account the inter-religious context of societies recipients of the Good News. The now Cardinal designate recalled that “the monotheist religions acknowledge the existence of the devil and put their faithful on guard against his action.” Moreover, “the awareness of the existence of evil spirits has remained in all cultures (except where Marxist atheism has been imposed).

“It seems that in the West we have put the devil between parenthesis, as it’s not a “clear and distinct idea.” Although his existence has been denied, his terrible machinations are felt,” he said. Hence he recommended the reading of the works of Father Joseph-Marie Verlinde, French Religious who has made an in-depth analysis of spiritual practices of Oriental origin, after he himself had been a staunch follower of Transcendental Meditation.

Continuing with this reflection, the Bishop called for “prudence in the meeting with Oriental traditions, where recourse to spirits is usual, a practice against which the Church warns.” 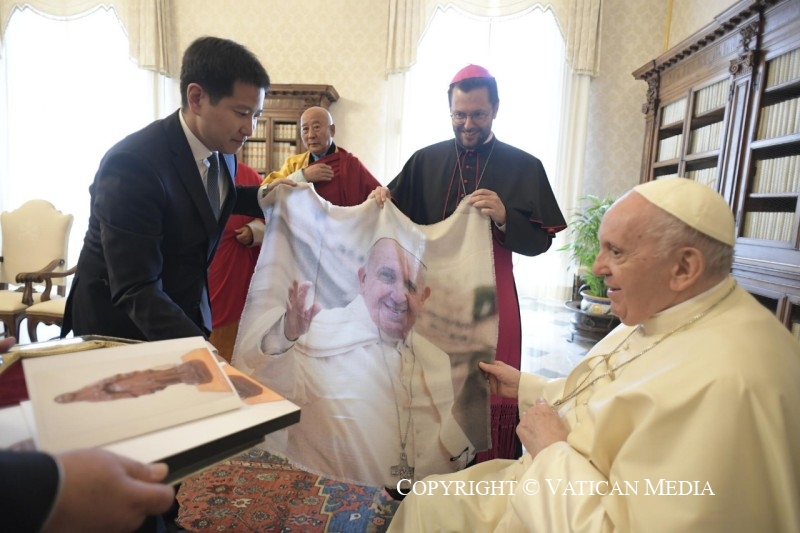 Move Away from Superstition

Monsignor Marengo posed a question that is common in the first steps of the evangelization of a culture: How to handle a personal past of superstitious practices? And he indicated that the answer is in Sacred Scripture, specifically in Deuteronomy 18:10-15, as “the fundamental reference,” as in this passage “we see the pedagogic depth that the Lord uses in His Word.”

“God calls us not to be involved with these cults, and that’s why the Old Testament stresses its real dangers for man’s new relationship with God who reveals Himself.” Together with this, the Lord Himself appears in Exodus 34:12-16 as “a jealous God who wants us to reject what removes us from our unique relationship with Him.” Ulan Bator’s Apostolic Prefect commented on a third text of the Bible: that of the story of King Saul and the woman who was a medium (1 Samuel 28:6-25).

In all these biblical passages the reason for condemnation is always the same, and it’s true also for us today: these practices imply a lack of faith; we go to them to come out of uncertainty.” The New Testament confirms this, on presenting Jesus Christ suffering temptations but coming out victorious, as He “relies totally on the Father. In the same way, the humility of one who believes in Christ implies relying totally on Him.”

The Dangers of Fortune-Tellers, Shamans and Wizards

With more than two decades as a missionary, Monsignor Marengo was able to share his experience with students from many countries in Rome. When I’m asked in Mongolia why I must not go to fortune-tellers, I answer ”Because the Lord says so. One who wants to satisfy at all costs his desires to know more, runs risks. Christ alone is the anchor of salvation.” The reality he has experienced is that “to accompany people that open themselves to Christ with a past of magic is a gift and a responsibility.”

It’s common for people on the path of faith who, in face of a misfortune, wonder why it has happened to them and even go so far as to think: “Has my decision to become a Christian been an error??” Giving some concrete examples, Giorgio Marengo explained that “there is a clash between natural religiosity and faith in Christ.” Because for natural religiosity, God works according to a dynamic of awards and punishments and in this way “religiosity is reduced to magic.”

For the parameters of Mongolia’s traditional shamanism, “Jesus Christ would be the height of failure, of misfortune, of bad luck. And here is the originality of the Christian faith: Christ has inaugurated a new life, which lives together with the mystery of evil and sin.” And he recalled how Christ’s Resurrection is presented in the Orient: with the icon of the Anasthasis, which shows Jesus coming out of the sepulcher and taking Adam and Eve by the hand.

By way of conclusion of his talk, Monsignor Marengo indicated five “ecclesial ways” in regards to the fight against evil in ordinary pastoral care.