(ZENIT News / Vatican City, 09.06.2022).- Pope Francis imposed his hands on a young seminarian sick with cancer and made others around him  pray for him. The incident happened on May 11 at the end of the General Audience.

It’s well known that the Holy Father usually holds a public General Audience on Wednesdays in Saint Peter’s Square and, when it’s too cold or too hot, in Paull VI Hall. The Pope enters the Square in the pope-mobile and is driven around the avenues so that many people can see him up close.

At the end of the drive, the Pontiff imparts his weekly catechesis, which is followed by greetings to pilgrims and special groups of people, such as newlyweds, the sick, priests, etc. On May 11 there was a numerous group of seminarians of the Congregation of the Legionaries of Christ. They were in the Square to accompany the new priests of their Religious Family who had been ordained a few days earlier. 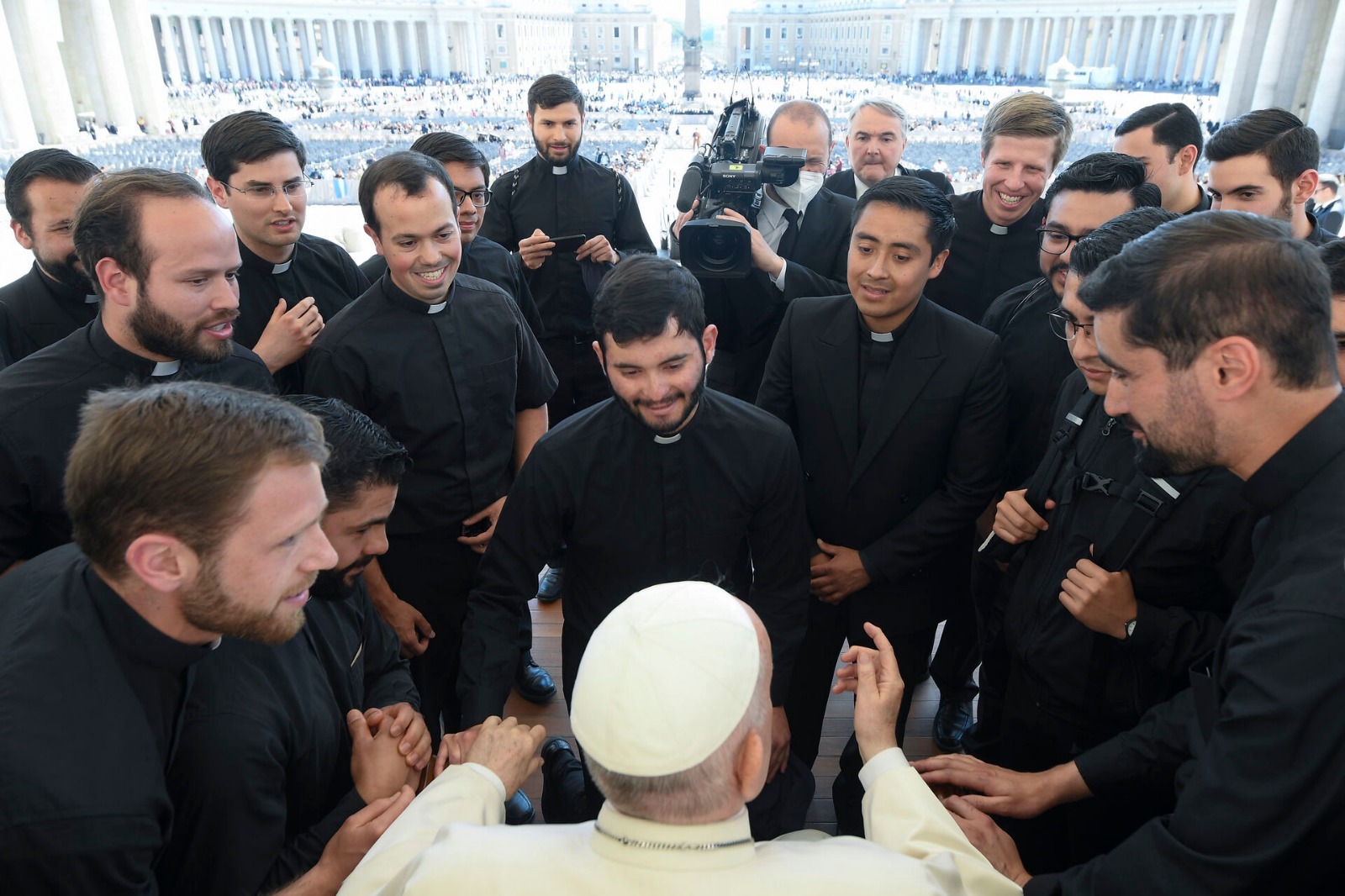 One of those present was Brother Alejandro Rondón, LC, who is suffering from cancer. Brother Alejandro, who lives in Rome and is studying Philosophy at the Pontifical Athenaeum Regina Apostolorum, wished to share his experience with ZENIT: “In the beginning we went by groups as we were many. Another Legionary who knew about by illness and who was the first to greet the Pope, told the Holy Father about my situation, that I was going through a difficult time. The Pope asked who it was. When he learned that it was me he asked me to kneel in front of him.”

Brother Alexander recalled that the Pope said to him: “Kneel down and we are all going to pray for you. Then he imposed his hands on me and we prayed for a minute.” It was a moment of prayer that made Brother Alejandro ask God “for healing and for help to live the time of chemotherapy in the best way. I asked the Lord to give me grace and strength.”

What happened afterwards? Brother Alejandro said that “when the Pope stopped praying, as well as all the other Legionaries, he greeted me.  And he added: “I felt blessed and very grateful for that gesture that, reflecting on it later, I realized the importance of what had happened.”

Brother Alejandro said that he “didn’t have the intention of greeting him, but things happened thus because God so willed it. I’m still reflecting on it because it was a great and special grace that not many people have. I feel grateful and it seems to me to be a gesture of humility on the part of the Pope. It was not about advice but simply an attitude of faith, to take to prayer. The Pope’s  intercession gives me strength, joy and grace,” he concluded.

Dear families, be signs of the living Christ, do not be afraid of what the Lord asks of you, nor of being generous with Him. Be the seed of a more fraternal world! Be the welcoming face of the Church! And please pray, always pray! #WMOF22