Hot Topics
A three-voice interview back from Africa: Francis and two Protestants on homosexuality, guns, Ukraine and other topics
This is the state of religious life in the United States: vocations, age, data, etc.
360 Million Christians Suffer High Levels of Persecution, According to the World Watch List 2023
The Letter Circulated from the Vatican to Calm Down Bishops and Prohibit Agendas in the Synod
Pope Receives Order of Malta in Audience: Ahead in Closing the Renewal Process
The new Pope Video calls parishes to truly be communities: places of listening and welcome whose doors are always open
Pope Francis Clarifies Comments on Homosexuality to Jesuit LGBT+ Activist Father James Martin
German Bishops’ Leader Answers Pope: It’s Questionable to Lead the Church Through Interviews
Pope on the Liturgy: Calls for Formation in Seminaries, Silence before Mass and Laments Disastrous Homilies
Pope’s Inspired Reflections on Marriage at the Start of 2023

(ZENIT News / Baghdad, Iraq, 11.06.2022).- A miracle has taken place in the region, which a few years ago the Islamic State controlled and scourged: the miracle of the beauty of 172 Catholic children of the Chaldean Rite receiving the Eucharist for the first time. 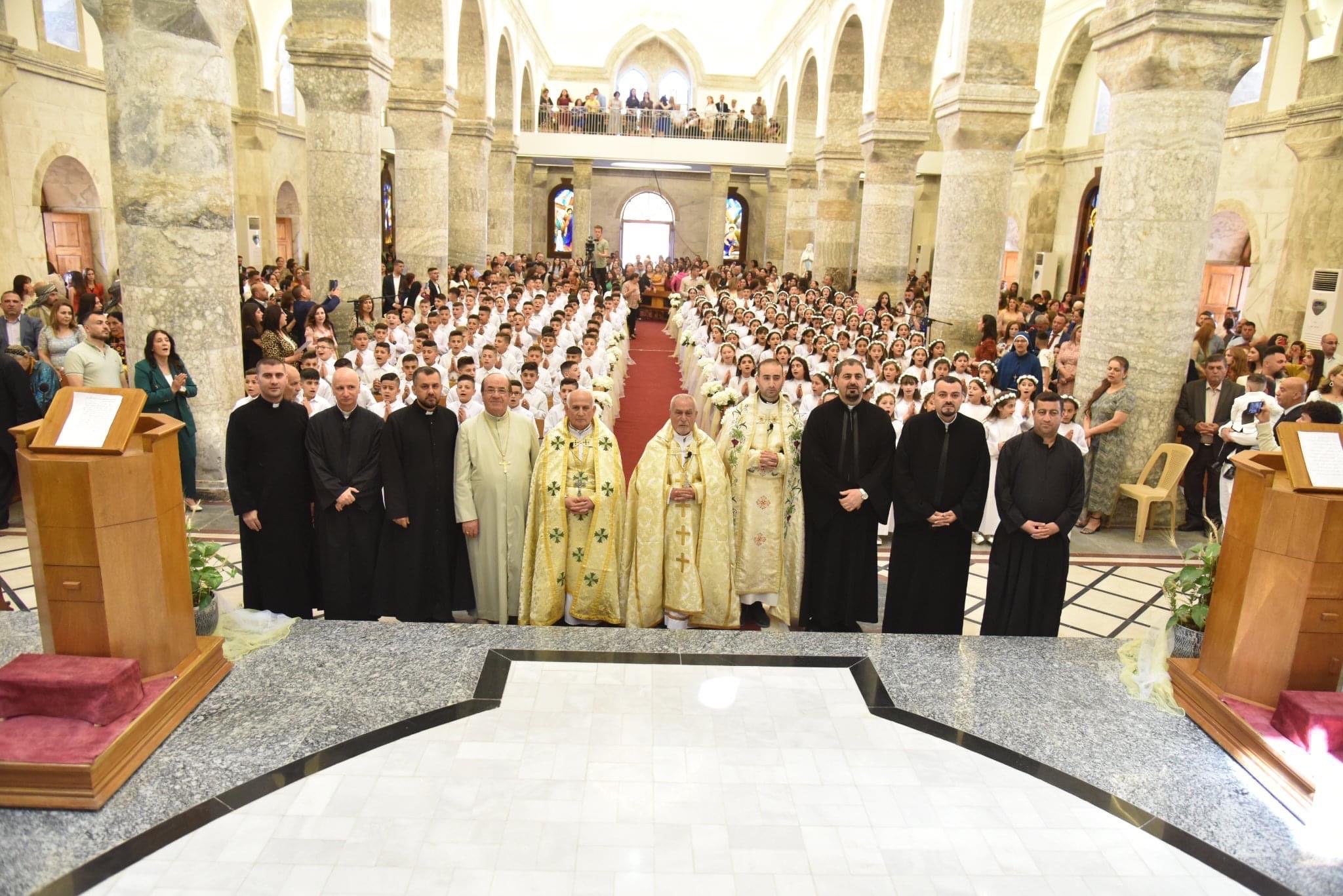 The event took place in Qaraqosh on June 3, reported Chaldean Catholic priest Father Karam Shamasha: “On June 3 of 2022, 172 of our children, 99 boys and 73 girls, received their First Communion in Bakhdida, Qaraqosh. The area, which a few years ago was heavily attacked by militants of the Islamic State, which intended to exterminate Christians, today cried out in a loud voice: ‘our faith and our cross have won.’” 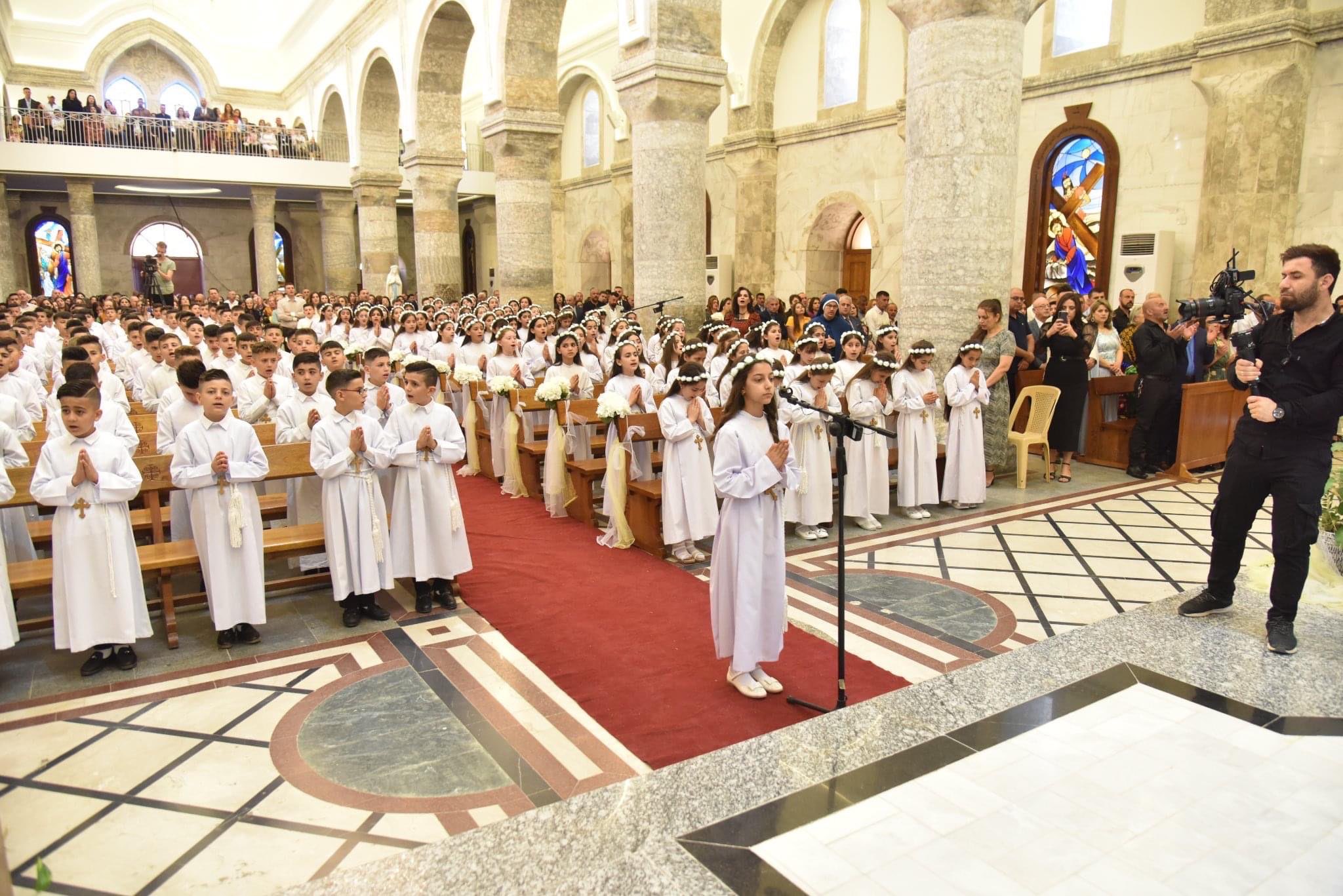 Over two years the Islamic State killed Christians, expelled others and destroyed churches and homes of Chaldean Catholic families. In 2016, after the withdrawal of radical Islamists, Christians began to return to their native land. The Holy Father visited this area during his Apostolic Journey to Iraq. Pope Francis went to Qaraqosh on March 7, 2021. 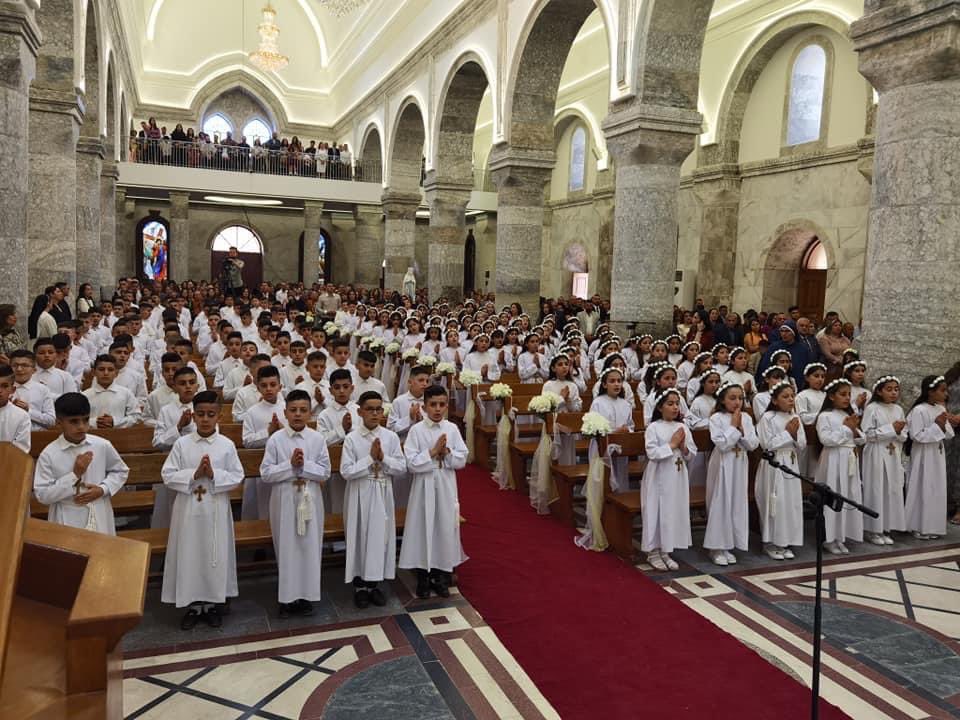 I was deeply saddened to learn of the huge loss of life caused by the earthquake in #Türkiye and in #Syria. Entrusting those who have died to the loving mercy of the Almighty, I pray for the emergency personnel involved in the ongoing relief efforts.

: Interview with journalists on flight back to Rome after joint visit with Anglican leader and Church of Scotland moderator to Congo and South Sudan.