(ZENIT News / Vatican City, 29.06.2022).- Mrs Nancy Pelosi, Speaker of the House of Representatives of the Congress of the United States, attended the Mass in Saint Peter’s Basilica on Wednesday, June 29. Although it was foreseen that the Pope would preside over the Eucharistic Celebration, in the end the Mass was presided over by the Dean of the College of Cardinals, Cardinal Giovanni Battista Re. The Pontiff took part initially blessing the palliums that, moments later, Archbishops would receive and then giving the homily.

Speaker Pelosi’s presence did not go unnoticed: before the beginning of the Eucharistic Celebration she was greeted by the Pope. Then she attended a Mass, publicly and very visibly, after two especially relevant events in the ecclesial and social life of the United States. The first, which occurred at the end of May, was the Archbishop of San Francisco denying Pelosi access to the Eucharist in the territory of his diocese. The second was Mrs Pelosi’s fiery statements after the United States Supreme Court’s ruling against abortion as a Constitutional right (statements in favour of abortion, needless to say). Finally, Pelosi called attention to herself because she went to Communion in this Mass in Saint Peter’s Basilica. 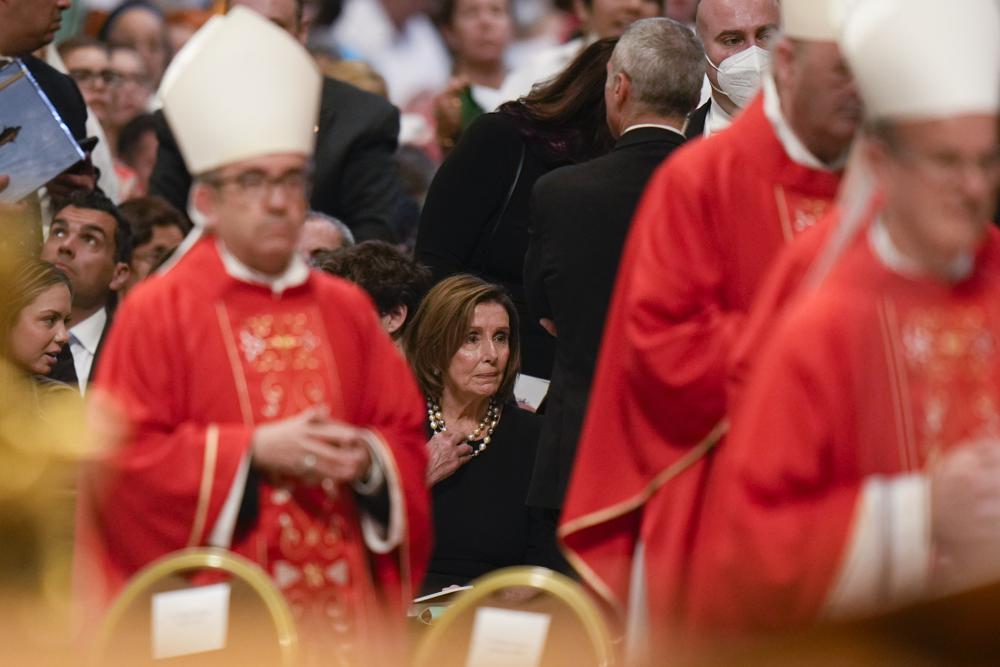 It’s this fact that reached the media. Some headlines read “Controversy in the Vatican: Pope Francis allowed Nancy Pelosi to receive communion despite her support of abortion and affirmed “there is room for all.”

It’s true that in his homily the Pope said:

“Let us open the doors, it is the Lord who calls. [. . .] A Church without chains and without walls, in which all can feel welcome and accompanied, in which the art of listening, of dialogue, of participation is cultivated, under the sole authority of the Holy Spirit. A free and humble Church, which rises fast,” which doesn’t postpone, which doesn’t accumulate delays in face of the challenges of the present, which doesn’t stay in sacred enclosures, but which lets herself be animated by the passion of the proclamation of the Gospel and the desire to reach all and to welcome all. Let us not forget this word — all. All! Go to the crossroads and bring all: the blind, deaf, lame, sick, just, sinners – all, all! This word of the Lord must resonate in the mind and heart –all; there is room in the Church for all.”

For the sake of intellectual and journalistic honesty, it should be added that this paragraph was not thought, lamentably, for Mrs Pelosi. The Pope was talking to Archbishops especially and, with them, to all the faithful. He said these words considering what it meant to “rise”, in allusion to Saint Peter.

Moments later the Pope said in the same homily – something that the media doesn’t seem to want to apply to Pelosi:

“Together we can and must establish gestures of care for human life, for the protection of creation, for the dignity of work, for families’ problems, for the situation of the elderly and of the abandoned, rejected and scorned. In short, to be a Church that promotes the culture of care, of caress, of compassion for the weak and the fight against all forms of degradation, including that of our cities and the places we frequent, so that the joy of the Gospel shines in the life of each one: this is our ‘battle,’ this is our challenge.” The Pope said that other paragraph in the context of a second idea reflected in the homily: the battle. 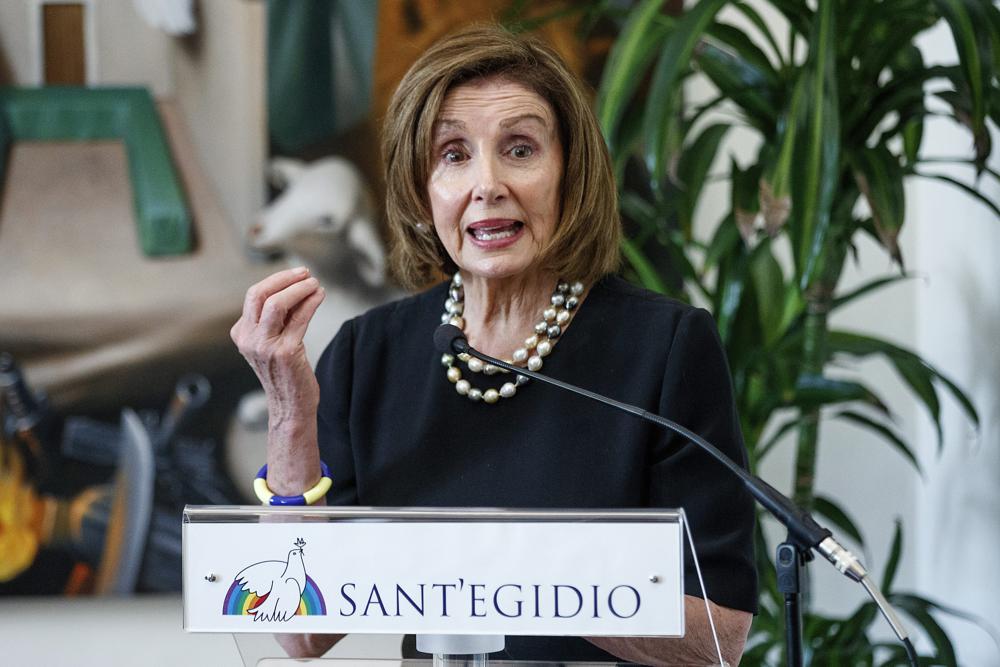 However, it’s not true that the Pope gave Communion to Pelosi or that he authorized someone to do so. Many priests help in multitudinous Masses to distribute Communion. What is most probable –charity of thought imposes it–  is that the priest who gave Communion to the pro-abortion politician didn’t know her or didn’t know who she was or her political and anti-human life options.

She who did know what she defends (the murder oof babies in their mothers’ womb) and the generalized feeling of the American Episcopate is Mrs Pelosi. Wednesday’s Mass, including if it is on June 29, day of the Patron Saints of Rome, is not a Mass of obligation for Pelosi. It’s not that Pelosi is a “very Catholic” woman, but that she was clearly and visibly affronting the Catholic Church in the United States. And this is called instrumentalizing the Pope . . . and the Eucharist.