Hot Topics
One Out of Every Four Countries Worldwide Used Force to Impede Religious Practice During the Pandemic
The United States Deputy Secretary of State Will Visit the Vatican
Pope Francis closes 2022 with this intention for which he asks the whole Church to pray
USA: Bishop Barron responds to LGBT bill passed by Senate
Pope Francis: New date confirmed for historic Ecumenical Peace Pilgrimage to South Sudan adn Congo
Half a Million Catholics at Risk of Imminent Schism Due to the Liturgy
Who Are Qatar’s Christians? They Are More than 13% of the Population, but Without Full Religious Liberty
Jesuit Resigns from Vatican Secretariat for the Economy and Is Succeeded by a Spanish Layman
Russia Accuses Pope of Russophobia after His Statements to a Jesuit Magazine
China’s Response to the Holy See’s Protest: “China Is Prepared to Work with the Vatican”

(ZENIT News – Holy See Dicastery for Communication / Vatican City, 29.06.2022).- The Holy Father issued an Apostolic Letter to the People of God on the Liturgy, to recall the profound meaning of the Eucharistic Celebration that arose from the Council and to invite to liturgical formation. On June 29 Pope Francis published “Desiderio Desideravi,” which develops in 65 paragraphs the results of the February 2019 Plenary Assembly of the Dicastery for Divine Worship and follows the Motu Proprio “Traditionis Custodes,” reaffirming the importance of ecclesial communion regarding the Rite that arose from the Post-Conciliar Liturgical Reform.

It’s not a new instruction or a directory with specific norms, but a meditation to understand the beauty of the Liturgical Celebration and its role in evangelization. And the Pontiff ends with an appeal: “Let us abandon controversy to listen together to what the Spirit says to the Church; let us preserve communion, and continue to be amazed by the beauty of the Liturgy” (65).

Pope Francis writes, the Christian faith is either an encounter with Jesus alive or it is not. And “the Liturgy guarantees us the possibility of that encounter. We do not need a vague remembrance of the Last Supper: we need to be present in that Supper.” Recalling the importance of Vatican II’s Constitution “Sacrosanctum Concilium, which led to the rediscovery of the theological understanding of the Liturgy, the Pontiff adds: “I would like the beauty of the Christian Celebration, and its necessary consequences in the life of the Church, not to be disfigured by a superficial and reductive understanding of its value or, still worse, by its instrumentalization at the service of an ideological vision, no matter what it is” (16). 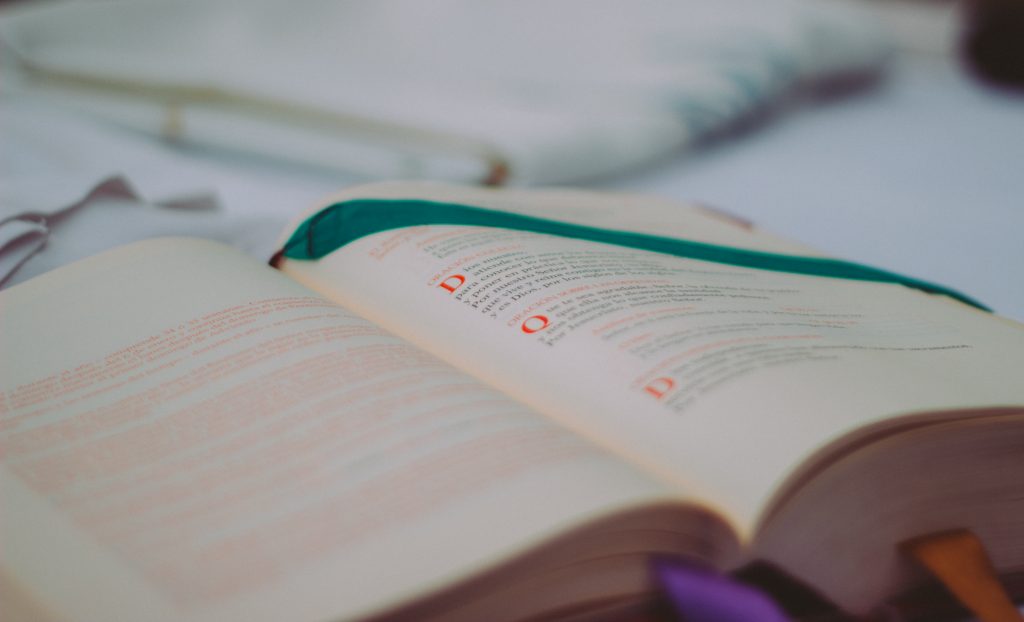 After having warned against the “spiritual worldliness,” Gnosticism and Neo-Pelagianism that fuel it, the Holy Father explains that “to take part in the Eucharistic Sacrifice is not one of our conquests, as if we could presume to it before God and our brethren, and that “the Liturgy has nothing to do with an aesthetic moralism: it is the gift of the Lord’s Passover that, accepted with docility, makes our life new.”

One doesn’t enter the Cenacle but by the power of attraction of one’s desire to eat the Passover with us” (20). To cure spiritual worldliness it’s necessary to rediscover  the beauty of the Liturgy; however, this rediscovery “is not the search of a ritual aestheticism, which takes pleasure only in the care of the external formality of the Rite, or is satisfied with a scrupulous observance of the rubric. Evidently, this affirmation does not approve at all the contrary attitude, which confuses simplicity with a bungling banality, the essential with an ignorant superficiality, the concretion of the ritual action with an exaggerated practical functionalism” (22).

The Pope explains that “all the aspects of the Celebration must be taken care of (the space, the time, the gestures, the words, the objects, clothing, singing, music, . . .) and all the rubrics observed: this care would be sufficient not to rob the assembly what is due to it, namely, the Paschal Mystery celebrated in the ritual form established by the Church. However, even of the quality and norm of the celebratory action were guaranteed, this would not be sufficient for our participation to be full” (23). In fact, if “astonishment is lacking for the Paschal Mystery” present “in the concretion of the sacramental signs, we could run the risk  of being truly impermeable to the ocean of grace that inundates each Celebration” (24). This astonishment, clarifies Pope Francis, has nothing to do “with the smoky expression ‘sense of the mystery’: sometimes among the alleged accusations against the Liturgical reform is also that of having eliminated it from the Celebration.” The astonishment of which the Pope speaks is not a sort of disconcert in face of an obscure reality or an enigmatic rite, but it is “on the contrary, astonishment in face of the fact that God’s salvific plan was revealed to us in Jesus’ Passover” (25). 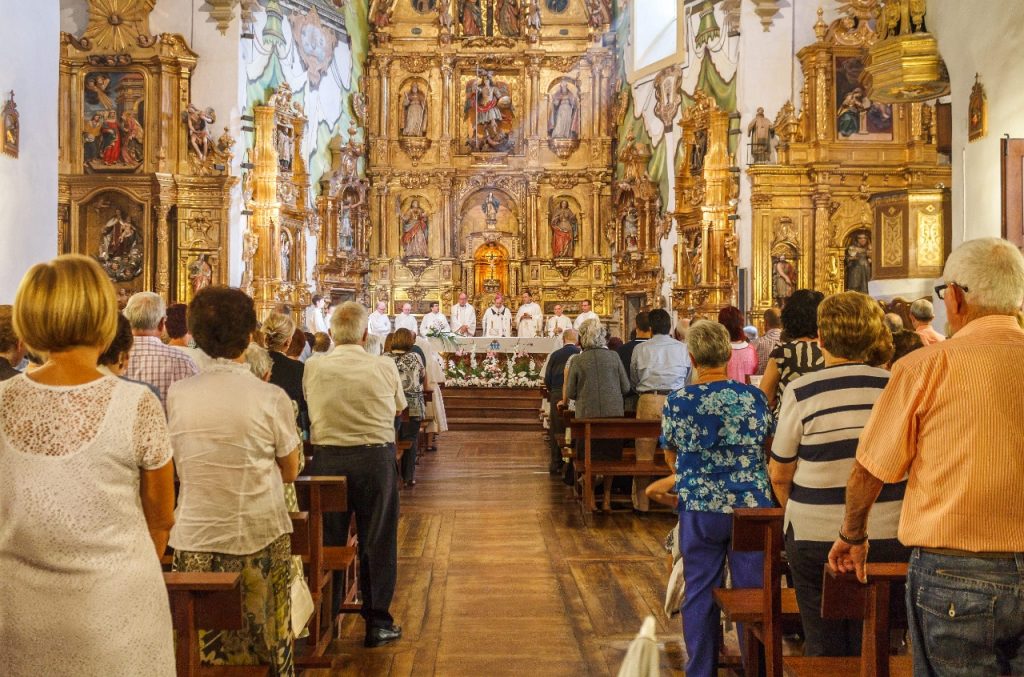 How, then, can we recover the capacity to live the liturgical action in its fulness? In face of the disconcert of post-modernity, individualism, subjectivism and abstract spiritualism, the Pontiff invites us to return to the great Conciliar Constitutions, which cannot be separated from one another. And he writes  that “it would be banal to read the tensions, unfortunately present in regard to the Celebration, as a simple divergence among different sensibilities towards a ritual form. The problem is first of all ecclesiological” (31). In short, hidden behind the battles over the ritual are different conceptions of the Church. The Pontiff points out that that one cannot acknowledge the validity of the Council  and not accept the Liturgical Reform born of “Sacrosanctum Concilium.”

Quoting theologian Romano Guardini, very present in the Apostolic Letter, Pope Francis affirms that, without liturgical formation, “the reforms in the rite and in the text do not help much” (34). He stresses the importance of formation, in the first place, in the seminaries: “A liturgical-sapiential focus  of theological formation in the seminaries would certainly also have positive effects on pastoral action. There is no aspect of ecclesial life that does not find its culmination and its source in it. Joint pastoral ministry, organic and integrated, more than being the result of elaborated programs, is the consequence of situating the Sunday Eucharistic Celebration, foundation of communion, at the center of the life of the community. The theological understanding of the Liturgy does not allow at all to understand these words as if everything were reduced to the cultural aspect. A Celebration that does not evangelize is not authentic, as a proclamation isn’t that does not lead to the encounter with the Risen Lord in the Celebration. Hence, without the witness of charity, both are as a noisy gong or a clanging cymbal.”

It is important to educated in the understanding of the symbols, which is ever more difficult for modern man, continues the Pope. One way of doing it “is, without a doubt, to take care of the art of the Celebration,” which “cannot be reduced to the mere observance of a rubric device, nor can it be thought of as imaginative creativity — at times wild — without rules.” The Rite is a norm in itself and the norm is never an end in itself, but is always at the service  of the superior reality it intends to safeguard” (48). The art of celebrating isn’t learned “because one attends a course of oratory or of techniques of persuasive communication,” rather, it requires “a diligent dedication to the Celebration, letting the Celebration itself transmit its art to us” (50). And “among the ritual gestures proper to every assembly, silence occupies a place of absolute importance,” which “moves to repentance and the desire of conversion; arouses the desire of conversion,” arouses listening to the Word and prayer, readies for Adoration of the Body and Blood of Christ” (52). 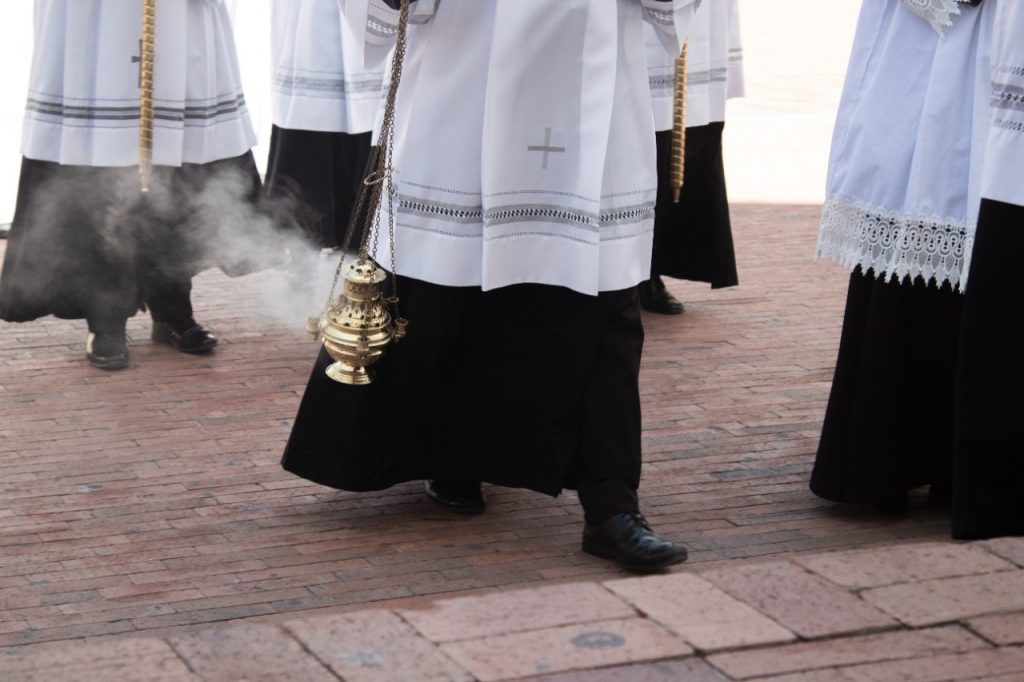 Pope Francis then notes that the way of living the Celebration in Christian communities “is conditioned –for good or, unfortunately, also for evil–, by the way in which its Pastor presides over the assembly.” And he enumerates several “models” of inadequate presidency, although they are opposite signs: “austere rigidity or exasperated creativity; spiritualizing mysticism or practical functionalism; precipitated speed or accentuated slowness; scruffy carelessness or excessive refinement; superabundant affability or hieratic impassibility. All models that have the same root: “an exasperated personalism of celebratory style that sometimes expresses a badly dissimulated leadership mania” (54), amplified when the Celebrations are spread over the network. Whereas, to “preside over the Eucharist is to submerge oneself in the furnace of God’s love. When we are given to understand, or even intuit this reality, we certainly no longer need a directory that imposes on us an appropriate behaviour” (57).

The Hoy Father ends the Letter appealing “to all the Bishops, priests and deacons, to formators of seminaries, to Professors in Faculties of Theology and Schools of Theology and to all professors and catechists, to help the Holy People of God to draw from what has always been the primary source of Christian spirituality,” reaffirming what was established in “Traditionis Custodes,” so that the Church elevates, in the variety of languages, a unique and identical prayer capable of expressing her unity” and this unique prayer is the Roman Rite, which arose from the Conciliar Reform and was established by the holy Pontiffs Paul Vi and John Paul II.

The translation from the original Italian to Spanish is by Father Jorge Enrique Mújica, LC, Editorial Director of ZENIT, and to English by Virginia M. Forrester

Let us hear directed to us John’s cry of love to return to God. And let us not let this Advent go by like days on the calendar because this is a moment of grace for us, here and now! #GospelOFTheDay (Mt 3:1-12)