“We should have a synod on the ocean,” declares Archbishop Peter Loy Chong from Fiji, now in Rome for the Amazon synod. Caritas interviewers  Harriet Paterson and Alejandra Pero spoke with him as the new Caritas environmental report for Oceania is published.

“The Amazon and its forests are important, but we must not forget how significant the ocean is in the web of life,” says Archbishop Peter.

His archdiocese of Suva is situated among the 300 islands of Fiji, many of them low-lying and at risk from rising sea levels and pollution. Archbishop Peter has a passionate concern for the environment and speaks out strongly on behalf of his region’s indigenous peoples and the balance of ecology that sustains them.

“Marine life is the largest ecosystem on earth,” he points out. “Seventy percent of our oxygen comes from there and it must form part of our discussion on integral ecology.” Threats to the Pacific are detailed in the newly-published Caritas report Seeds of Hope on the state of the environment in Oceania in 2019.

“Waters of life have been turned into rivers of death,” Caritas Fiji warns in the report, which highlights short and long term threats to food and water supplies due to mineral extraction in Fiji. The impact of coastal erosion, flooding and sea-level rise is assessed as “high” by the Caritas Oceania experts.

“In Oceania, we are victims of climate change and yet we contribute the least to it,” comments the archbishop bluntly, pointing to the many coastal inhabitants in Fiji being forced to abandon their homes to rising waters.

Unusually, perhaps, for a president of the Oceania Federation of Catholic Bishops’ Conferences, he has written a song called “The Climate Change Lament”, with a rap section that demands: “People of the ocean – we gotta rise – to stop the violation against Creation.”

He also posts environmental videos online, excoriating the destruction caused by industrial mining for gravel and minerals. Mirroring the concerns of Pope Francis’s encyclical Laudato Si’ and the Amazon synod, he doesn’t pull his punches.

“Many conferences are held in Fiji on climate change,” he says in one video, “yet we are silent about care for our own environment. Our government allows corporations to engage in seabed mining, sand, and gravel extraction … These activities are destroying our environment and ecosystems. They have an impact on food security, biodiversity, and soil erosion and are damaging our ways of life.”

The future of indigenous communities in Oceania is under threat, just as it is in the Amazon. People who live close to nature are observing subtle changes to the tides and currents, to water levels and the forests. Traditional knowledge of the land, the river, and the sea has been handed down for generations. But, says the archbishop, “nothing has prepared them for this”. 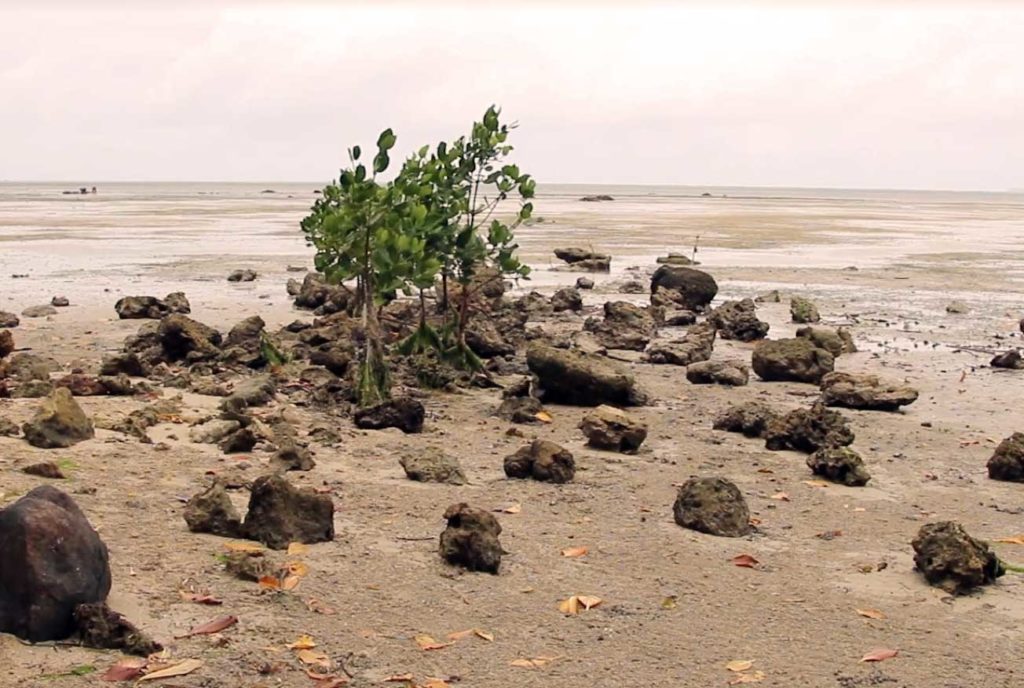 Seabed mining, sand, and gravel extraction have caused short and long term threats to food and water supplies in Fiji. Photo by Archdiocese of Suva Fiji

An emotive archdiocesan video shows coastal dredging: “The effect has been swift and deadly,” intones the voiceover.

“For the people of this coastal community and their riverside neighbours, the smell of death lingers everywhere: in the dead fish, in the trees torn down by the excavators and left to rot by the riverbank, in the silt piled high on fertile land.”

The Caritas Fiji team, operating out of the archdiocese, are supporting local people to protect their environmental rights. Welcomed into the global Caritas confederation this year, the team will submit a report to the Fiji government monitoring companies that damage the environment. The archbishop is determined to bring the true predicament of grassroots communities to the attention of politicians.

Caritas is also encouraging people to take personal responsibility for the environment, as well as training them to be at the centre of local and national discussions on ecological protection.
“We can’t address climate change as a piecemeal and isolated matter,” declares Archbishop Peter.”it must be part of our overall approach to caring for the environment.”

“Integral ecology is where God and creation are interconnected.”