(ZENIT News / Mexico City, 15.06.2022).-Over the last years the Church has witnessed the growth of different movements at whose heart are healing retreats or practices. Some people, including ecclesiastics, regard them with precaution; others criticize them; many don’t understand them. All this is also due, in part, to practices that not only aren’t familiar to the Church’s spirituality and liturgy, but also to the lack of good background theology. To reflect further on the subject of healing, ZENIT interviewed Father Miguel Guerra(@pmiguelguerra), of the clergy of the Legionaries of Christ and of Regnum Christi, who has developed a healing program that has been well received called “Restore Me” [Restáurame (@restaurame1), which he explains below. 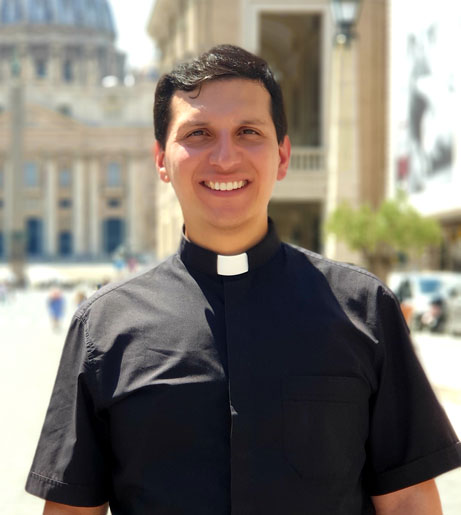 Question: Thank  you for receiving us. What is the reason that, over the last years, the offer has grown of healing retreats or practices in the Church? Furthermore, what is understood by a healing retreat or simply by healing?

Answer: Before answering, I would like to thank you for this time to talk about healing.

I begin by addressing the second question, which can help to understand better the growth of these realities at the ecclesial level.

In the Gospels and throughout His ministry on earth, Jesus repeated countless times that “the Son of man came to seek and to save the lost” (Luke 19:10). In fact, the Greek word used to save is swzw, which not only means to save, but to heal, preserve, give fulness. Thus it is that Jesus, moved by compassion in His innermost being, heals to save, so that we have life, and life in abundance (cf. John 10:10). Hence the general tenor of his addresses and parables, of His signs and miracles, of His words and works is the integral healing of the person: “those who are well have no need of a physician, but those who are sick” (Mark 2:17). 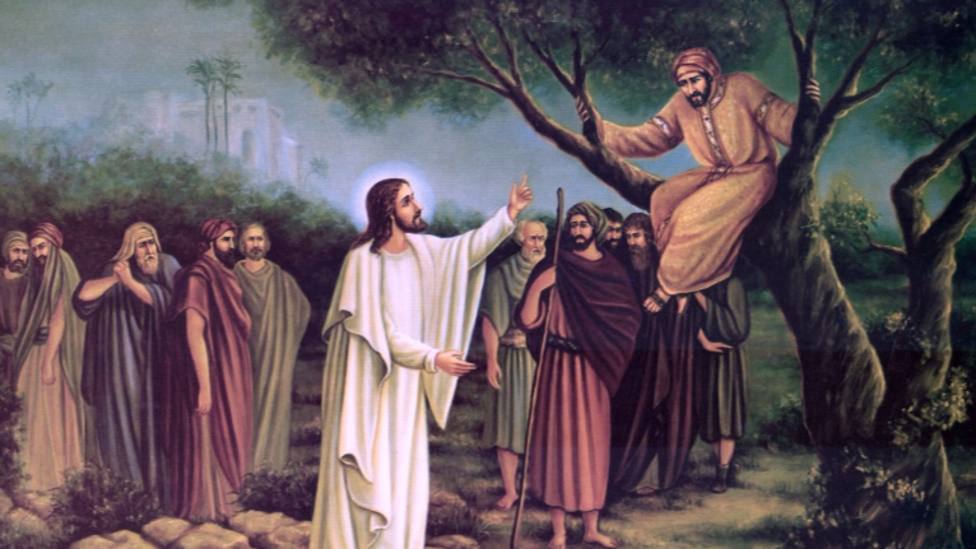 However, today’s world is thirsty for God and society is increasingly in need of restoration. The human being is experiencing more forcefully his broken state and, because of this, in pastoral care we meet in not a few cases with traumatic emotional experiences, of separated families and intrafamily violence, of abuses and sexual promiscuity, of premature engagements and rejection of life . . . Given this desolating scene, believers take recourse to spiritual practices foreign to the faith. They seek in occultism and esoterism remedies for their problems, they take refuge in drugs and alcohol, they fall into despair and depression …

In this connection, healing proposals seek to bring people closer to God, to facilitate the encounter with the One who can save them. This is translated, in practice, in retreats, congresses, moments of prayer . . . strongly marked by the action of the Holy Spirit and the development of charisms. The early Christian communities lived this in an ordinary way, and I believe that, not a few groups are taking up again what is proper to us as believers. In the General Audience of March 9, 1994, Saint John Paul II said the following:

In the light of Saint Paul’s text, charisms have often been considered as extraordinary gifts, especially characteristic of the beginning of the life of the Church. Vatican Council II wished to highlight the fact  that charisms are gifts that belong to the ordinary life of the Church and that they don’t necessarily have an extraordinary or marvellous character. [. . . ].  Moreover, it’s necessary to keep present that many charisms do not have as their primary or principal end the personal sanctification of the one who receives them, but service to others and the good of the Church. Undoubtedly they also tend and serve the development of personal holiness, but in an essentially altruistic and communitarian perspective, which in the Church is placed in an organic dimension, in as much as it regards the growth of the Mystical Body of Christ.

Question: What does a person need to heal and in what sense something that is “spiritual” can help to heal someone? And, in addition: please, can you help us understand how this is founded on Sacred Scripture?

Answer: Growth of the spiritual life happens both by asceticism as well as mysticism. Healing is anchored, specifically, in mysticism, as it’s God who intervenes in the soul to purify it in the memory, affections, intelligence and will. To talk about something being able to be purified is analogous to saying that it’s in the process of healing . . . in fact, it’s necessary to purify the wounds so that they cannot get infected and can heal properly. 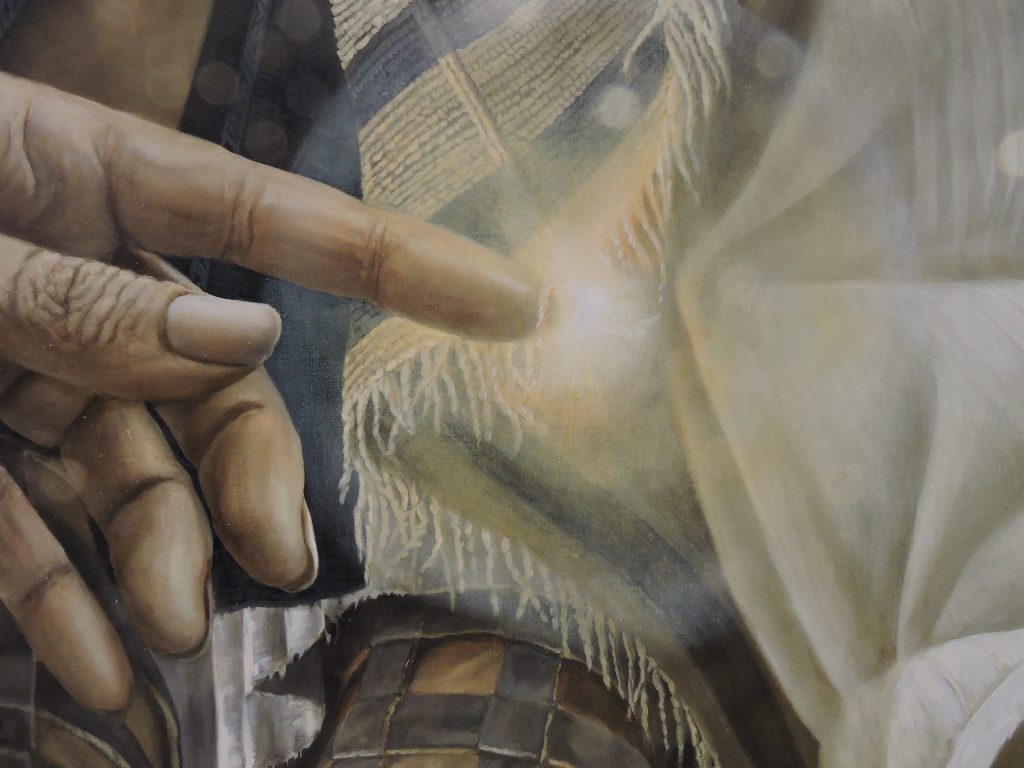 Throughout His ministry, Jesus Christ not only preached the Kingdom but He incarnated it and made it a reality. In face of the question of John the Baptist’s disciples, Jesus answers with signs that inaugurate the messianic era: “the blind receive their sight and the lame walk, lepers are cleansed and the deaf hear, and the dead are raised up, and the poor have Good News preached to them “ (Matthew 11:5).

The cures are a sign of His messianic mission (cf. Luke 7:20-23).They manifest the victory of the Kingdom of God over all sorts of evil and become a symbol of the cure of the whole man, body and soul. In fact, they serve to demonstrate that Jesus has the power to forgive sins (cf. Mark 2:1-12), and they are a sign of salvific goods, such as the cure of the paralytic of Bethesda (cf. John 5:2-9. 19. 21) and the blind man from birth (cf. John 9) [1].

Jesus carries out physical healing as something supernatural to confirm His evangelical message. However, the most important thing is the conversion of thoughts and of the heart (Matthew 9:1-8). Perhaps because of this, during His ministry it seems that Jesus Christ thinks of the healing of the soul before that of the body, and He doesn’t do the latter except in attention to the former:

But that you may know that the Son of man has authority on earth to forgive sins – He then said to the paralytic – “Rise, take up your bed and go home” (Matthew 9:6).

It often happens, although not in all cases, that the healing happens first interiorly, and the physical healing is a manifestation of the new life in Christ, free of all sin. In this regard, Saint Peter reaffirms forcefully in his preaching to Cornelius, that healing and deliverance are at the center of Jesus’ ministry, serving all for the common good:

How God anointed Jesus of Nazareth with the Holy Spirit and with power; how He went about doing good and healing all that were oppressed by the devil, for God was with Him (Acts 10:38).

Physical healing is easy to verify given the evidence shown, including when medicine is unable to give a scientific explanation. It’s not so for inner healing, which entails psychological and spiritual elements.

In the majority of cases, the psycho-spiritual dimension needs the support of both parts to achieve a person’s full integration. To leave  aside the spiritual dimension to focus only on the psychological, or vice-versa, can lead to long processes that do not end up by helping the one who needs it.

Question: Given what you say, does healing then have limitations? What would they be?

Answer: The term limitation can be inadequate to speak of God’s action in souls. I’ll explain: if the healing is God’s grace, the limitation isn’t in “Yahweh who heals you” (Exodus 15:26), but in human freedom, which receives it or rejects it. Perhaps the question is in the line of a doubt that people have with a certain frequency: Why doesn’t God heal me? 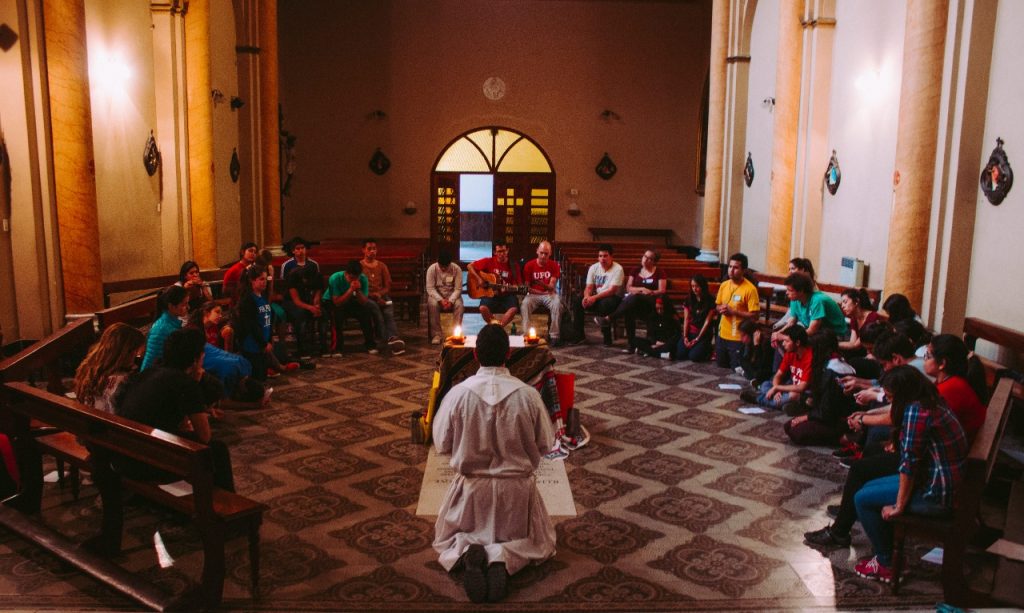 In this respect, the Catechism of the Catholic Church  is very enlightening, especially when it speaks of physical healings:

Moved by so much suffering Christ not only allows himself to be touched by the sick, but He makes their miseries his own: ‘He took our infirmities and bore our diseases.’ (Matthew 8:17; cf. Isaiah 53:4). But He did not heal all the sick. His healings were signs of the coming of the Kingdom of God. They announced a more radical healing: the victory over sin and death through his Passover. On the cross Christ took upon himself the whole weight of evil and took away the sin of the world, of which illness is only a consequence. By his Passion and death on the cross Christ has given a new meaning to suffering: it can henceforth configure us to Him and unite us with his redemptive Passion (CCC 1505).

The Holy Spirit gives to some a special charism of healing (cf. 1 Corinthians 12:9. 28. 30) to manifest the strength of the grace of the Risen One. However, not  even the most fervent prayers obtain the cure of all infirmities. Thus Saint Paul learns from the Lord that ”My grace is sufficient for you, for my power is made perfect in weakness (2 Corinthians 12:9), and that the sufferings I must endure, have the following meaning: “in my flesh I complete what is lacking in Christ’s afflictions for the sake of his Body, that is, the Church” (Colossians 1:24). (CCC 1508).

Healing can also be limited for some lack of forgiveness, for capital sins rooted in the person, experiences of spiritualism that have opened a door to the evil spirit . . . however, with God’s help, all this can be restored.

Part II will be published tomorrow . . .

Let us #PrayTogether for the elderly, who represent the roots and memory of their people, so that their experience and wisdom may help young people to look hopefully and responsibly towards the future. #PrayerIntention