(ZENIT News / Vatican City, 03.09.2022).- Here is a translation of the new dispositions for the Order of Malta dictated by the Pope. Among them are a new Constitution, a new Maltese Code, new provisional government organs and the convocation, including date, of an Extraordinary General Chapter.

The Sovereign Military Hospitaller Order of Saint John of Jerusalem, of Rhodes and of Malta has always enjoyed the special protection of the Apostolic See.

On numerous occasions, Roman Pontiffs –beginning with Pope Pascal II who approved the order with the Bull “Pie Postulatio Voluntatis,” granting it protection and rights and privileges– have intervened to affirm its identity, to maintain its functioning, to help overcome crises, and to guarantee the existence and development of the Hospitaller Order, including its sovereign prerogatives in the international realm.

According to the Ruling of January 24, 1953, dictated by the Tribunal of Cardinals instituted on December 10, 1951 with the chirograph of my Predecessor, Pope Pius XII, of venerated memory, the “prerogatives inherent to the Order […] as subject of International Law […], which are proper of sovereignty, […] do not constitute in the Order that complex of powers and prerogatives, which is proper of sovereign entities in the full sense of the word.” In fact, the Order is “a Religious Order, approved by the Holy See […]. Not only does it pursue the sanctification of its members, but also religious, charitable and healthcare ends. Moreover, “the two qualities of the Sovereign Order and Religious Order […] are intimately related. The quality of the Institution as Sovereign Order is functional, namely, directed to ensure the realization of the ends of the Order and of its development in the world” (Acta Apostolicae Sedis 45 [1953], 765-767).

Therefore, being a Religious Order, it depends on the Holy See in its various articulations. 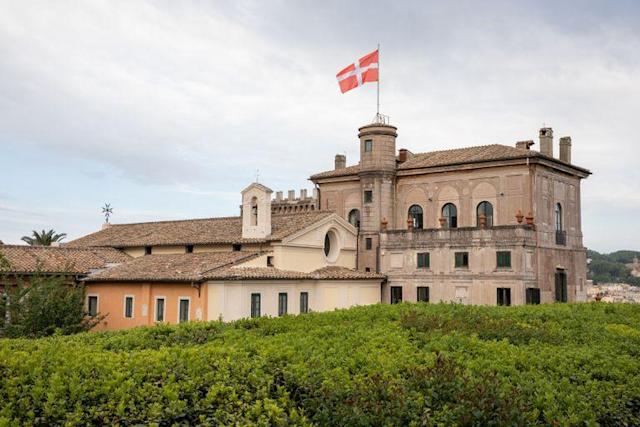 I have followed the course of the Order over these years with paternal solicitude and concern, appreciating the works carried out in different parts of the world, thanks also to the generous contribution of the Members and Volunteers, and verifying also the need to initiate a profound spiritual, moral and institutional renewal of the whole Order, especially and not only of the First Class Members but also those of the Second Class.

To this end, I have entrusted to my Special Delegate, Cardinal Silvano Maria Tomasi, C.S. this important endeavour of reform, as well as the revision of the Constitutional Charter, the Maltese Code and the preparation of the Extraordinary General Chapter. Many important steps have been taken but many other impediments and difficulties have been found on the way.

After listening to and conversing with several representatives of the Order, the time has arrived to complete the renewal process initiated, in fidelity to the original charism.

To safeguard the unity and greater good of the Sovereign Military Hospitaller Order of Saint John of Jerusalem, of Rhodes and of Malta, I

The new Constitutional Charter and the corresponding Maltese Code, approved by me, ordering its immediate coming into force, and I

I confirm all the powers attributed in the past to my Special Delegate until the conclusion of the Extraordinary General Chapter, which will be co-presided over by him and the Lieutenant Grand Master.

This, notwithstanding any legal regulation or disposition to the contrary, as well as any privilege or custom, including worthy of mention, which can be contrary to this decision of mine.

Lastly, I decree that the present Decree come into force today and be notified to the whole Order.